Some 37,000 years ago, a mammoth mother and her calf met their end at the hands of human hunters. 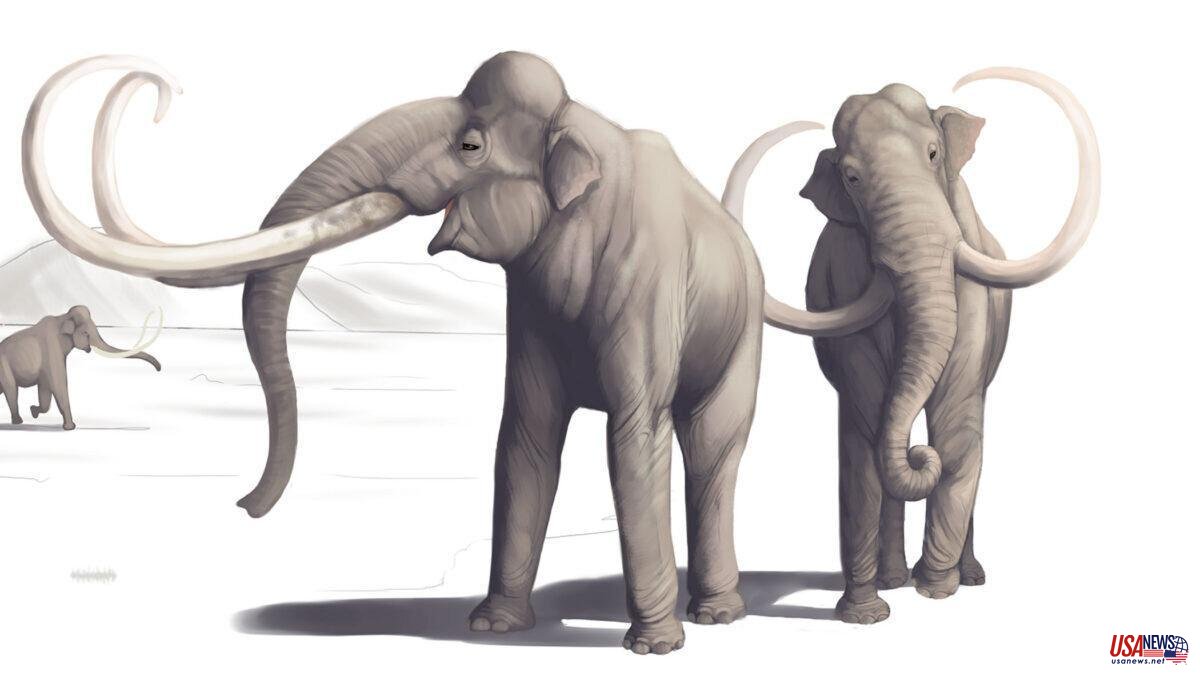 Some 37,000 years ago, a mammoth mother and her calf met their end at the hands of human hunters. Their skeletons were buried in the same place of slaughter, a space where our ancestors took the opportunity to mold the longest bones into disposable blades that allowed the carcasses of animals to be decomposed and their fat to be burned.

The scene would not cease to be common in prehistory if it were not for the fact that it occurred in New Mexico. Some may wonder what is so special about this. And the truth is that humans should not be there at that time in history. Because all the archaeological evidence found so far indicates that they did not reach this far down the American continent until thousands of years later.

Researchers from the University of Texas at Austin say, in an article published in the journal Frontiers in Ecology and Evolution, that the discovered site offers some of the most conclusive evidence that humans settled in North America much earlier than previously known. it was thought.

The site has a quantity of evidence that is rarely found in one place. There are fossils with force fractures, bone flake knives with worn edges, and signs of controlled fire. Carbon dating on collagen extracted from mammoth bones places the remains at between 36,250 and 38,900 years old.

"What we have is incredible," says paleontologist Timothy Rowe. "This is not a charismatic site with a beautiful skeleton. It's all busted. But that's how the story is," adds the specialist, who among his tasks does not include investigating mammoths or humans.

If he got involved in the project it was because the bones appeared in his backyard, literally. In 2013, a neighbor spotted a worn tusk on a hillside within Rowe's New Mexico property. When the expert went to look he found a crushed mammoth skull and other bones that appeared to be deliberately broken.

It appeared to be the site of a butcher shop. But the early human sites are shrouded in uncertainty. The Clovis culture, dating back 16,000 years, left behind elaborate cut stone tools. At older sites, however, where these tools don't turn up, the evidence becomes more subjective, says retired Texas State University professor Mike Collins.

Although this massive New Mexico site lacks any clearly associated stone tools, Rowe and colleagues uncovered a host of supporting evidence by submitting samples from the site for laboratory analysis. CT scans revealed bone flakes with microscopic fractures similar to freshly broken cow bones and well-placed puncture wounds that would have helped drain fat from ribs and vertebral bones.

“There are really only a couple of efficient ways to skin a cat, so to speak,” says Timothy Rowe. "The killing patterns are quite characteristic." Chemical analysis of the sediment surrounding the bones further showed that the fire particles came from a sustained, controlled burn, not from lightning or a forest fire.

Despite the fact that the site is more than 60 meters above the nearest river, among the material found there were also pulverized bones and burned remains of small animals, mostly fish but also birds, rodents and lizards.

Based on genetic evidence from indigenous populations in South and Central America and artifacts from other archaeological sites, some scientists have proposed that North America had at least two founding populations: Clovis and an earlier society with a different genetic lineage.

Based on that, the researchers suggest that the New Mexico site, with its bone tools rather than elaborate stone technology, may support this theory. Mike Collins assumes that this study adds to a growing stream of evidence that would indicate that there were pre-Clovis societies in North America.