Furniture La Fábrica is the largest furniture store in Valencia and they know well how expensive it is, at the moment, to refrigerate the 4,000 square meters that house armchairs, sideboards and dining rooms waiting for the customer. 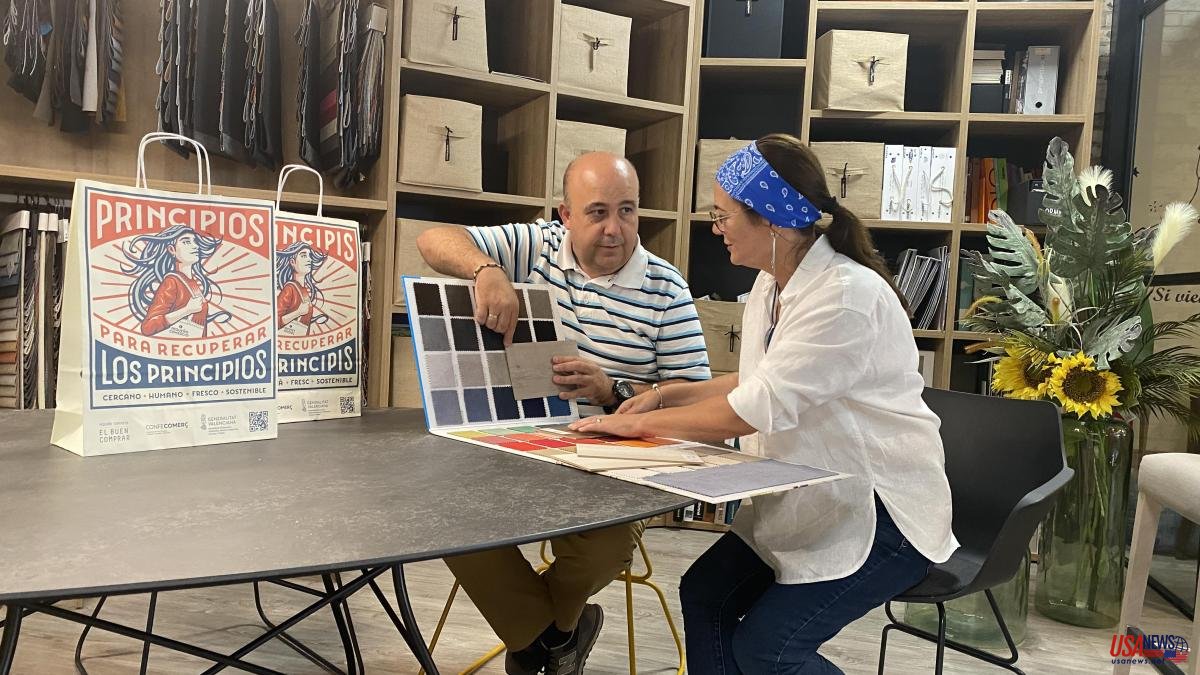 Furniture La Fábrica is the largest furniture store in Valencia and they know well how expensive it is, at the moment, to refrigerate the 4,000 square meters that house armchairs, sideboards and dining rooms waiting for the customer. "This year the electricity bill will double that of last year, but in August it was impossible not to put on the air conditioning," says José Gómez, manager of this emblematic establishment open since 1972 and located in one of the most populated from the city.

Despite the energy crisis, the team at this store, where fifteen people work, is optimistic because since the pandemic they have noticed an upturn in sales. “We saw it after confinement. People lived from doors out and after this, they changed. Now they keep coming because they want to improve their home”, explains Loli Díaz, commercial director.

With a long history in this business, they know that September is synonymous with going back to school and, in their case, with an increase in sales of youth furniture and, now also, of work tables and chairs for the population that continues to telework two years later. .

Thus, at the end of the year they will receive new rates from suppliers, who have gone from updating prices annually to doing so almost every three months due to market volatility. "We cannot pass everything on prices, because we have enormous competition with online commerce," adds José Gómez.

“And this year we don't know how it will go, they are giving us a lot of fear that the fall is going to be hot, but we resist. Of course, we also need help, ”they both comment. They propose, for example, that VAT be reduced on products such as mattresses or adjustable beds because "they are essential for many families," explains Díaz.

In the same boat, that of the small Valencian business, is the Saratoga fashion establishment, which Borja Ávila's father opened 53 years ago in the center of the city. He assures that this season they are “beginning to recover what was lost in the pandemic and we are almost close to the 2019 figures, although the margins have nothing to do with it.” It manages four establishments and employs 10 people.

And the problems are beginning to accumulate due to the energy crisis: the electricity bill is doubled -they start paying from 300 to 600 euros per month-, transport costs are growing non-stop and they have had to restart some brands. “Fixed costs are very strong. Suppliers used to raise the CPI for us, but now the increases are almost 10%”, explains the businessman.

“We are all very sensitive to prices, but small businesses offer something different and that builds loyalty, but in these times of high energy costs, shopping nearby has value. We work so that the client has what he asks for, even knowing that this will be a time when we are going to have fewer supplies”, he adds.

Cristina Vicent also knows that these are different times, from whose butcher-poultry shops in the Cabanyal and Central markets she observes daily consumption. "It's true that prices have risen, that people are tightening their belts more, but people keep going out... look how the bars are!" says Vicent, who has been in the butcher shop since 1994 and whose family has always been in the business. She assures that among her products, the elaborate ones are the most successful because “people prefer to work a little less at home and enjoy more”.

He has increased prices because "now the genre is more expensive, you sell more expensive even though you earn less, but it was impossible not to act," he says. As measures, they have just changed the electricity company "to a cheaper one" and instead of turning on the light of the counters at seven, they wait until half past seven, "but I cannot turn off a camera and take the cold out of the chicken ", Explain. There are now solar panels on the market and their cost has decreased as well, he adds.

Faced with the possible drop in consumption, businesses like Cristina's manage to continue showing the customer that they are by their side. She takes advantage of the fact that she has a hotel delivery man to accept home orders and continues to use communication via WhatsApp to conquer her clients, some of whom she made in full confinement.

It offers closeness and humanity, it assures, values ​​that these days the Confederation of Trade, Services and Autonomous of the Valencian Community (Confecomerç CV), to which they all belong, in the launch of its new campaign. After what they learned during the pandemic, they point out that it is "essential" to have a nearby store in the most critical moments, "to be able to guarantee your most basic needs".

According to its president, Rafael Torres, reality makes us see that “the purchase decision involves thinking about how it affects our planet. And that change of mentality is more and more present, and it has come to stay”.

With this motto, the campaign Principles to recover the principles wants to put the accent on the international situation from the windows and counters of small Valencian businesses. 10,000 posters and 290,000 bags are distributed these days to demand that the customer, if he spends, do so in a sector that still does not breathe easy after Covid-19. "Our SMEs, micro-SMEs and the self-employed are the main generators of wealth, and those that favor the growth of our municipalities," adds Torres.