How to ruin a country in a week

Three weeks after arriving in Downing Street, Liz Truss has presented a budget that has set off alarm bells in the financial community, caused the pound to collapse and dashed Tory expectations. 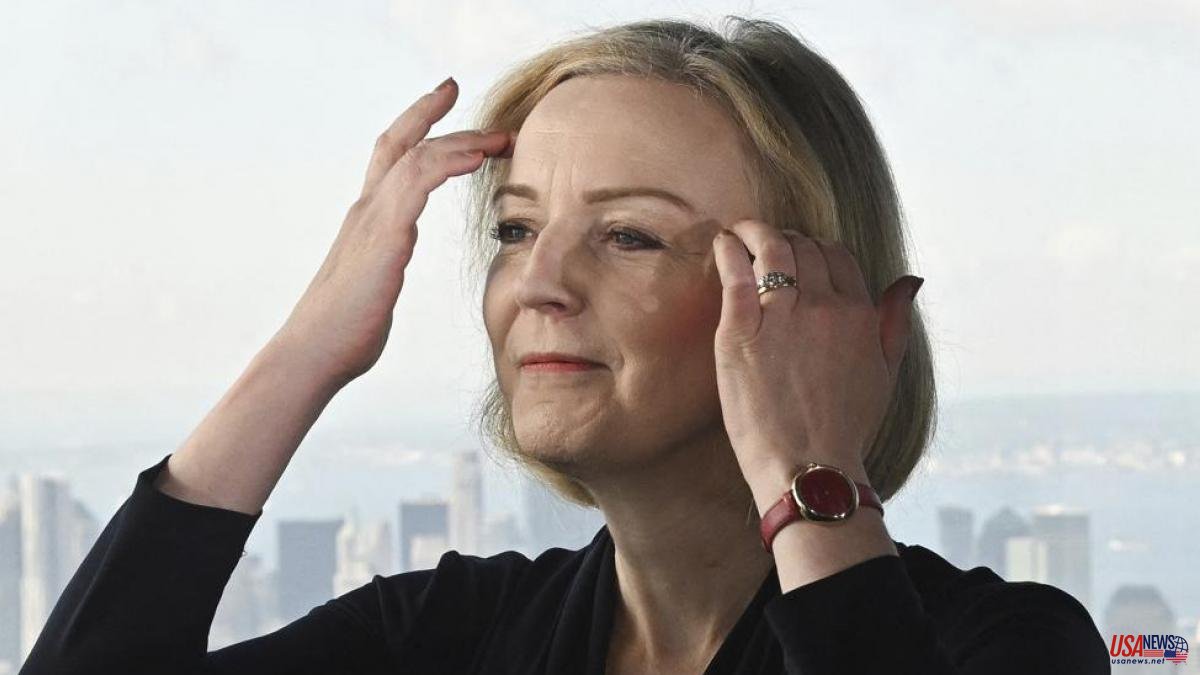 Three weeks after arriving in Downing Street, Liz Truss has presented a budget that has set off alarm bells in the financial community, caused the pound to collapse and dashed Tory expectations.

There are times when economic policy is decided around a sirloin steak. One night in 1974, the economist Arthur Laffer shared a table at the Two Continents restaurant in Washington with two wild boars from the American administration, Dick Cheney and Donald Rumsfeld. The two later played a relevant role in the invasion of Iraq and the search for weapons of mass destruction. But that night what worried them was how to lower taxes. It was precisely at that dinner that Laffer "invented" the curve.

The Laffer Curve is an inverted U-shaped diagram that the economist drew on a cloth napkin. The diagram relates tax revenue to withholding rates. The higher the rates, the less people work and the income goes down (and vice versa). With a 0 tax, the collection is nil. With a 100% tax, nobody wants to work and the collection is also null. The discussion is in what happens between 0 and 100%. Since the curve is shaped like an inverted U, there are two different tax rates, but they raise the same amount. One will do so with a lower tax withholding level than the other. Logically, governments will always seek to apply the lower of the two rates. And tax cut advocates will always try to convince us that we are on the wrong side of the curve.

The curve served to justify tax cuts. The thesis that sales stimulated the economy was not new. But the curve was a brilliant way to visualize the ideas and desires boiling in the heads of advisers to Margaret Thatcher and Ronald Reagan when they came to power in 1979 and 1980.

The diagram was also not new. Laffer had used it in his classes for years. Who popularized it was the fourth diner, the journalist Jude Wanniski, who put away his napkin and explained the dinner in a book (The Way the World Works, 1978).

Years later, Laffer said he had no recollection of what happened that night. Nor were economists generous with the curve. They accused her of imprecision. And the reality has not endorsed it: tax reductions rarely report increases in collection. But the story went viral. According to Nobel laureate Robert J. Shiller, what made it so popular was how it was told: the dinner, two powerful men, the drawing on a piece of cloth...

The Laffer curve shows how important stories are. How they are counted. Of the stories surrounding the early years of Margaret Thatcher and Ronald Reagan, the most compelling is that of the Iron Lady. Reagan was an actor who explained complex ideas in a simple way. “The government is not the solution, it is the problem” he used to say. But she was different. She was a crusader for neo-liberal ideas, a woman possessed by the conviction that she was going to change British society.

The neoliberal counterrevolution was launched as if it were a coup. Just a few weeks after arriving in Downing Street, Thatcher passed the first budget, which contained significant tax cuts and cuts in social spending. She knew that she had to act quickly. The UK was in a recession and inflation had skyrocketed. But Labor was knocked out and public sector unions had the country almost paralyzed. She had to take advantage of all that irritation. Thatcher's policies aroused hostility, also among her own. But she had four years to overcome that unpopularity. Thatcher held on. She privatized and deregulated. And indeed, British society came out of the ICU completely changed.

Thatcher occupies a prominent place at the altar of Tory saints. From Theresa May to Boris Johnson, everyone has taken her as a reference, but none has dared to do something similar. Only Liz Truss has wanted to emulate her this week and compensate voters for the failure of Brexit, which, contrary to what they promised, has not released growth. Quite the contrary.

On Friday, September 23, three weeks after taking office, Truss and his finance minister, Kwasi Kwarteng, presented a mini-budget with aid of 70,000 million pounds to alleviate the increases in energy in homes and a tax cut. to the highest incomes of 50,000 million. All this without explaining how it was financed.

It was like an electroshock. The British pound plummeted. There were massive sell-offs in gilts (UK Treasury bonds). The Bank of England had to make significant bond purchases to avoid pension fund defaults. The collapse of the pound was like the farewell message of the United Kingdom as a power after the death of Elizabeth II. The Tories had put ideology above common sense.

Truss introduced a tax cut to stimulate the economy even at the price of losing his control and in the confidence that the Bank of England, by raising interest rates, would protect the pound and curb inflation.

But the markets have not bought the formula. Nor institutions like the IMF, which have asked him to rectify. The Tories have not calibrated the changes that occurred after the 2008-2010 crisis, which has questioned the obsession with the deficit and the emphasis on austerity policy. The problem, moreover, is that Truss does not have the time that Thatcher had. She is only two years and three months old. And polls put Labor 33 points ahead. Will she run out of office or will she be kicked out?