How to open a successful business: 4 entrepreneurs tell us their story

Hardly anyone better than Javier Martín exemplifies that well-known phrase by John Lennon that says that life is what happens to you while you make other plans. 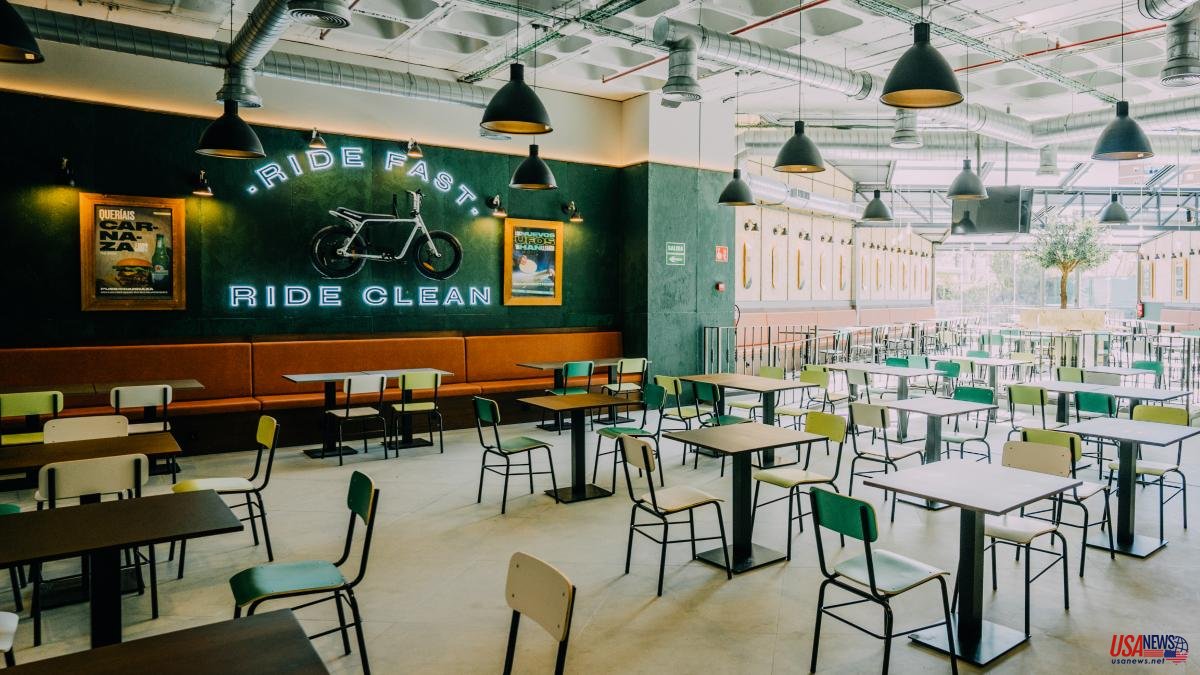 Hardly anyone better than Javier Martín exemplifies that well-known phrase by John Lennon that says that life is what happens to you while you make other plans. During the holidays of the year 2000, this manager from Madrid of a large fashion company traveled with his wife to Islantilla, Huelva. There, both noticed how they set up a curious tavern of just 20 meters from "100 Montaditos". On their return from vacation the following years, they verified how the establishment did not stop growing in space and clientele.

Five years later, he decided to be the one to open his own 100 Montaditos franchise together with two partners. Javier, who already had experience operating franchises in the fashion sector, thought that choosing him in this new field would have a future. As usual, the beginnings were not easy: the premises were on a little busy street and the brand was taking off. On the other hand, the three partners combined their work in their company with this project and the days were exhausting. It was from 2009, once the growth of their store had been consolidated, when they decided to open three more stores in Madrid; then came Alicante, Palma, Seville… Today Javier employs about 180 people.

The one who also knew something about franchises is Diego D. Gil, since he had worked as Expansion Director in Restalia and knew how the brands and the business work. In addition, he had always wanted to have his own business, and he ended up opening a franchise in Los Barrios, Cádiz, in 2016. The place started operating from day one. That same year, once settled in the area, he opened his second 100 Montaditos store in Algeciras. In addition to the personal satisfaction of being the owner of his own business, the day-to-day experience, says Diego, has made him grow professionally.

In 2012, Enrique Juliá had a franchise of a brand of dental clinics in Orihuela, Alicante, but for family reasons, he and his family decided to settle in Madrid. For several months, Enrique was thinking about different job options, until he decided: he would open a 100 Montaditos between the neighborhoods of Salamanca and Chamartín, in an area with offices, schools and other services, despite the fear of completely ignoring the sector of the hospitality.

The most difficult thing was learning to manage the business well, organizing in general with the staff, the products... It was a demanding start but, 10 years later, Enrique, who has a very large family, has achieved, thanks to his franchise, the ability economically to get them ahead and also to reconcile, which, together, seems to him to be no small thing. His 100 Montaditos has become an integrated and fundamental part of the neighborhood.

Luigi Anedda, from Cagliari, the capital of the island of Sardinia, already had a job that was going well for him, but he always dreamed of having his own catering establishment. After consulting with the pillow a few nights if he opened his own store or a franchise, in 2016 he opted for the latter, to which a partner, Fabio, joined. The most difficult thing to undertake was, without a doubt, taking the leap and investing.

Little by little, its 160-square-meter premises filled with groups of young people, especially on weekends, and with families throughout the day. Six years later, Luigi makes a positive assessment of an experience that gives him peace of mind, since he earns an extra monthly thanks to this place and while he can continue with his work.

What was the secret of the success of Javier, Diego, Enrique, Luigi and their partners? When starting a business adventure, courage and constant work are, without a doubt, the two basic pillars that were common to these entrepreneurs, although each one encountered different eventualities in their franchises.

In the case of Javier, when he opened his first tavern, that franchise model was still young and in full development phase, so he learned the trade in parallel with the growth of the business concept and the support from Restalia. especially in difficult moments. The franchise format allowed him to solve everything that he did not know about restoration and experience the company from a very complete perspective.

The most difficult thing for Diego was to understand all the administrative steps that he had to take to create a company, although Restalia's advice and the fact that it was also in charge of the works of the premises meant that he only had to choose the personnel and put it to work. The best thing about this experience for Diego is that it is not a conventional hotel industry, but rather easier, simplified, with much fewer suppliers. The worst, he says, is the demands and responsibility of managing your own business, although it is also the most satisfying part.

For Enrique, what was definitive was the day-to-day work, getting involved, learning every day, asking questions and following the brand's guidelines, for example, with the product, in terms of assortment and price. All this, believing that a franchise has many chances of success, but being realistic and understanding that factors such as the selection of the premises, the manager, personnel management, and the supervision and direction of the business can tip the balance towards success or failure. failure, beyond the model.

Despite the initial vertigo, coupled with the fact of franchising a foreign brand, for Luigi everything was easier and even better than he expected, since he felt supported by the Restalia team from the moment he chose the place to open. Something to which he attributes his success in his country is, without a doubt, the offer of youthful Mediterranean cuisine compared to the so frequent food of American concepts.

All of them also agree that an important factor in achieving success with a franchise is the value of the brand, which is consolidated and differentiated in the sector, as these 100 Montaditos franchisees think, with attributes such as an original offer; that it is a pleasant meeting place; competitive prices; attractive promotions; the good value for money and a "made in Spain" concept that has been able to complete its offer and adapt to the times and to the majority of the public at a price that everyone can afford, even more so in times of crisis.