How to murder your husband

At any moment, Nancy Brophy, 71, will know how her latest chapter ends. 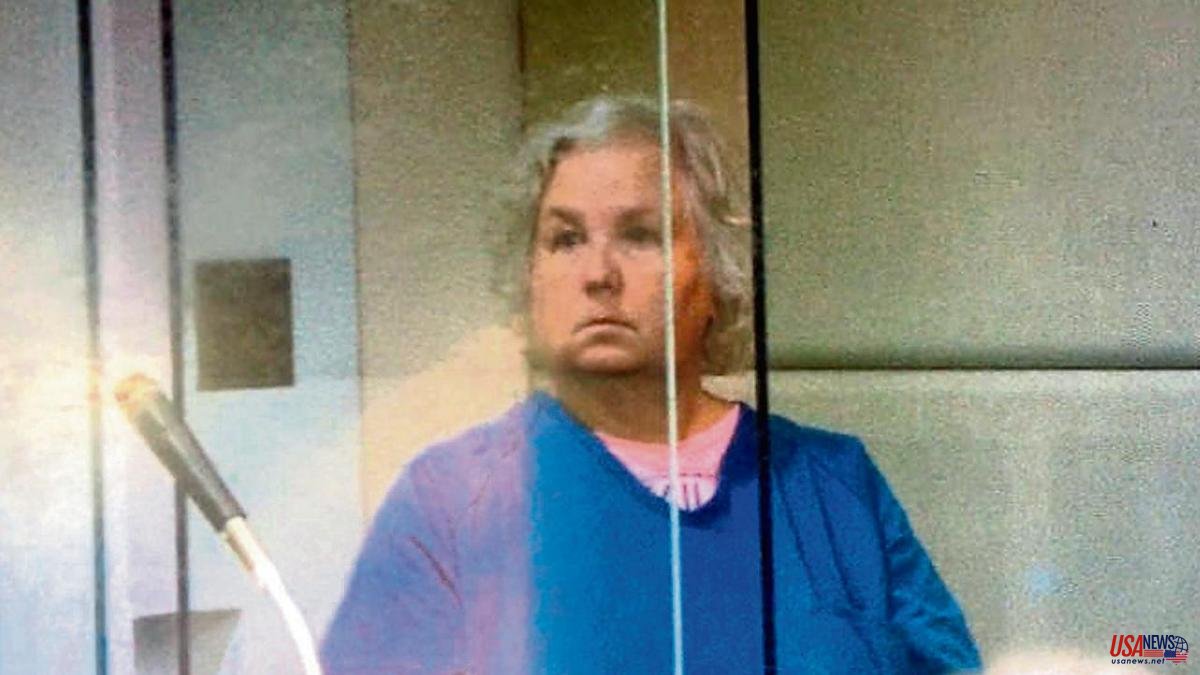 At any moment, Nancy Brophy, 71, will know how her latest chapter ends. Innocent or guilty?

Perhaps it is another of those cases in which to apply the “any resemblance to reality is purely coincidental”. But Brophy, described as a "romantic novelist" (does not mean that there are no crimes) faces the great plot of her life in a court in Portland (Oregon).

Although he published some pamphlets in his university days, Brophy's literary career did not flourish until in 2013 he self-edited five stories with titles such as The wrong husband (The wrong husband) or The wrong lover (The wrong lover). Her readers (few) found there torrid and betrayal stories, crossed love affairs, police procedures and even the collection of a multimillion-dollar life insurance.

Since then he has released four other novels that have brought him little profit. However, these weeks his essay How to murder your husband became relevant, a text in which he explains several ways to kill the husband and determines that committing maricide is only worthwhile if it cannot be resolved. In the room it was recalled that her thesis is that if a woman kills her partner, she will be the first suspect, so she has to be "organized, ruthless and very intelligent." She in her words: “After all, if murder is supposed to set me free, I don't want to go to jail. Let's be clear, I don't like prison uniforms and orange is not my color."

Nancy Brophy has been locked up since September 2018. She was arrested three months after her husband's death.

As she had written, the investigators suspected her almost immediately. They did not believe her role as her grieving widow. Police accuse her of shooting Daniel Brophy twice in her back at the Oregon Culinary Institute, a culinary school where he worked as a chef. The students found him lifeless that June 2 when they arrived at classes, shortly before eight.

Before formulating any charges, the agents dedicated themselves to collecting evidence. They took surveillance video of Nancy driving her vehicle around that school just minutes before the event. In her statement, she assured that she was in bed that morning, thinking about a story, jotting down ideas.

They also discovered that he had bought a gun and parts to assemble it and make it different from the one that was supposed to be the weapon used in the crime. The circle was closed when discovering that, as in her novels, she tried to collect an insurance policy that amounted to 1.4 million dollars.

Defense attorney Lisa Maxfield gave a different version. The economic situation of the couple was going in the right direction after a time of tribulations. There was no mobile, she stressed her. She then suggested that an unidentified homeless man caused Daniel's death during a botched robbery.

The daughter of lawyers, Nancy Lee Crampton (birth name), came into the world in Wichita Falls (Texas) on June 16, 1950. She graduated from a high school in her city in 1968 and studied Economics at the University of Houston. She married a policeman. The relationship didn't work out. Seeking a fresh start, she Nancy moved to Oregon in 1991 and enrolled in cooking classes, where she met Daniel, four years her junior. He was her teacher. In 1994 he separated from his wife. Nancy and Daniel celebrated her union in 1999. Her real story, not the one forged in her imagination, has been the subject of the trial.

Faced with the versions that made her a murderer, Nancy Brophy decided to take the stand and reply. Although she acknowledged that she wandered around with her car that morning, she did not lie to police. She happened that the impression of what happened caused such a shock that she suffered an amnesia. And she bought the gun, true, but to set a story. "No relationship is perfect, but my strength and weakness complemented each other," she confessed.

For the prosecutor, she committed the murder to achieve a lifestyle that he could not offer her. The defender, on the other hand, reproached that the accusation was a speculation based on literary stories. The jury, which is not a book club, has the last word.