How to move from coal to renewables without leaving anyone behind 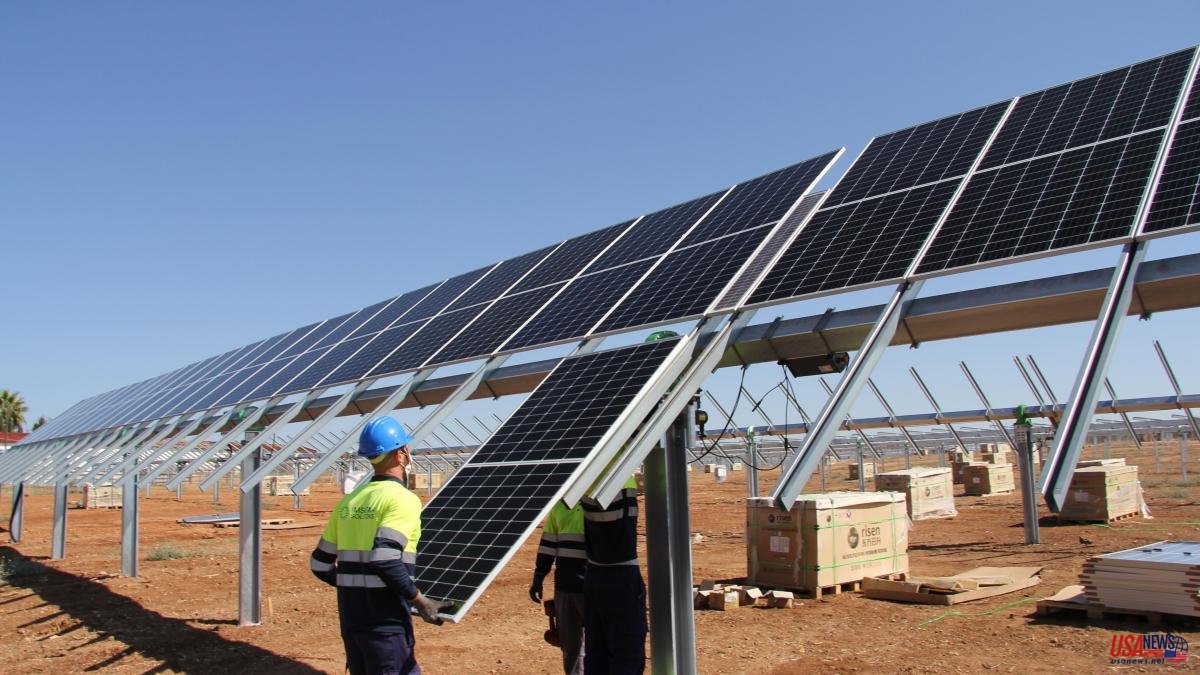 Roberto, Luis, Ada, Sergio, María, Sira, José Alfredo... are some of the protagonists of this story. That of Andorra, a municipality in the province of Teruel with a mining tradition and a population of just over 7,300 inhabitants. In 2020, it saw its thermal power plant, one of the largest in Spain that had provided employment and life to the region for forty years, stopped working. When it was closed, Endesa – the company that owns the facility – made a commitment to Andorra and the people of Teruel. I would not leave them behind.

With the award of the first fair transition tender in Spain, the one for the Mudéjar knot, to Endesa's renewable subsidiary, Enel Green Power España, what seemed like a utopia began to take shape. Gone were more than three years of previous work, analysis and meetings.

The initiative, in which Endesa will invest more than 1,500 million euros, stands out for its innovative nature by proposing the hybridization of 14 renewable solar and wind plants, energy storage and the development of green hydrogen projects to truly decarbonise the industries in the area.

Around this energy pillar, initiatives have emerged that provide a social and environmental benefit that will give life and work to the towns that were affected by the closure of the plant. "Once all the renewable facilities have been built and the entire socio-economic plan has been put into operation, up to 500 permanent jobs will be created in five years in the Andorran environment, which means far exceeding the direct and indirect jobs generated by the thermal power plant" , points out Rafael González, Endesa's General Director of Generation.

María Malaxechevarría, General Director of Sustainability, adds that Endesa's plan for Andorra is the result of an exercise in social craft, designed through a participatory process that has had the collaboration of more than thirty entities and local agents from all over the world. productive sectors. "It is not theory," Malaxechevarría underlines, "it is a reality. These are innovative and unique projects with which we seek to fix the rural population through the creation of employment and the diversification of economic activity, taking advantage of the territory's own resources For its development, we have a training plan that will benefit 5,500 people in the next three years”, he explains.

Another of the people involved, Inmaculada Fiteni, responsible for Endesa's Sustainability and Circular Economy of Generation, adds that the project has been developed over a slow fire. "We have met with farmers, breeders, beekeepers, businessmen, training managers, etc., to find out their needs and see how we could adapt the activity to the project and vice versa, and that the final result is a feasible hybridization for all".

Roberto González is the owner of Apicultura La Cerrada and one of the people who has joined the Andorra transformation plan. His hives will be located in the so-called green areas of the solar parks. "Let's see how it all goes," he says. "In Carmona it is working, and there are no reasons why it shouldn't work here." González is referring to the Carmona photovoltaic plant in Seville, where Endesa has created a solar apiary, a pioneering project that, in addition to supporting beekeeping, contributes to the sustainable development of the local community. "We will set up apiaries in the solar parks and we will promote beekeeping with visits to the hives and the future Andorra Beekeeping Museum", he explains with satisfaction.

More cautious is Luis Gracia, a shepherd from the region who will take his more than nine hundred sheep to graze between solar panels. However, until he sees how the cattle behave amid the metal structures, Gracia will not venture to say if the initiative works or not, and how it benefits him and his brother, owners of a family business that has passed down from generation to generation and that now "doesn't go far, just to get by". Although this Endesa initiative has already proven to work in other solar plants in Spain.

Industrial activity will regain prominence in Andorra. An example is Soltec, a company that will build a factory for solar trackers – "structures that follow the sun, like a sunflower", points out its director, Sergio López Oña – in the surroundings of the thermal power plant. The one in Andorra will be its second manufacturing center in Spain – the first is in Murcia, where Soltec originates – and will generate 40 permanent jobs once it is operational. "We have opted for Andorra and we will provide the necessary training to give its people work. We are going to make this work", he remarks, convinced of the success of the initiative.

The plan for the region of Andorra is also based on local commerce and tourism. One of the most relevant agreements has been the expansion of the Ariño Spa, which will allow the creation of at least 27 permanent jobs in the area. Sustainable tourism initiatives will also be carried out –such as the Green Mile of the energy transition and the Val del Zafán greenway– and the construction of a Bird Fauna Research and Dissemination Center.