Viktor Ishchuk, soloist of the Kyiv Opera Theater and founder of the Ballet of the Kyiv Classical Ballet, where he choreographs and performs the main roles, has decided to leave his war-torn country to tour with Swan Lake, a ballet that has always sell. 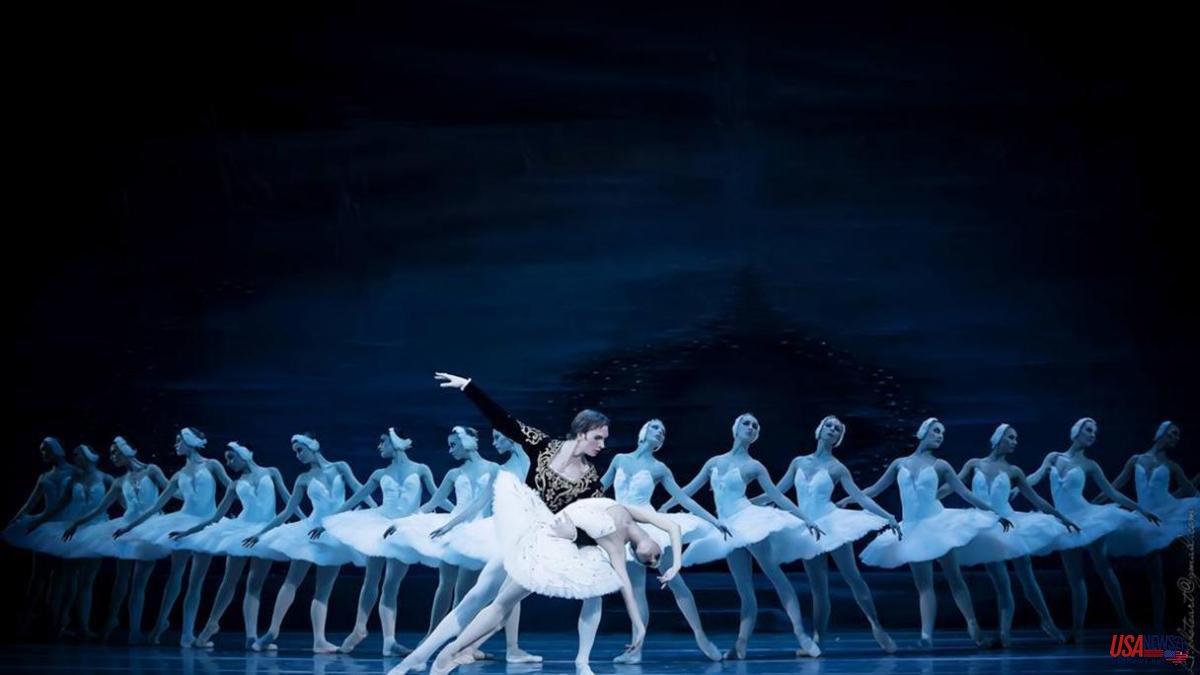 Viktor Ishchuk, soloist of the Kyiv Opera Theater and founder of the Ballet of the Kyiv Classical Ballet, where he choreographs and performs the main roles, has decided to leave his war-torn country to tour with Swan Lake, a ballet that has always sell. The idea is to allocate part of the money to organizations that deal with refugees, such as the Red Cross of Catalonia (when it arrives at the Tívoli in Barcelona from July 6 to 17) or Unicef ​​Ukraine, which watches over the Ukrainian dancers themselves who find themselves without worked.

But like the rest of the male dancers in the troupe, he will have to ask permission to leave the country, even if it is a tour to benefit those affected by the Russian invasion.

Born in 1983, the year before the pandemic he met the Argentine dancer Ana Sophia Scheller with whom he now forms a tandem. In 2019, this former soloist of the New York City Ballet and the San Francisco Ballet entered the Kyiv Opera under contract and artistically tuned in with Ishchuk, to the point of being a dance partner.

But the Russian invasion caught her working in Palermo. She no longer came back. In the Ukrainian capital, she left her former company colleagues and her dog... "Let's see how I can bring her back," says this artist over the phone, whom the Spanish public has had the opportunity to see these last two years as guest of the National Dance Company.

Fighting against the ravages of war is going to reunite Ana Sophia and Viktor after months. Formed mainly by soloists from the Opera of the Ukrainian capital, the Kyiv Ballet, based at the Kyiv International Center for Culture and Arts, toured the stages of half the world under normal conditions, from Switzerland, Germany, France, Poland or Croatia to cities in China and Mexico. Not only with classics like The Nutcracker, Sleeping Beauty, Don Quixote, Giselle... but also with his own creations, like Eyes wide Shut.

In this Lake with which they arrive in Barcelona and which will take them to Madrid, Bilbao, Seville, La Coruña or Lisbon, it will be possible to appreciate if the war has made a dent in the company or if it preserves the sobriety of its dance, the perfection of its lines and the virtuosity of his soloists. Scheller, who is the current artistic director and will perform in some performances as a prima ballerina, says that one of the things she liked most about the Ukrainian Opera was the daily classes.

"I had just left the San Francisco Ballet at the time they offered me a contract, because I wanted to be free to do different things outside of a company," explains Shceller from Italy where he is currently acting in the production of Aida de la Arena di Verona, where in July he will also dance in La Traviata.

“As a dancer you already have perfectionism but the details are very important to me. And being in New York City and San Francisco I worked on clean technique, although focusing on that sometimes takes away the character's freedom. Actually, it was in the Ukraine that I started to feel like I was playing a role. I really immersed myself in the character that was dancing. That is something that comes with years of career, when the artistic side rises and emerges. But there I had a teacher, with whom we understood each other in French, who explained the roles to me and helped me work on the character. Something unforgettable".