How to create a monster in Russia by smoking crack

My investments doubled and then doubled again. 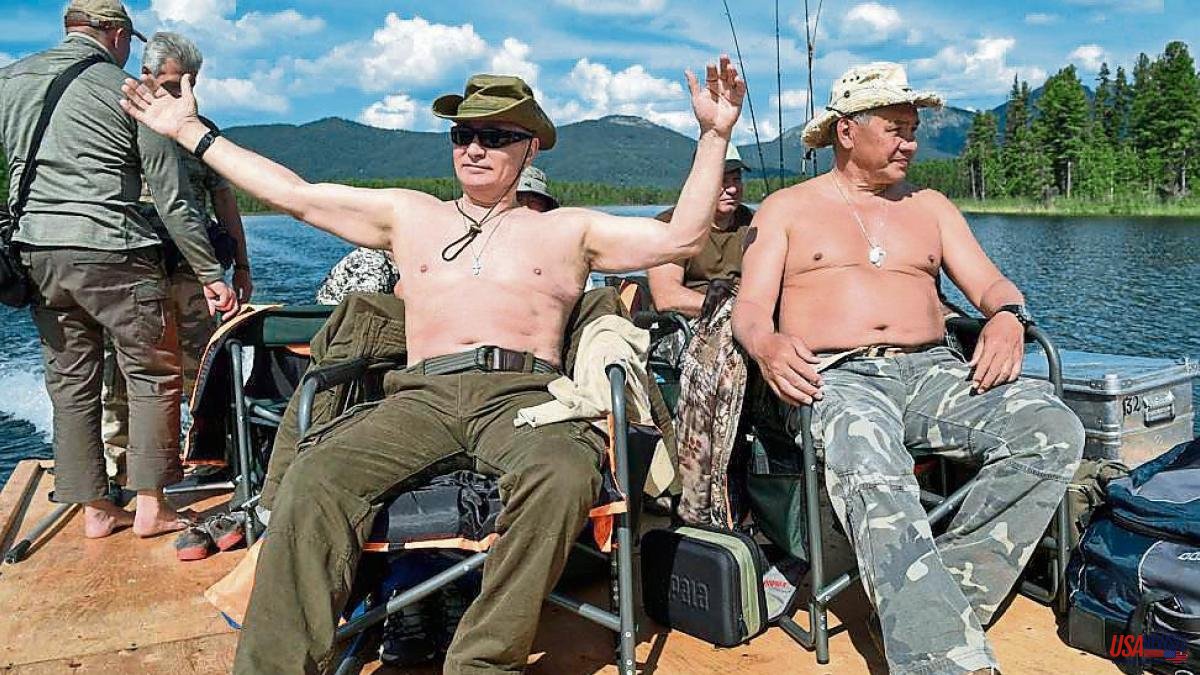 My investments doubled and then doubled again. Finally they were revalued almost ten times. For those uninitiated, the feeling of finding a stock that appreciates tenfold is the financial equivalent of smoking crack. Once you've done it, you want to repeat it over and over again, as many times as you can." With this plastic and provocative metaphor, the financier Bill Browder recounted his first big hit in post-Soviet Russia at the end of the 1990s. The protagonist, founder of the Hermitage Capital fund, explains it in Red Notice, an essential book to get an idea of ​​the looting that the financial adventurers who came to Russia from the west embarked on, competing with the local mafias and the remains of the Communist Party of the former USSR. They were the pioneers of the privatization and liberal recipes promoted by the US in the country that at that time was presided over by drunken Boris Yeltsin.

“Russia had 24% of the world's total natural gas, 9% of the world's oil and produced 6.6% of the steel, among many other things. But this incredible treasure trove of resources was on the market for only ten billion dollars!” The total value of the Russian economy was equivalent to 2% of the Spanish economy at the time.

The Yeltsin government had doled out that money in the form of hundreds of millions of privatization vouchers, pounced upon by “fraudsters, businessmen, crooked bankers, armed guards, money-changers, Muscovites, buyers and sellers from the provinces, all of them cowboys in a new frontier”.

In a prominent place, Western investors and future oligarchs, those who in the end would end up being the masters of the new Russia. Their system was relatively simple, they bought the vouchers like bottles of vodka and exchanged them for portions of ownership of companies they knew, through inside information, violence and/or bribes, to be worth much more than it seemed.

One example is Gazprom, now known throughout the world after the gas supply crisis. “One of the largest companies in the world, although its total market value was less than that of any company in the same business in the United States. But in terms of hydrocarbon reserves, Gazprom was eight times larger than ExxonMobil and twelve times larger than British Petroleum, the world's largest oil companies, even though it traded at a 99.7% discount on each barrel with respect to those companies. With that investment, in just five years, Browder multiplied his investment by a hundred, "the best investment he had ever made in my entire life." On the same scale, or even higher, operated the native oligarchs who, in addition to money abroad, amassed more and more power and influence in the politics and government of Russia.

How could it be otherwise, this dynamic bankrupted the Russian economy, impoverished the population and laid the foundations for the authoritarian turn. Financial crisis and the need for foreign aid. The packages of the International Monetary Fund (IMF), tens of billions that, as they arrived, were exchanged for rubles in free fall and forwarded to the accounts of the oligarchs in an endless rosary of tax havens.

And why did the IMF lend itself to this game of emptying, social impoverishment and criminal economy for the benefit of the new Moscow plutocracy? In reality, the international organization was acting on the instructions of the US presidents, who in those years took advantage of Russia's economic weakness to define a new global strategic order.

Aid to Russia was the equivalent of a bribe in exchange for transfers in arms and expansion of NATO to the east. In another essential work, in this case on relations between the US and Russia since the fall of the Wall in 1989 until the rise of Vladimir Putin to the presidency of Russia, Mary E. Sarotte, Not one inch (not one inch... to the east), documents that exchange of military and geostrategic concessions of an intoxicated Yeltsin in exchange for the money that Bill Clinton was giving him in doses calculated according to the magnitude of the humiliation so that the Russian could sustain himself in a bad way, won elections while the looting continued. The credits thus obtained “did not commit Moscow to the usual conditions of the IMF to carry out onerous economic reforms. Instead, as one analyst later noted, “the political objective of the IMF credits was obvious to everyone: to help re-elect President Yeltsin in the face of a powerful communist threat. The IMF lost its credibility. The prize included Russia's access to the world's richest club, the G-7. But the path of NATO's eastward expansion, America's real goal, remained unchanged.

Always at the cost of nursing the monster that was growing in Moscow, the alliance between the oligarchs and the Russian political leaders, increasingly nationalistic in the face of the evidence that Washington was fortifying a system of international relations tailored to its needs. Sarotte concludes that the entry of the Baltic states into NATO in 1999 "combined with the installation of Putin as president in December of that year, this decision meant that 1999 ended with the establishment of a post-Cold War order that closely resembled the to his predecessor: mistrust between Moscow and Washington over a divided Europe (...), now with the dividing line further east”. The crimes of Putin's army in Russia are no less so in view of the background, but in the paternity of the monster, the West has much more responsibility than it wants to admit after its speech of good and bad.