As of September 1, a Renfe user who has a single combined transport ticket must use their ingenuity to find the combination that allows them to get hold of the mode of transport that best suits their economy, once announced free exclusive Renfe season tickets, which do not include the rest of the combined TMB tickets issued by the Metropolitan Transport Authority (ATM). 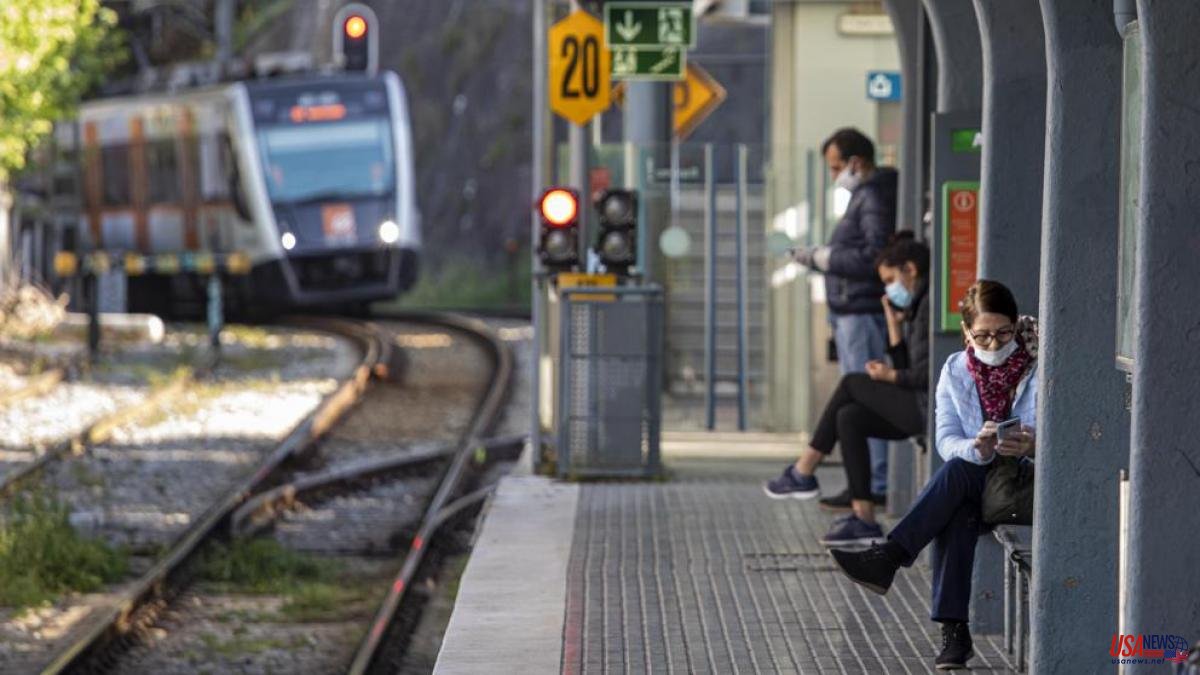 As of September 1, a Renfe user who has a single combined transport ticket must use their ingenuity to find the combination that allows them to get hold of the mode of transport that best suits their economy, once announced free exclusive Renfe season tickets, which do not include the rest of the combined TMB tickets issued by the Metropolitan Transport Authority (ATM).

The proposal to reward 100% travel on the Rodalies network for four months has raised numerous expectations, but also many doubts. Experts argue that the railway network may suffer more collapses with this initiative because it could increase the number of users by 15%, taking into account that there may be a transfer of users of other means of transport, such as the bus. In this sense, Renfe sources affirm that they do not calculate reaching collapse since the Rodalies network is currently at 80% occupancy compared to 2019, before the pandemic. As for the specific collapses that can occur at certain peak hours, they assure that all solutions will be studied.

Rodalies Renfe users currently have two types of multi-trip tickets, Renfe's own, limited to circulation by rail, and integrated ATM passes that allow intermodality, the connection between different metropolitan means of transport. The cost of these tickets will be reduced by 50% from September 1, 2022.

For its part, the Autoritat del Transport Metropolità (ATM), the inter-administrative consortium that coordinates and plans public transport in the Barcelona metropolitan region, assures that it will not make any decision on the integrated transport tickets that they manage for another fifteen days, at the next board of directors. They will also wait to have absolute certainty about the announcement made by the Spanish president, which will be officially ratified with the publication in the Official State Gazette.

The most used Renfe multi-trip ticket is the Bonotren, which includes 10 trips to be made in 90 consecutive days, valid exclusively for the eight Rodalies lines, now costs between 10.25 euros for one zone and 47.75 euros for six areas, and until the end of the year it will be totally free. The free nature of this title will force the user to calculate whether, during the four subsidized months, it will pay to maintain other combined titles such as the T-Usual, which in this case will reduce the cost by half, going from 40 to 20 euros. Other Renfe passes are quarterly and monthly.

The price of the Transports Metropolitans de Barcelona (TMB) metro and bus tickets will also be affected since new discounts derived from the state percentage will be incorporated. In this way, the 10-trip T-Casual will cost 5.68 euros for trips in the first rate zone, compared to the 11.35 it currently costs.

By way of comparison, a traveler from Arenys de Mar who travels by train to Barcelona and who usually buys a T-Casual that costs him 39.20 euros every 10 trips and allows him to have a metro trip free of charge, from from next September you will be able to travel for free and at your destination purchase another ATM card from one area, for which you will pay 5.68 euros, with which the total savings compared to the current trip will be 33.52 euros.

On the other hand, the bonuses will also affect Medium Distance trips such as the Bono 10 Regional, a title for travelers who make 10 trips, the simple 10 card or the T-10. The regional monthly pass, the monthly 40 card and the monthly 40 unlimited travel card will also be free. Similarly, Avant trips, such as the plus, plus 10, plus 10-45 and plus 10 student cards, will be offered free of charge.

In declarations in Congress, Sánchez has calculated that these measures will benefit 75 million trips. Likewise, he recalled that the autonomous communities and town councils will receive direct aid to reduce the price of their transport passes and multi-trip tickets by 30% and that, within the scope of their powers, they can extend this reduction to 50%, 60% or complete free.