The heads were normally cut off at the base of the neck and either strung on a vine or thrown directly into a basket to be carried to the processing site. 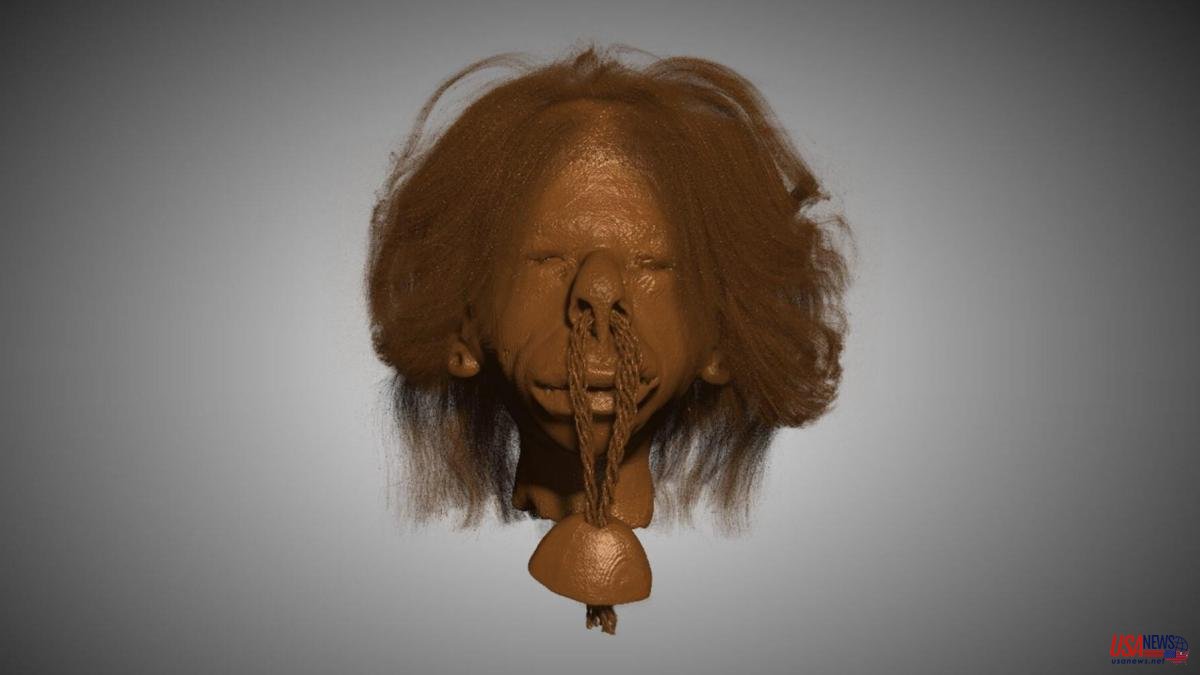 The heads were normally cut off at the base of the neck and either strung on a vine or thrown directly into a basket to be carried to the processing site. The scalp was split open with a bamboo knife or a sharp stone or shell, and the skull (which was discarded) was removed.

The skin was then boiled for up to two hours, which killed the microbes and caused the meat to shrink slightly. Then it was a matter of turning the face and scalp over, removing as much tissue as possible, sewing the eyes together with fibers from an Astrocaryum chambira palm, and putting everything back in the correct position.

Et voila. This is how some Amazonian tribes created the famous shrunken heads (known as tsantsas). As a final detail, the mouth was closed with bamboo pegs (or sewn with more fibers) and hot rocks were placed inside the head to help shrink it further. Finally, sand, also hot, was poured inside to fill all the nooks and crannies, drying it to ensure its preservation.

Researchers at Western University have spent the last few months verifying that tsantsas are authentic human remains and not a fake made from animal bodies or other alternatives often used in commercial reproductions, they explain in an article published in the journal PLOS ONE. .

They used computed tomography (CT) and high-resolution scanners to study, for example, a shrunken head from the collection of the Chatham-Kent Museum in Notary, Canada. "This technique really redefines archeology because it stops being aggressively destructive," explains Amerindian (Anishinaabe) tribal specialist Lauren September Poeta.

This examined tsantsa was donated to the Canadian museum in the 1940s by the Sulman family, after they purchased it during a tour of the Amazon basin. The original record barely indicates that the head comes from the "Peruvian Indians". And nothing more.

Once this sample is authenticated, researchers from the Universidad San Francisco de Quito will work together with representatives of the Shuar and Achuar peoples (also known as jíbaros) from Ecuador and northern Peru to try to verify more representations of this type "that would contribute a lot of information about history, culture, rituals and identity”, say the experts.

"We need to better understand the whole process of tsantsa construction because ethnohistoric sources vary quite a bit," says anthropologist Andrew Nelson. Many texts suggest that the shrunken heads were created to trap the soul within the remains while the eyes and mouth were sewn shut.

By shrinking the head of a fallen foe, the victor was believed to harness their spirit for servitude and prevent the soul from avenging the death of the adversary. "The tsantsas are a good representation of the indigenous history of South America, but their commercial legacy highlights the existence of colonial networks around the world," says Poeta.

Although the team of researchers achieved conclusive evidence that the analyzed tsantsa are human remains, what they could not determine is whether the purpose of the head shrinkage was ceremonial or commercial. The eyes and ears, in addition to the hair, served to confirm that the remains belonged to a person.

The sutures used to close the incisions, as well as the eyes and lips, can only be thoroughly examined using this modern technology. "If vine (a bush) materials were used to seal the eyes and lips, the tsantsa could probably be identified as ceremonial, but if a more modern and cheaper thread was used, that is a detail indicating that interests existed." commercials when it was made", concludes Poeta.