How the UK has changed since Elizabeth II's coronation in 1953

Somewhere in Britain, half a dozen people have gathered on a farm to watch the coronation of Queen Elizabeth II on television. 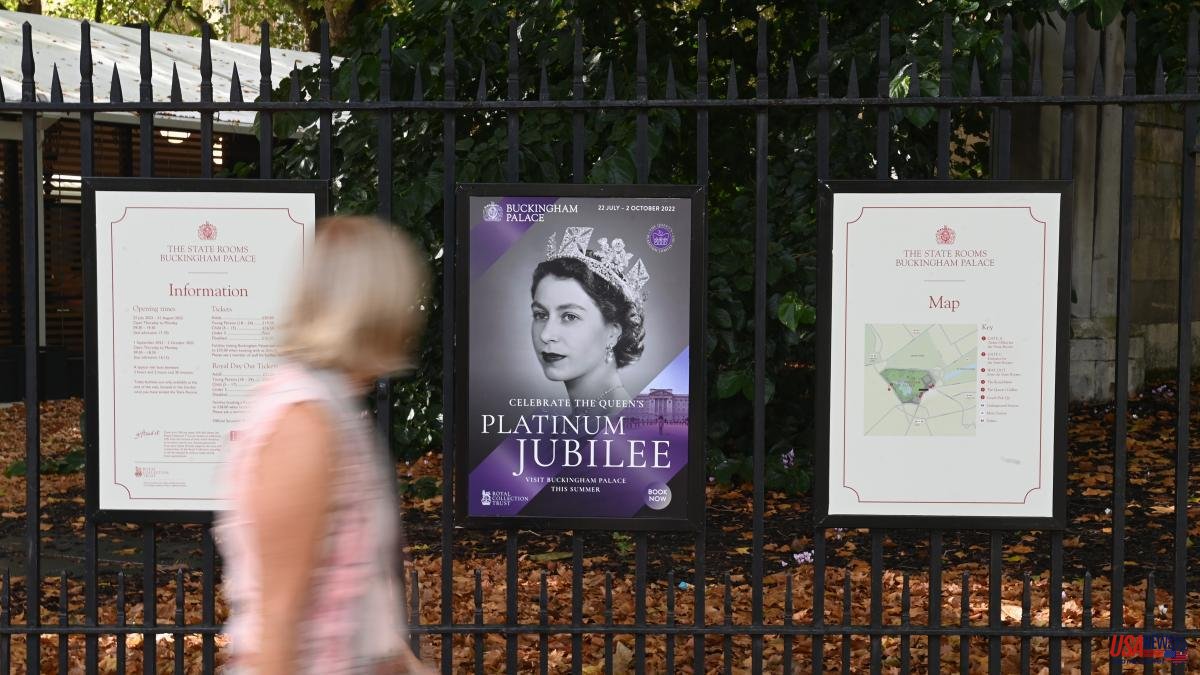 Somewhere in Britain, half a dozen people have gathered on a farm to watch the coronation of Queen Elizabeth II on television. "It's a tiring day for her. Two and a half hours in Westminster. All day, actually," says one of them. "I hope she took a couple of sandwiches," comments another. Someone adds: "Let's see if any of the ladies-in-waiting stumble and we laugh a little." And then: "They put a canopy on her when they anoint her, what a detail."

That scene, recorded by an informant from the Mass Observation project (a movement to study collective behavior that was a kind of benign sociological espionage network), could be an excerpt from The Royle Family, a sitcom from the 1990s in which the characters sat down to watch television, or the most recent variant, Gogglebox (transparently adapted in Spain as I rule here). In 1953, just like today, British viewers couldn't help but focus on more mundane matters. Won't the queen go hungry? It's good that they put a canopy on it. They were scathing, but without reaching irreverence. In some respects, not much has changed since then.

Instead, his country has indeed been transformed. In the year of the coronation, the people of the United Kingdom lived and worked in ways that seem as strange to us today as late Victorians would have seemed to those who watched the coronation on those blurry black-and-white screens. British historical data allow us to appreciate the differences.

The young queen ruled a less populous and younger country. Of the 50.6 million people in the UK in 1953, 21.6 million were under the age of 30 and only 8 million were 60 or over: a ratio of 2.7 to 1. If you look at movies from that time, the crowds of children are as conspicuous as the ubiquity of hats. Since then, the country has grown and exceeds 67 million; has also aged. The ratio of young to old is 1.4 to 1, and it's still going down.

The queen married at the age of 21 and a year later gave birth to her first child, Carlos. In that sense, she was quite typical of her contemporaries. In 1953, 65% of births were to women under the age of 30, compared to 40% today. Only 5% of births took place outside of marriage; today the proportion is 51%. However, Elizabeth had three more children, and that was unusual. She was born in 1926. The average woman born in that year had 2.2 children throughout her life. Monarchs do well to rise above average: English history is littered with examples illustrating the havoc wrought by uncertainty in the line of succession.

Isabel was also unusual for having a job, albeit a peculiar job. In 1953, women represented 32% of the employed population; today they constitute 48%. And it was especially rare for a mother with young children to work outside the home. According to the 1951 census, only one in six did.

His first public role, before he started giving speeches, was in the Auxiliary Territorial Service, where he learned to repair and drive ambulances and jeeps. And he spent a good part of his life in the company of soldiers and former soldiers. In that sense, she was typical of her generation. In the year of her coronation, the British government was still counting on men to do military service, and she would count on it for another decade. The armed forces consumed a huge proportion of public spending. In 1953-1954, 9% of Britain's national income was spent on defence, one and a half times more than the combined budget of the NHS and public education.

In 1953, some foods (particularly meat and dairy products) were still subject to wartime rationing. And British diets were very heavy. The average person (man, woman, child) ate almost two kilos of potatoes a week, almost five times more than today. The second most important vegetable was cabbage. About 200 grams a week were consumed, six times the consumption of modern Britons. The kitchens must have given off sulphurous aromas.

Now, people may not have noticed it, because in the year of the coronation there were two other odors ubiquitous. One was the smell of tobacco. Almost all men and many women smoked: according to a study carried out in 1951, 87% of doctors over the age of 35 were smokers. Within a year of coronation, the same study provided strong evidence that smoking was linked to lung cancer. The prolonged decline in smoking began a few years later.

The other omnipresent smell was coal smoke. Coal powered Britain's factories and trains, generated its electricity and heated homes. In 1953, the country extracted 230 million tons of ore, more than four tons per person. The coal industry employed some 700,000 workers. In 1966, when the queen visited Aberfan, a Welsh town destroyed by an avalanche on a coal mine tailings, she went to the heart of the British economy. In 2019, Britain's coal production was just a million tonnes.

Britain has changed profoundly in some ways that have gone unrecorded. For example, in 1953, it was a much whiter country. It is not known exactly how white he was, because the census did not ask for that information until 1991. Secrecy involved same-sex couples. In the mid-20th century, less was known about people's faith than is known today, even though religion was much more important then than it is now.

In a few respects, British society seems to be returning to the patterns of the coronation year. Divorces were extremely rare in 1953, when there were only 30,000. The number then continued to rise, peaking at just over 160,000 in 1992, the year two of the queen's children separated from her spouse. However, divorce has become less frequent again; no doubt, because people are much more likely to marry only when they are very sure of their partner. Currently, the annual number of divorces is around 100,000. The population of London is more or less the same as it was in the middle of the 20th century. In the interval, it lost 2 million inhabitants (due to a hasty policy of relocating the working class from the capital to the new peripheral cities) and then regained roughly the same number.

The seven decades from Elizabeth's coronation to her death set a record that will probably never be broken. The spectators of two successive coronations may not be so different again. Barring a huge social upheaval or new techniques emerge that greatly prolong life, Britain will change less under Charles, William or George than under Elizabeth.