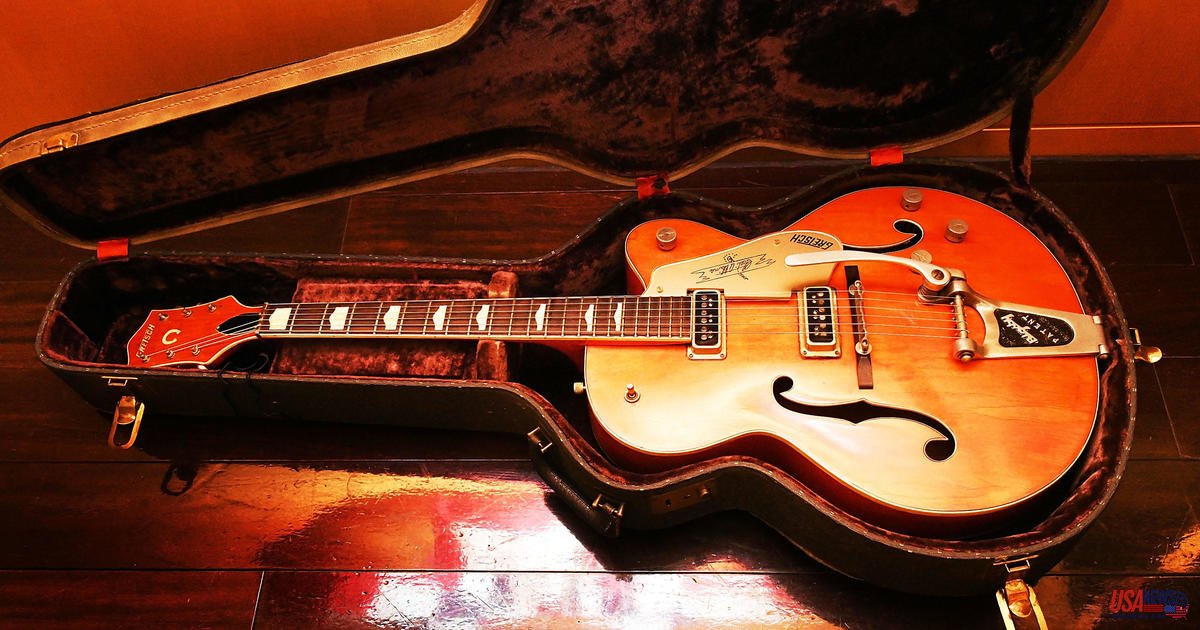 Tokyo -- "American Woman" is a rock song and one of the most popular songs of the 1970's. However, Randy Bachman, guitarist for The Guess Who, discovered in 1976 that the guitar he used as a songwriter, and several other hits, had been stolen from his hotel bedroom.

Bachman was haunted by the theft for nearly 50 years. But, as Elizabeth Palmer, CBS News senior foreign correspondent, reports, it was a happy end to the 46-year-old story when two musicians met on a Tokyo stage last Friday.

Bachman Turner Overdrive was formed after he recorded his hit song with The Guess Who. When his Gretsch Gretsch, his favorite guitar and first, was stolen from his hotel in 1976, Bachman was already well on his way towards becoming a rock star.

He said that he had experienced a "non-sleeping period for approximately a week" and that he was "just crying and grieving".

Bachman and life eventually moved on but Bachman never recovered from the loss.

He often reminisces publicly about the guitar. This includes in an interview clip posted to YouTube by William Long in 2020.

Long remained in Vancouver as the COVID-19 pandemic swept through. The amateur internet sleuth began to search for the stolen guitar in an attempt to fill the time.

Randy's interview was on YouTube. Long recalls that he said that it had a small mark at the top of its main control knob. It would be easy for me to identify it. It was easy to find.

He searched through thousands of images online in search of that unique mark until he found an orange Gretsch in a Tokyo vintage guitar shop. It was the perfect match. The excitement of the discovery was followed by bitter disappointment. The guitar was sold. He continued to search, unaffected.

He spotted the item with its owner a few days later. Takeshi, a young Japanese musician, was performing in a Christmas video that he had posted online.

It's unlikely that we'll ever know its exact location, but Bachman saw it for the 46th time last week at the Canadian Embassy's Theater in Tokyo.

Takeshi offered to return it, and Bachman gave Takeshi his twin guitar, which was made in the Gretsch factory in the same year, the same week.

On stage, they did what musicians do: Made music. They sang "American Woman" to celebrate their old guitars, new friends and minor miracles.