How Pride organizers respond to increasing threats to LGBTQ events 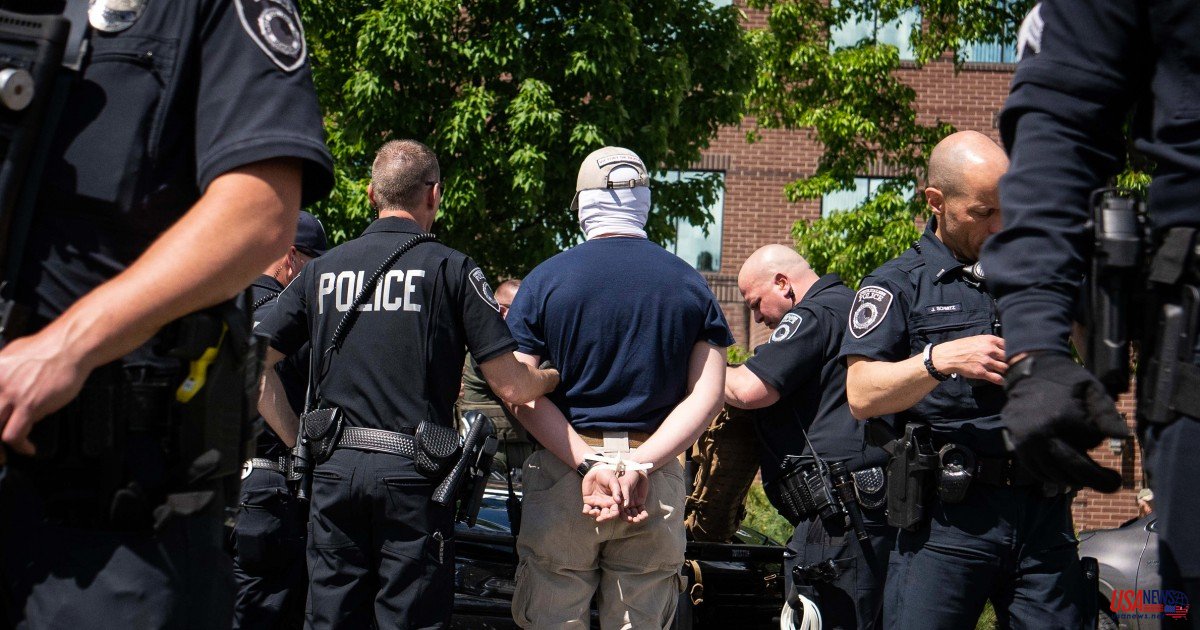 White nationalist groups targeted at least three LGBTQ events last weekend. But organizers of Pride parades or festivals insist that they will not be intimidated.

Police arrested 31 members of the white nationalist group Patriot Front for conspiracy to riot on Saturday after they were seen near the annual "Pride in the Park", event in Coeur d'Alene in Idaho with gas masks.

On Sunday, the six-year anniversary at Pulse of Orlando's shooting, five men described by witnesses as being part of the Proud Boys, disrupted a Drag Queen Story Hour at San Lorenzo Library, California. According to the Star-Telegram, around 30 protestors gathered at a Texas venue hosting an all-adult drag brunch show that would benefit two charities.

Police also arrested a Canadian man who threatened to shoot people at the West Palm Beach "Pride on the Block” event.

Pride organizers across the country stated that even though harassment and threats have increased, they are still going to continue their parades and festivals as planned. They plan to rely on safety and security protocols that many have increased in response to the current national climate for the LGBTQ community.

The largest pride parade in North America, the NYC Pride March will return to New York City on June 26, the first time since 2019. It attracted 5 million people in 2019, and it is now back.

Heritage of Pride's media director Dan Dimant stated that the group behind NYC Pride has no plans to change the march based on its safety guidelines.

He stated that "we are always in close cooperation with local and federal authorities." "This year, our private security has an even larger footprint than previous years to ensure that everyone can have a safe, enjoyable, and memorable return of in-person Pride.

Dimant noted that both the executive board and staff of the group receive active shooter training each year.

From June 18 through June 26, Chicago will host a variety of Pride events. According to NBC affiliate WMAQ-TV, Chicago Police Superintendent David Brown warned anyone who might be planning anything after the incident at Coeur d'Alene.

Brown stated that officers from the Joint Terrorism Task Force were working closely with the FBI and other federal agencies in order to collect intelligence ahead of the June 26 Pride parade.

According to WMAQ TV, he stated that "We will be vigilant to ensure this event, and other, go off safely." "And we will hold you responsible if [and] you do anything to jeopardize safety of others."

Even though organizers of events in more conservative areas are often prepared for their events ahead of time, many say it's not unusual for them to have protestors.

Myndie VanHorn is the founder of the LGBTQ group Chroma in Lewiston Idaho. It's located about two hours south from Coeur d'Alene. She said that the group will host its Celebrate Love event on July 9, 2019.

She said, "I'm a little anxious if I'm being truthful."

VanHorn stated that the first Celebrate Love event was held in 2016 as a result of the shooting at Pulse nightclub. It was put together by her and other members of the community in eight days.

VanHorn stated that he still received death threats at that point. "I haven’t received anything similar in the years that followed, but this year feels different, especially with Coeur D’Alene and the 31 arrested up there. So I'm a little anxious about it."

She stated that she will meet with the Lewiston Police Department's chief of police to discuss security.

VanHorn stated that she was reluctant to talk about the event which attracted up to 800 people in past years because she didn’t want to accidentally invite hate, but she also said, "I don’t want to hide."

Augusta Pride president Michael Barnard in Augusta, Georgia said that he was uncomfortable sharing details about the event's security plans. He stated that the group is prepared for any worst-case scenario ahead of the Pride parade on June 25. This event has attracted almost 14,000 people in previous years.

He said that there have been protests in the past. This is not unusual at LGBT festivals, especially in South. "But for most of the festival, we have never had any incidents, and that's been going on 12 years."

Eric Ward, an extremism expert and the executive director of The Western States Center, which advocates for inclusive democracy, stated that organizers can take steps to prevent harassment and violence from white nationalist groups, especially those who have targeted LGBTQ events. They can also pay more attention to online rhetoric and get in touch with local human right organizations that may be monitoring far-right groups in their area.

He said, however, that to prevent similar incidents like the one in Coeur d'Alene, the federal government (including the Departments of Justice and Homeland Security) would need to increase its resources for monitoring online criminal activity.

Ward stated that he believes the lessons from Charlottesville are still relevant. "When there is a lot of social media and internet rhetoric leading to an event organized by white nationalists it should signal to national leaders and community leaders that violence is possible. This should not be the case when these people are attempting to organize across state lines in order to assemble.

Ward stated, "It's targeted because that community brought inclusion into America." Ward said, "It has created the space around equity and what it takes to move forward together across all lines of difference. This is what scares the Patriot Front and Proud Boys, as well as other alt-right groups.

Barnard stated that Augusta Pride will continue in its current form because he has seen the importance and value of having a place where people feel comfortable. He said that the group had hung a banner at past festivals that people could sign. One year, someone wrote "I came out today because I am proud."