Hotels in Catalonia are already more expensive than before the pandemic

Neither ómicron, nor the war in the Ukraine nor the triggered inflation seems to have slowed down the tourist demand in Spain. 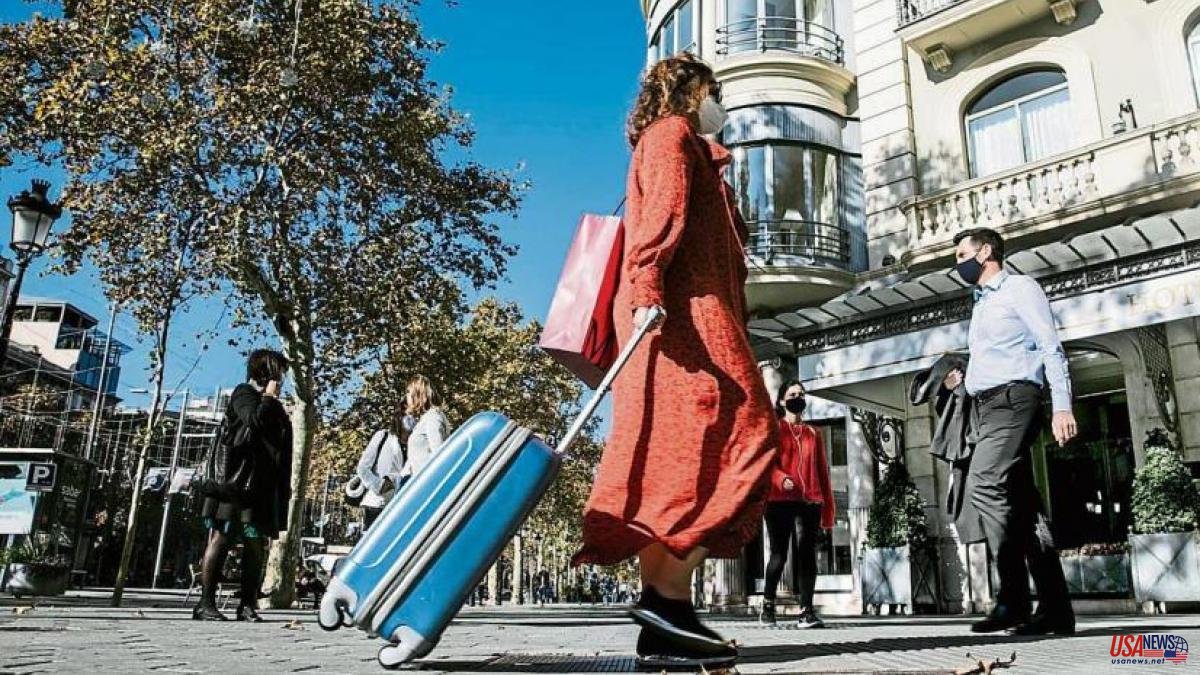 Neither ómicron, nor the war in the Ukraine nor the triggered inflation seems to have slowed down the tourist demand in Spain. The increase in travelers since Easter has been consolidated with such force that companies in the industry have been able to quickly recover prices to pre-pandemic levels, some even higher, as has happened with accommodation in Catalonia.

Catalan hotels are already more expensive than in 2019, indicate the latest data from the INE, released yesterday. With the Easter holidays marking the start of the season, the average daily rate in establishments reached 105.44 euros in April, 45% more than in the same month a year ago and above 94.76 euros of 2019, a year in which the arrival of tourists marked record figures.

The hotel rate in Catalonia exceeds the national average, of 96.28 euros, and of communities such as Madrid, with 101.49 euros. Only the hotels in the Canary Islands are now more expensive, at 119.77 euros, with the circumstance that the islands are now in full high season and therefore From the hotel sector in Catalonia they point out that the reactivation is being "very positive". "Prices are clearly recovering, perhaps they have not yet reached optimal levels, but the situation has certainly improved," they maintain.

And it is that in 2021, especially during the first half of the year, hotel prices in Catalonia suffered a strong devaluation to try to attract customers, even if it was at the cost of putting down prices. In Barcelona it was easy to find a five-star hotel at prices never seen before, around 100 euros. This strategy caused some concern, because when prices are lowered once, it is often difficult to increase them again. And also, because some sectors saw the ears of the wolf of low cost tourism appear. During May and June 2021, some hotels and tourist apartments were filled with young French people wanting to party, who caused problems in some establishments.

That stage is now past water. "We are pleasantly surprised, because demand is recovering relatively quickly and so are average prices." says Joaquim Clos, CEO of Derby Hotels. The arrival of English, French, German and, above all, tourists from the United States fill the accommodation again. In Catalonia, the city of Barcelona leads hotel prices, with an average daily rate of 120 euros. Tarragona and Girona are far below, with an average daily rate of 76 euros. The lowest price is in Lleida, with 68 euros.

It remains to be seen, however, if this increase in prices translates into an increase in profits. Inflation weighs down the profitability of hotels, they have warned from the Spanish Confederation of Hotels and Tourist Accommodation. From this employer's association they estimated at 20% the extra cost due to the increase in the price of electricity or food.