One of the stars of the Charlotte Hornets last season is on the way out. 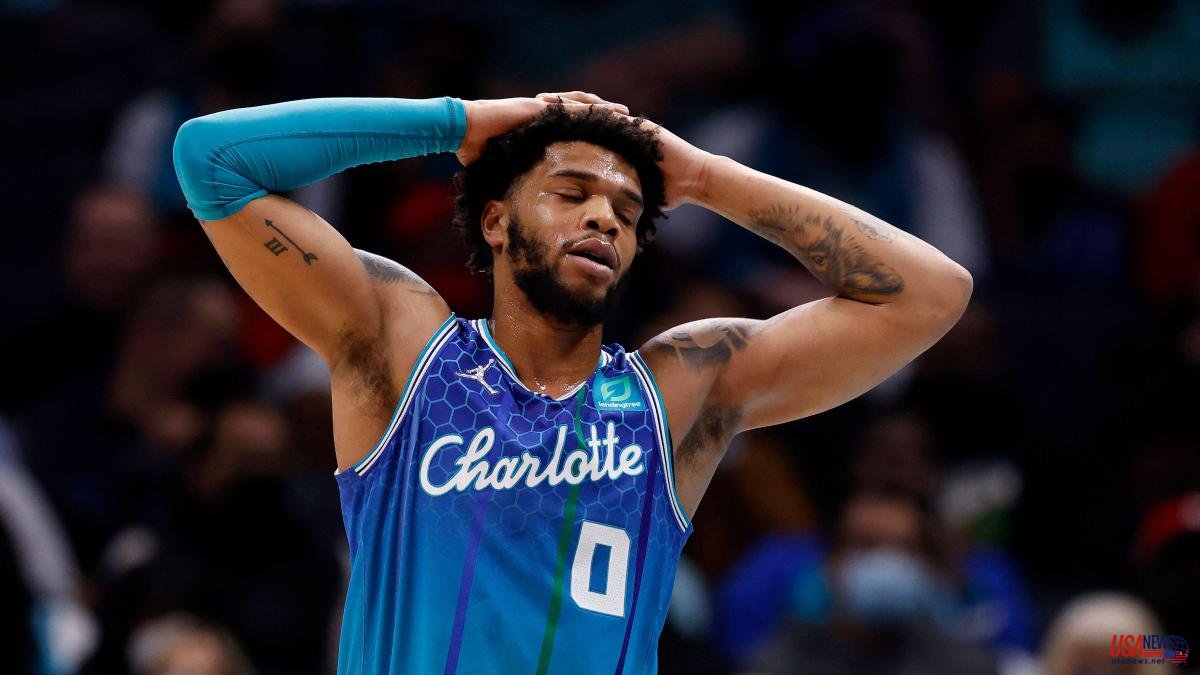 One of the stars of the Charlotte Hornets last season is on the way out. This Tuesday, the Los Angeles County District Attorney charged forward Miles Bridges with three crimes of gender-based violence and child abuse. In a statement, it was assured that this type of violence "creates physical, mental and emotional trauma that has a lasting impact on survivors."

On June 29, Bridges was arrested in Los Angeles for an alleged assault on his girlfriend with his two children present at the time. He was later released after the judge set bail at $130,000 (about 127,000 euros).

At the time, the Hornets and the NBA said they were aware of the charges filed against Bridges. "These are very serious charges that we will continue to pursue," the Charlotte franchise said. "As this is a legal matter, we will have no further comment at this time," he added.

She wrote, "I hate it came to this but I can no longer be silent. I allowed someone to destroy my home, abuse me in every way possible and traumatize our children for life," Johnson wrote on Instagram.

"I have nothing to prove to the world, but I will not allow anyone who can do something so horrible to have no remorse and paint a picture of something I am not. I will not allow the people around them to silence me and continue to lie to protect this person".

Prosecutor George Gascon said Bridges is charged with one felony count of battering his partner and two others of child abuse by witnessing children beating likely to cause serious bodily injury or death. "Children who witness family violence are especially vulnerable and the impact on them is immeasurable," Gascón said.

Bridges was the leading scorer for the Hornets last season, averaging 20.2 points, 7 rebounds and 3.8 assists per game. This summer he was a free agent and expected a bigger contract. Before his arrest the Hornets announced that they wanted to re-sign him. While awaiting trial, his future is up in the air.