Hélène Carrère d'Encausse: "If Putin disappears, there will be reckoning in Russia"

Hélène Carrère d'Encausse, an expert historian on Russia and the author of dozens of books, has been the "secretary for life" of the French Academy since 1999. 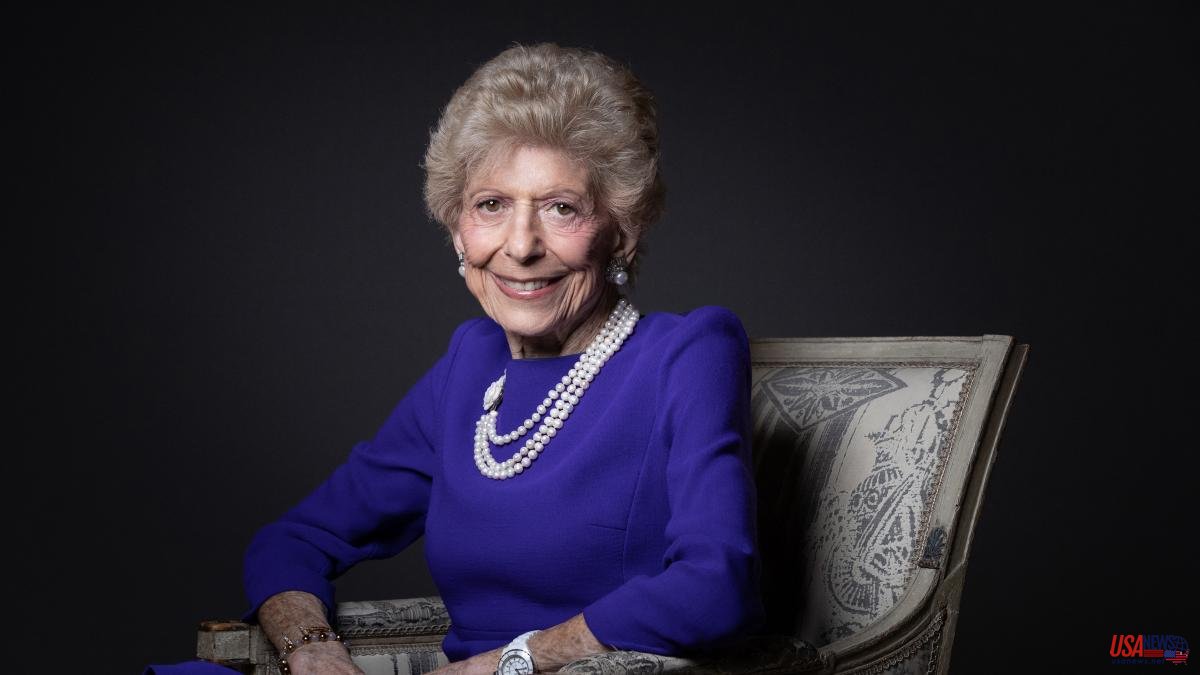 Hélène Carrère d'Encausse, an expert historian on Russia and the author of dozens of books, has been the "secretary for life" of the French Academy since 1999. Born in Paris, but of Georgian origin on her father's side and Russian-German on her mother's side, Carrère d'Encausse is the first cousin of the current president of Georgia, Salomé Zurabishvili. At 93 years old, she retains a formidable lucidity and her legendary elegance. The interview took place in the office of her "function apartment" at the French Academy, a few steps from the Seine.

Did you speak Russian before French?

Yes, my parents were immigrants and did not have money to pay for a babysitter. They decided that I would speak Russian first and then French would come automatically.

Exactly. I have two mother tongues, one acquired at home and the other when I was four and a half years old, when I was sent to some friends who did not know Russian. I learned French in a month.

Before February 24, he did not believe, like most experts, that Putin would invade Ukraine. Why was he wrong?

Because I thought it would reason about the cost, the risks, and the benefits. On February 23, she had everything he wanted. She had retaken Crimea and no one talked about it anymore. There was a civil war in Donbass that paralyzed Ukraine and in this situation she could not enter NATO. And he knew that independence had given him a very strong national sentiment. He didn't see what benefits he could get.

And why did he do it then?

I did not imagine that Putin had a Soviet vision of the problem, I did not believe that a Ukrainian nation existed. There was an evolution in man, psychological, between 1991 and 2008. He progressively recovered the Soviet vision of him. He proved it by performing like Brezhnev did in Prague in 1968. He thought it would be very easy.

On a geopolitical level, was February 24 more serious than September 11, 2001, with the attacks on the United States?

It is not of the same order. 2001 was a monstrosity, a terrorist chapter in world history. February 24 was the return to a Soviet conception of international relations. But I would like to be balanced. Americans also dreamed of a world in which political regimes could change. And they did. Not only the Soviets dreamed of it. Putin entered into this logic, but he was not the one who invented it.

Did the West betray Russia by enlarging NATO?

I don't know if it was betrayal, but there was a gigantic misunderstanding. The West is increasingly the United States. This war proves it. This rupture of 2022 is the end of a Europe with a certain autonomy. The American vision prevails. We are back to a Russia-US confrontation. At the end of the Soviet Union, Francois Mitterrand and Helmut Kohl had a vision of a transformed world and they wanted to do something. The American vision was different. It was the disappearance of the other superpower and only theirs remained. They wanted a weak Russia. No one bothered to rethink the world, to rebuild a European order.

How do you explain it?

It took a world war to end Nazism, which lasted only 12 years. The communist system, which lasted 70 years, disappeared without a war. It collapsed from within and caused tremendous chaos. But who advised Russian economic policy in the transition period? It was the Americans. The nice Chicago boys and others. It was not the Russians who invented the system. Today we confirm that we were wrong when the USSR ended, the end of divided Europe and that bipolar world. We erred as at the end of World War I. It's exactly like 1919. We lost the peace. And we already know that then came World War II. I don't think it will happen now because there is the nuclear factor.

Is it an exaggeration to talk so much about nuclear war?

It is shocking because it represents the possibility of eradicating life on Earth. It cannot be spoken so lightly. In spite of everything, I think that there is still a taboo on the nuclear and the dissuasion works. All the actors know what it represents.

Putin said in his Kremlin speech that "the West wants to dislodge Russia."

The United States has prepared the war in a certain way in these eight years. It is one of the actors in the military strengthening of Ukraine. The war is very profitable for them because it weakens Russia. It will allow them to dedicate themselves later to China. They can export their shale gas, their grain.

Do you see a democracy possible in Russia, after the war and, perhaps, after Putin?

It all depends on what we mean by democracy. Yesterday I saw former Prime Minister Jean-Pierre Raffarin on television, a reasonable man who refused to participate in the Iraq war because he knew it was not justified, like the one in Ukraine. He said that we cannot continue thinking that we have a perfect model that we can impose on others. I totally share it. Each country conceives democracy in its own way. We must stop judging others according to our model and giving lessons because it is a tragedy.

Is Putin's values ​​discourse against the West credible for the Russians?

Absolutely. What shocks me is that it does not deal with being credible at all. One example is referendums. He has shown an outrageous disregard for credibility.

And when he says that the West is decadent and Russia retains its true values?

It's ridiculous. Nobody cares about family values ​​in Russia. That's not the issue. The real problem is individual freedom, peace, the ability to live. He showed a total disregard for what people think.

What is the role of the Orthodox Church as a vector of Russian ultranationalism?

The Orthodox Church was destroyed by the Soviet system but Stalin used it a little after the defeat in 1942 (against Nazi Germany) to mobilize society. It happened again at the end of the Soviet regime simply because society lived for 70 years in a very clear ideological system. It was an almost religious system. People could not be abandoned. Something had to be done to structure it. It is what the Orthodox Church had been since Peter the Great, who put it at the service of the State. This domesticated church has structured Russian society for thirty years. It is an instrument of power.

You anticipated the end of the USSR in your book L'Empire éclaté (1978). Will the multi-ethnic Russian Federation survive?

It depends on whether Putin stays. I do not know. Logic indicates that he will not get away with it. The flight forward usually precipitates the catastrophe. If so, if Putin disappears after a defeat, there will be reckoning, not only within power but among the peoples that make up Russia. It is clear that the Central Asian republics and the conflicts in the Caucasus will gain strength, with the kind help of the Ottoman Empire (Turkey). There will certainly be a different landscape. It's China's time. The Central Asian republics are now trying to play a balancing role between Turkey and China.