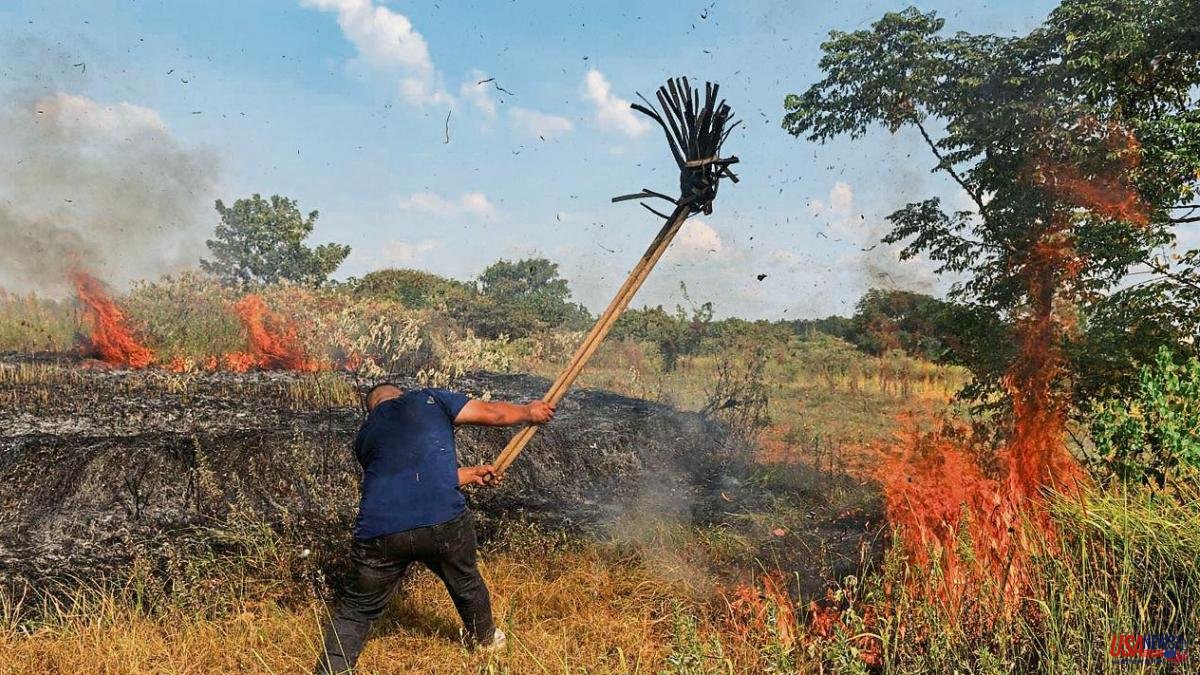 China is simmering. This summer, as in other parts of the globe, an extreme combination of low rainfall and an unprecedented heat wave is having serious effects on the people, industry and agriculture of the Asian giant. The delicate internal situation also threatens to reverberate abroad, generating even more pressure on already strained global food production and logistics or supply chains.

Not even the oldest of the place remember such a torrid and inclement summer. The country is experiencing the longest heat wave since it began collecting meteorological data in 1961, and has already far exceeded the record of 62 days in 2013. Day after day local highs have been broken, with temperatures reaching 45ºC in some provinces and minimum temperatures that do not drop below 35ºC. Last week, the Weather Administration issued a red alert for heat in 138 cities, while another 373 remained under an orange alert, the second highest. “There is nothing in world climate history that is minimally comparable to what is happening in China,” climate historian Maximiliano Herrera tweeted.

The scorching heat goes hand in hand with the absence of precipitation. One of the most affected regions is the Yangtze River basin, the longest in China – and third in the world – and home to almost 400 million people. Along their course, two of the country's largest freshwater lakes, Dongting and Poyang, already have historically low water levels, and they are expected to continue to decline. Dozens of other rivers and reservoirs have almost completely dried up.

The drought has left curious prints, such as that of the inhabitants of Chongqing crossing the normally mighty Jialing River by motorcycle or the unveiling of Buddhist sculptures up to 600 years old that have been submerged until now. More poignant are the images of the fire devouring its mountainous surroundings, forcing the evacuation of thousands of its residents.

The lack of water has also affected the energy production capacity. One of the hardest hit is the southwestern province of Sichuan, which under normal conditions generates 80% of its electricity through hydropower plants. Unable to cope with the prolonged increase in demand – air conditioning consumption has skyrocketed – local authorities ordered the temporary closure of numerous factories in the middle of the month, including those of giants such as Volkswagen, Toyota or Foxconn, the main supplier of components for Apple.

This energy deficit is also felt in other cities far to the east, regular buyers of hydroelectric power. As a result, some factories and commercial buildings in Hangzhou or Shanghai are rationing electricity. Elsewhere, lighting on public transport has been limited, offices are required to keep air-conditioning temperatures above 26°C, or elevators are banned from certain floors.

Nor is the situation in the field better. With hardly any water to irrigate and the squeezing heat, fields and orchards dry up and the trees do not bear fruit. This week, four government departments have already warned that the autumn harvest - the most important of the year - is under "serious threat" and urged measures to protect crops. "Every drop of water must be used with care," Beijing asked. China produces most of the grain it consumes, but if it lacks it would have to go to the global market, already in a precarious situation due to the war in Ukraine. The authorities, whose leadership will be thoroughly remodeled this fall, approved this Wednesday a package of some 3,000 million dollars in aid and subsidies for the sector. In addition, they asked local governments to find new water sources and farmers "measures to stabilize and increase" crop yields.

They have also vigorously taken up the practice of using chemicals in the sky to force rain. To do this, rods with condensing substances such as silver iodide are shot into the clouds, which help to form ice crystals and accelerate the long-awaited precipitation. Its effects were felt this Friday in Chongqing and in some areas of Sichuan, where showers were recorded this weekend after one of those cloud seeding operations.

Starting this weekend, the Chinese Meteorological Administration expects the heat wave to gradually subside. Even so, everything indicates that this type of phenomenon will be more common in the future as climate change advances. The intense heat spells will start “earlier and later and end later,” local meteorologist Chen Lijuan predicted. A major challenge for a nation that aims to become the world's leading power in the coming decades.