High alert in the Baltic after the Nord Stream sabotage

The mystery about who was responsible for the sabotage of the Russian Nord Stream 1 and 2 gas pipelines continues but, responsible parties aside, NATO and the European Union have no doubts about the nature of the act itself: a deliberate attack against the security of the continent which, they assure, will not go unanswered. 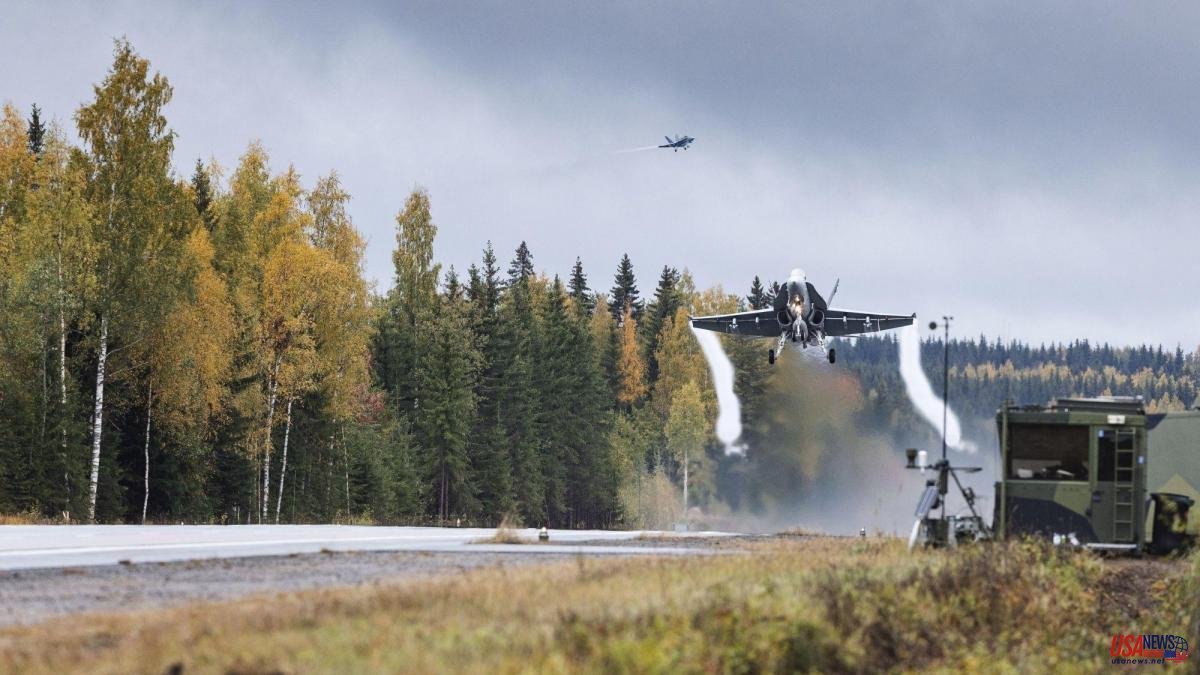 The mystery about who was responsible for the sabotage of the Russian Nord Stream 1 and 2 gas pipelines continues but, responsible parties aside, NATO and the European Union have no doubts about the nature of the act itself: a deliberate attack against the security of the continent which, they assure, will not go unanswered.

The Baltic Sea has gone into high alert. "We must prepare for scenarios that were inconceivable until recently," warns the German Ministry of Justice, which, like the governments of Sweden, Denmark, Norway, Latvia and Lithuania, announced yesterday that, in contact with the Atlantic Alliance, they have reinforced surveillance of its critical infrastructure, from gas pipelines to oil pipelines and power plants.

"The damage to Nord Stream 1 and 2 is no coincidence," Josep Borrell, head of community diplomacy, stressed in a statement. "All available information indicates that the leaks are the result of a deliberate act," he added, without naming possible perpetrators of the sabotage but stressing that any attack on European energy infrastructure will receive "a strong and united response."

The Government of Norway – the country that has benefited most from the EU's decision to turn its back on Russian gas as well as the point of origin of a new gas pipeline promoted together with Denmark and Poland and inaugurated this Tuesday – has reacted by making "more visible" military presence at its oil and gas facilities. After meeting with NATO Secretary General Jens Stoltenberg on critical infrastructure protection, Danish Defense Minister Morten Bodskov admitted there is reason to be concerned. "Russia has a significant military presence in the Baltic Sea region and we expect them to continue their saber rattling," he said.

Moscow has called suspicions that it may be responsible for the explosions that damaged pipes "absurd," acts it calls "provocations." At the behest of the Kremlin, the United Nations Security Council will meet tomorrow to address the situation. The issue is also on the agenda of the meeting of European energy ministers that will take place that same day in Brussels.

Officially, neither the EU nor the governments of Sweden or Denmark, the countries in whose maritime zones of economic exclusion the leaks have been detected, have singled out any country as the perpetrator of the sabotage. The European Commission, which recalled the importance of extreme protection of critical infrastructures, advocates getting "to the bottom" of the matter and waiting for the open investigations in both countries to end before making a pronouncement. The Swedish Security Service investigates the explosions detected in the Baltic seabed as "an act of serious sabotage" and does not rule out that "a foreign power" is behind them.

So far, only the Polish government has clearly targeted Russia. Curiously, his former Foreign Minister and current MEP, the conservative Radek Sikorski, has signed up to the theory favored by Russian rumor mills and pointed to Washington as the author of the sabotage against an infrastructure that all recent American administrations were suspicious of since it reinforced dependence Union of Russian gas. "Thank you, United States," Sikorski wrote without further explanation in a tweet next to the photo of the huge stain that the gas leak has left in the Baltic Sea.

Although the brand new Nord Stream 2 did not come into operation by decision of the German Government a few days after the beginning of the Russian invasion of Ukraine, it did contain gas. That was where on Monday afternoon the Danish authorities detected a strange drop in pressure. On Tuesday morning, Swedish technicians signaled a leak in the Nord Stream 1 pipeline, the oldest pipeline, which at the end of the summer had stopped pumping by decision of Moscow due to alleged technical problems. As published today by the newspaper Svenska Dagbladet, the Swedish maritime guard detected a fourth leak in one of the two pipes on Tuesday.

The fact that gas continues to come out of the pipes has so far prevented an approach to the area, so the investigations are progressing slowly. The Danish government estimates that it will take between one and two weeks to gain access to the site. Time plays against you. German government sources quoted by the Berlin newspaper Der Tagesspiegel consider that the explosions have left the infrastructure useless forever since its repair will not be quick or easy and the salt water will corrode the pipes.

Regardless of its physical state, politically, in the European Union there is a feeling that the controversial and expensive infrastructure, built by an international consortium led by Russia's Gazprom to bring gas from Siberia to Germany and neighboring countries, was already sentenced to death. death. “So many things have been broken with Russia [in the wake of the Ukraine war] that they will never be the same again. By freeing ourselves from Russian gas, a new European security order is being opened, say diplomatic sources.

The European Commission, on the other hand, yesterday proposed to governments a new round of sanctions against Russia to respond to the call-up of 300,000 reservists, Vladimir Putin's threat to use nuclear weapons and the holding of "mock referendums" in the Ukrainian regions occupied by the Russian army. "We are determined to make the Kremlin pay for this new escalation," said its president, Ursula von der Leyen. The Community Executive proposes to the Twenty-seven to take new steps to suffocate its economy through new restrictions on bilateral trade, vetoing, for example, the sale of technologies that Russia needs to modernize its army, as well as exports of Russian chemicals and paper to the EU. These measures should deprive Moscow of some 7 billion euros in revenue, according to Brussels.

Von der Leyen also proposes adopting measures to enforce the cap on the price of Russian oil purchased by third countries agreed by the G-7 to limit the income they receive in this way, as well as vetoing the presence of European citizens on boards of directors of Russian public companies and expand the list of sanctioned people to also include individuals who help circumvent European measures against Russia. "Sanctions work and do damage, but we must maintain them over time and make sure they are complied with," stressed Borrell, who asked the international community to join in the non-recognition of the result of the referendums.