Herrada adds the second Spanish victory in the Vuelta

In almost two years there has been no Spanish stage victory in the grand tours and, instead, in the last week two have fallen, the first by Marc Soler and this Friday Jesús Herrada added the second in the seventh stage of the Vuelta España, of 190 kilometers between Camargo and Cistierna. 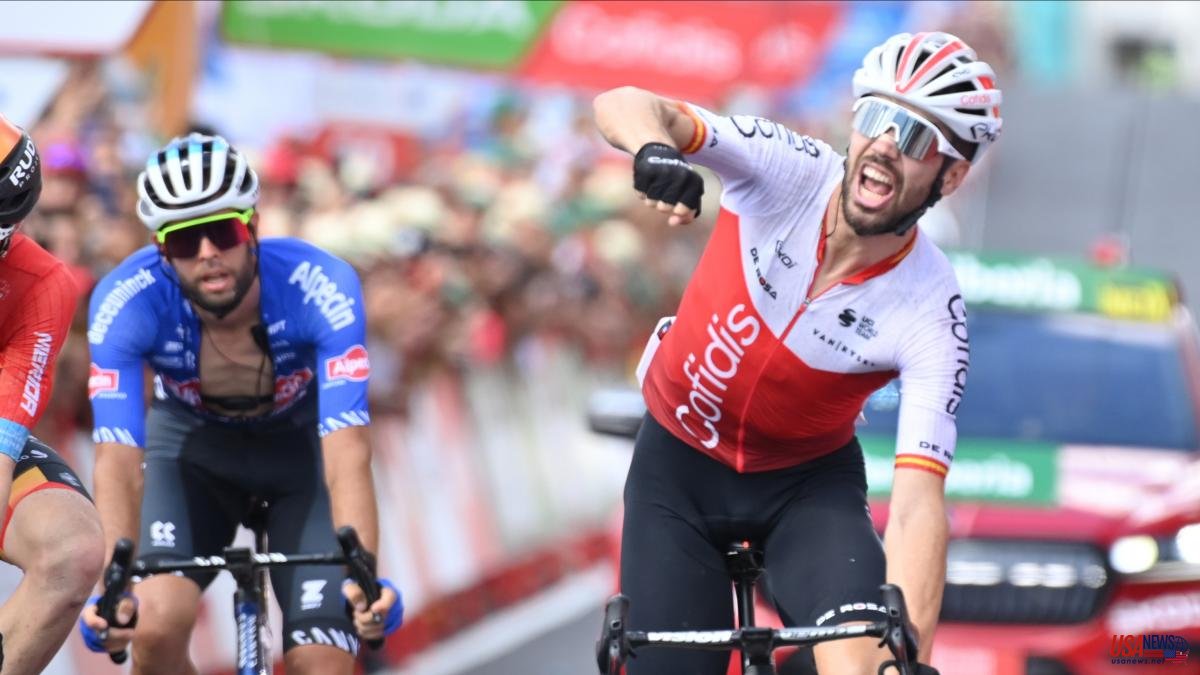 In almost two years there has been no Spanish stage victory in the grand tours and, instead, in the last week two have fallen, the first by Marc Soler and this Friday Jesús Herrada added the second in the seventh stage of the Vuelta España, of 190 kilometers between Camargo and Cistierna.

The route between Cantabrian, Palencia and Leon lands was a constant fight between the peloton and a very early escape, formed at kilometer 7 and ultimately victorious, where the Cuenca cyclist prevailed in a tight sprint against the Italian Battistella.

“With three kilometers to go they gave us the last reference and we had everything to win. We were going with what was fair. The platoon has made it very difficult for us. The terrain perhaps in the end has played in our favor. Also the wind. We understood each other very well in the breakaway”, said Herrada, also winner of the sixth stage of the Spanish round in 2019, who burst into tears of emotion after crossing the finish line. “The victory cannot be explained in words. I dedicate it to those who have supported me in the good and bad times, ”he added.

The stage was dotted with small slopes in the initial section, ideal for forming a breakaway, and a single major obstacle to deal with: the Puerto de San Glorio. The first-class ascent, very long at 22.4 kilometers but without excessively hard ramps, with an average incline of 5.5%, took its toll both on the breakaway (Goldstein yielded) and on a peloton where several sprinters suffered, such as Sam Bennet, winner of the sprint of the second and third stage.

The pace imposed by the Quick Step, the BikeExchange and above all the Trek reduced the difference with the breakaways to 2 and a half minutes at the top. A defensible advantage with 64 kilometers remaining for Wright, Janssens, Sweeny, Battistella and Herrada, although at the mercy of the effort and commitment in the large group, with Arkea joining the cause despite having few troops.

The income was gradually reduced, but at a slow pace that kept the hopes of the fugitives, well coordinated, with constant changes and without selfishness. The light at the end of a long adventure came when there were only 5 kilometers left and they still had just over 40 seconds left. Mathematics had already ruled.

The escapees, with clear signs of fatigue, took a break when the last kilometer was passed, already knowing that victory was among them. Wright, a priori the fastest of the five, launched the sprint too soon and behind him, on his left, appeared like a Herrada shell, which only suffered for the victory with the irruption of Battistella from the right. The Italian, with more cadence, was one meter short of spoiling the second Spanish party in this edition of the Vuelta.

At 29 seconds, Bennett consoled himself with being the fastest of the pack again. The general did not undergo any changes and today Evenepoel will start the eighth stage again as leader, which will have a high finish in the unprecedented Asturian Colláu Fancuaya, first category.