To commemorate its Centenary, Wimbledon has produced a spectacular video. 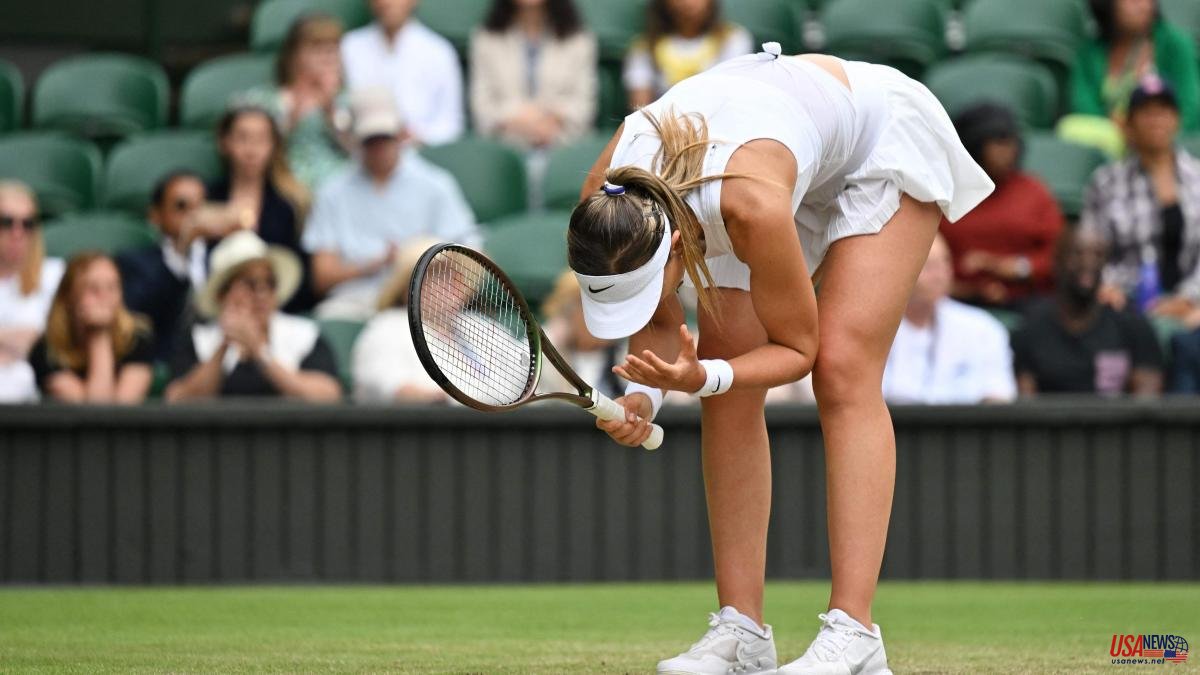 To commemorate its Centenary, Wimbledon has produced a spectacular video.

The drone flies over the grounds, takes in views of the green courts and then penetrates into the bowels of Center Court.

Through his screen, the observer ascends an elegant staircase, crosses the social room, passes between his trophies and the portraits of all the tournament champions, also winds his way between the members of the British Armed Forces, green beret and khaki shirt, that greet the viewer while the interior doors are ajar.

And he emerges on stage.

The observer notices the "epic", that feeling that Carlos Alcaraz had experienced on Sunday afternoon, before surrendering to Jannik Sinner.

Paula Badosa has lived it this Monday.

He has done it for an instant, a sigh, the little time that Simona Halep has given him: 6-1 and 6-2, a fair hour

Badosa has left London on the run, but the taste of what he has been achieving in recent times remains in his memory.

After all, who would have told her five or six years ago when, depressed and overcome by circumstances, she disgusted the tennis courts, she wondered if there was a future in what she did.

Well, in those days, Badosa lost more money than he won, and he looked bad to get into the Top 100 and to peek into the big draws of the big tournaments.

Devoured by himself, a teenager confused by the honeys of success (2015 junior Roland Garros champion), Badosa had believed herself to be the Spanish Sharápova.

And the demons took her away.

Hours on the couch, long conversations with psychologists and with his technicians (Xavi Budó, Javier Martí, now Jorge García...) Badosa (24) would live, before finally rehabilitating himself and becoming one of the new sensations on the circuit, in the fourth racket of the WTA -it had been the second a few months ago-, to frighten his rivals wherever he goes.

Today, Badosa is always a candidate for any title.

The problem is that the same thing happens with Simona Halep (30).

The Romanian, athletic figure, strength with control, is also usually a favorite for the titles; In fact, she had once won two Grand Slams (Roland Garros 2018 and Wimbledon 2019). In those pre-pandemic days, even Halep had been a world leader.

With those elements, and despite the burden of a knee, a problem that has conditioned her phase on clay (she had barely passed two rounds at Roland Garros), Halep continues to play an intimidating role, especially when the points are lengthened.

Halep has done everything well, and Badosa has never found her place. on all fronts, as illustrated by the scoreboard, the statistics and the circumstances.

At the end of the match, in a flash, Halep almost doubled the Spanish in points.