He was born dead but he lived too long

The Government of the Generalitat is clinically dead and beyond the Executive, the intense and turbulent decade of collaboration between ERC and JxCat is also over. 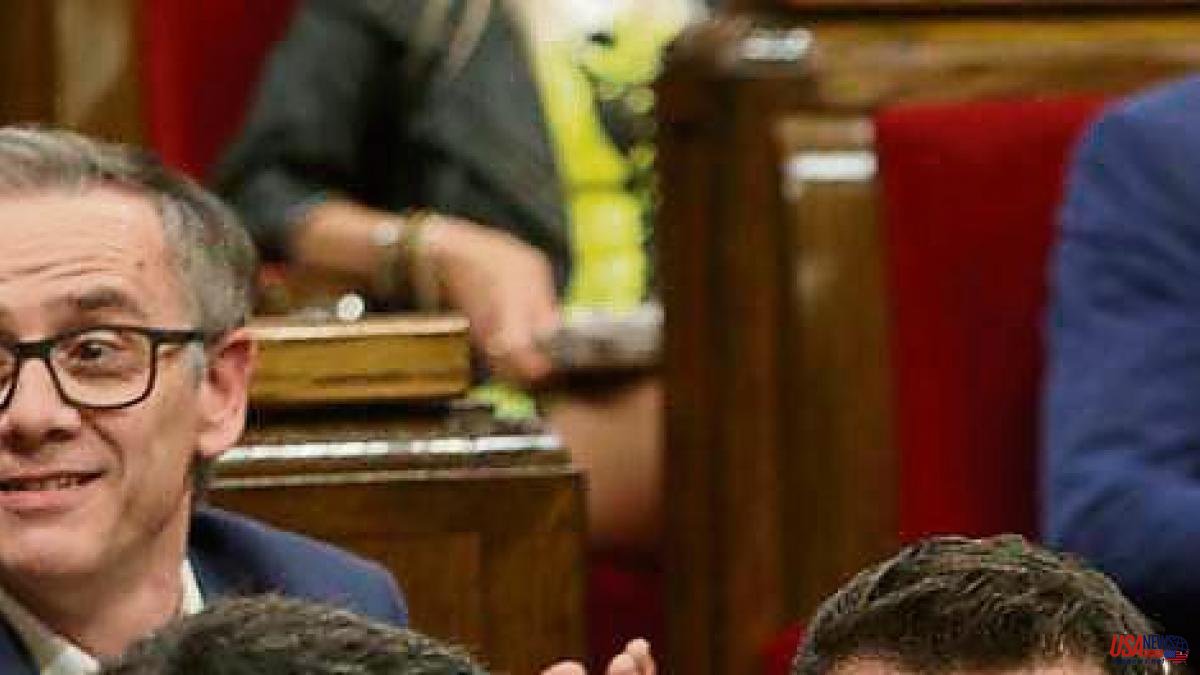 The Government of the Generalitat is clinically dead and beyond the Executive, the intense and turbulent decade of collaboration between ERC and JxCat is also over. It only remains to know who will give an account of the death and what date the death certificate will bear. The inscription that the marble worker should engrave on the tombstone would deserve to have the air of a riddle, so that the people of the future can decipher how those of the present lost time for a decade. It could be this: he was born dead but lived too long.

Neither the clarity agreement that Pere Aragonès has pulled out of his sleeve, nor JxCat's demand for the president to submit to a motion of confidence can compete when it comes to capturing public attention with the non-wedding of Tamara Falcó and Iñigo Onieva, the Shakira-Piqué litigation or the shipwreck of the Mejide-Escanes couple. This is how things stand in the news interest stock market. Pere Aragonès and Albert Batet could have limited their general policy debate speeches to a repetitive unga unga unga, without adding a single word, and the level of interest in the street would have been the same. He doesn't listen to them anymore and he doesn't even believe them, even if he continues to vote for them.

The world convulses and the Generalitat continues pathologically with its eyes fixed on its navel. Rehearsing master moves that, unlike those that were so described at the height of the procés, are now perceived as what they really are and were: random improvisations to keep running to nowhere. Pere Aragonès' clarity agreement and JxCat's motion of confidence are the last two additions to the already long list of occurrences that have accumulated in recent years. Jaimitismo is the genre in which political sovereignty has ended up specializing.

They still don't tell the truth. ERC doesn't want JxCat in the Govern and Junts can't loyally remain in it. Simply because the interests of both parties are more divergent with each passing day. It's just that neither of them wants to foot the bill for being consistent with their wishes. For Aragonès, kicking JxCat out of the Government would be the last step in a complete rectification: the sock turned inside out. It has already accepted that 1-O did not lead anywhere, although Marta Rovira is now striving to vindicate herself as one of its organizers, but it remains to finish off with the recognition that the pro-independence axis will no longer continue to be the backbone of a future government Republican open to new alliances. It is a risk before the voters.

On the other hand, the bill for JxCat is not less if they are the ones who leave the official dependencies. They cannot play the victims and their emerging stars, people like Jaume Giró or Victòria Alsina, will be deprived of carpets to walk on to continue enlarging their political profile. Add the large group of high-ranking officials and people with offices in paragovernmental areas who must immediately update their CVs in the cold of winter by knocking on the doors of the private sector, and add the mayors of Junts who could not brag about past, present and future investments in his municipality with councilors from his party arm in arm to go out together in the photo on the eve of the municipal elections.

From this not wanting to be the one to take the final step, their permanent mutual disloyalty is born. Because both accumulate reasons. It is true that Pere Aragonès neither fulfills nor intends to fulfill the terms of the agreement that he reached with Jordi Sànchez so that the current Executive would see the light. And it is also that JxCat does everything it can so that Aragonès does not take the height of president. There is no burial date but we have the dead man between our fingers. We are prepared for a short mourning. We also dare to suggest what music should be played in the funeral home: La bataglia dell'amore cieco , by Fabrizio de Andrée. I love you so much that I want to see you dead. Kind of like ERC and JxCat in a lovely Genoese Italian accent.