Have you ever found the fountain in the Plaza del Sortidor?

The Plaza del Sortidor is one of the emblematic spaces of Poble Sec. 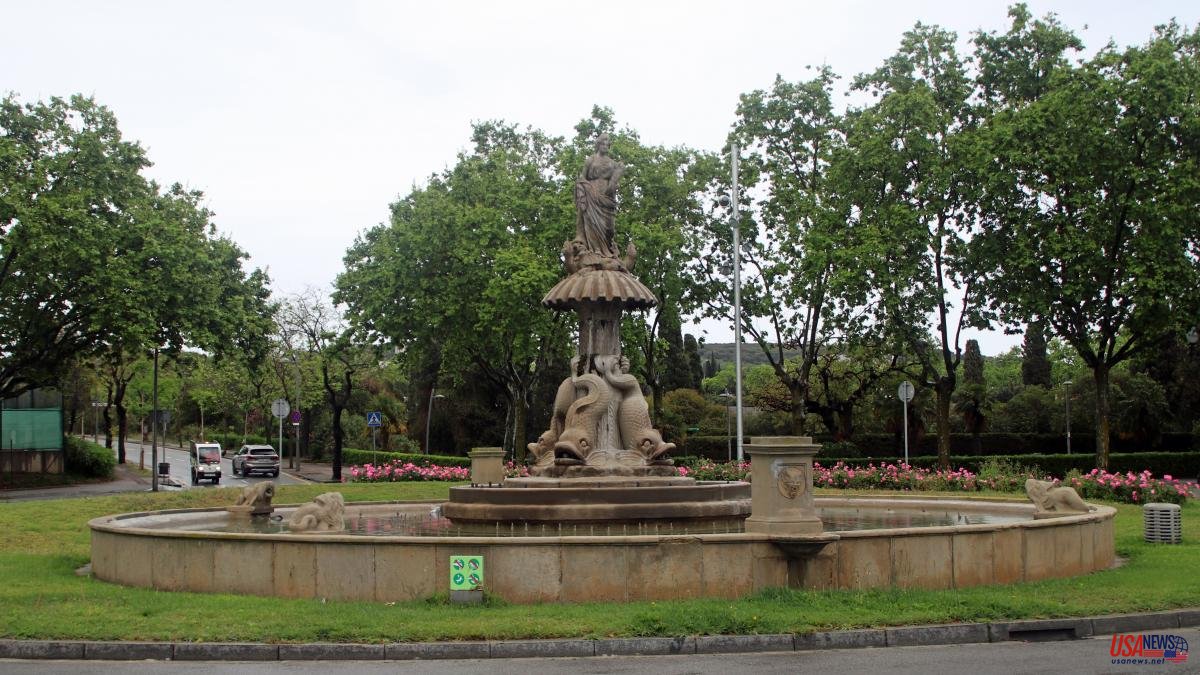 The Plaza del Sortidor is one of the emblematic spaces of Poble Sec. But once there, a question arises: where is the pump? Local elders and history buffs know the answer. The square owes its name to a fountain dedicated to the Ceres dehesa, which between 1874 and 1918 presided over this part of the neighborhood and which can currently be seen on Montjuïc, in the center of the roundabout in Plaça Sant Jordi.

The history of this fountain can be summed up in three different locations since 1830. That year, it was installed on Passeig de Gràcia, at Provença Street, in what was then the municipality of Gràcia, after being sculpted by Celdoni Guixà. It pays homage to the Roman protector of agriculture.

In 1874, the fountain was moved to the Blasco de Garay square, today the Sortidor square. Although this name was not officially recognized in the city's gazetteer until 1992, the space was already known that way because it was baptized that way by the neighbors because of the different sources of the fountain.

The monument arrived in Poble Sec as a result of the so-called Revolta de les Quintes in 1870, in protest against the compulsory recruitment of young people. The source hindered military maneuvers to quell the rebellion in Gràcia, which ended after a six-day siege of the population and 27 deaths.

This is how the fountain ended up in the Poble Sec square. The problem then was that it had dimensions that were disproportionate to the size of the square. And for this reason, finally in 1918 it moved to its current location taking advantage of the urbanization of the Montjuïc mountain. Today, in the Plaza del Sortidor there is another fountain of the Canaletes type, but far from the majesty of the one in Ceres.

Guixà's work consists of a circular pond on which a column with four dolphins rises, from whose mouth water flows. A shell tops the column and on it stands the figure of the meadow.