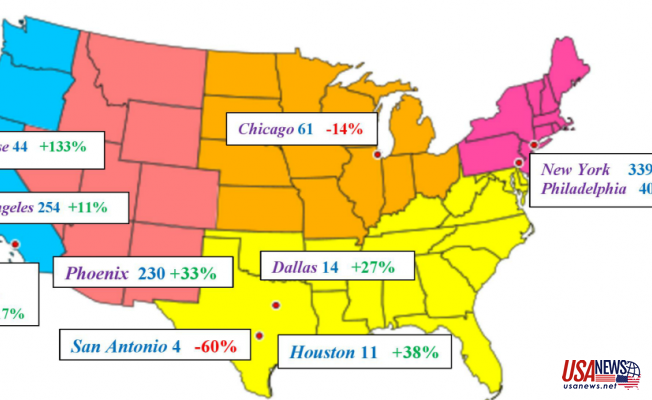 The push comes as New York City faces a surge of hate crimes across all five boroughs. The Brooklyn unit has handled over 70 cases within the last 24-months. LGBTQ persons have been the most targeted while Jewish and black individuals are the 2nd and 3rd most targeted groups.

Before the establishment of the new bureau, hate crimes were handled by the Civil Rights Bureau, so the new office represents an upgrade in the city’s focus.

A senior prosecutor will be assigned according to announced plans. The experiences attorneys will be tasked with greater responsibility to investigate cases from the very start. Prosecutors will interview victims and suspects at the scene.

Arkady Bukh, a New York criminal defense lawyer, said, “I believe the DA is responding properly to what is going on. My firm will support his efforts in any way possible.”

To Fight Hate Tracking Must Be Improved

Unfortunately, most people aren’t shocked anymore by the rising level of hate crimes in America. The FBI announced in 2018 hate crimes increased 17% compared to the previous year. That is the third consecutive yearly increase and the single largest spike since 9/11.

To combat hate crimes, the government needs to get a better handle on when, where and to whom hate crimes are being committed.

The data suggests a growing ugliness in America’s landscape and hate-crime statistics are randomly assembled.

The FBI hate crimes reporting methodology is voluntary. Despite more than 1,000 agencies contributing to the federal database in 2018, there are many who don’t report. Hawaii, for instance, doesn’t participate in the program at all.

The gaps and omissions lead to figures which don’t say much. Fifty-percent of the 7,175 hate crimes reported in 2017 originated in just six states: California, Massachusetts, Michigan, New York, Ohio, and Washington. Does that mean that the Bay State is more hateful? Not necessarily: It may just mean we do a better job at reporting the data. In contrast, other state and local governments grossly under-reported. For example, the Miami tallied zero hate crimes in 2017.

The increased prevalence of hate incidents places every American at risk, not just the targeted individual or group. If we aren’t joking about fighting hate, then we must  begin from the same place, with dependable and consistent data about what is occuring.

Hate crimes are rising in America. Or are they? Because of a hodgepodge of reporting states, no one is sure by how much.

Commit a hate crime in NYC and become a statistic. Commit the same crime in Hawaii and no one knows about it.

Hate crimes have risen in America over the past two years. Before the issue can be fully address, accurate statistics must be collected.