Has the Ukraine war turned in favor of Russia?

Nobody dares to predict who will win the war in Ukraine. 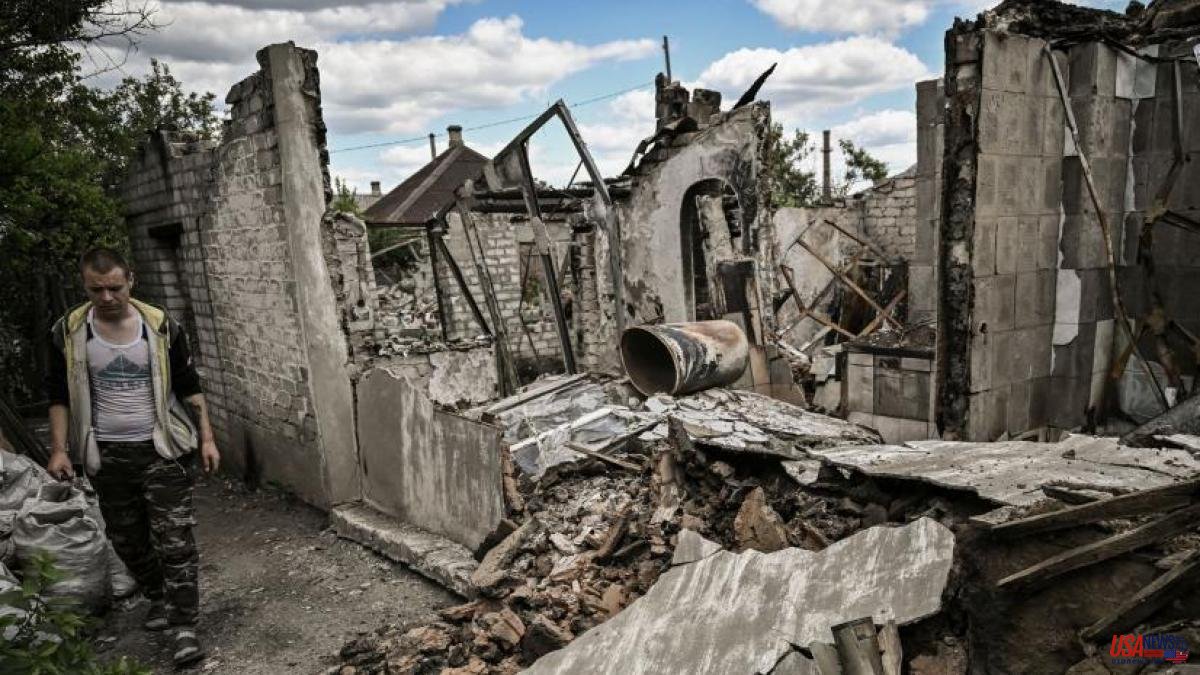 Nobody dares to predict who will win the war in Ukraine. Many even do not even dare to say who is winning it. What most analysts do agree on is that the war will most likely be long. That factor, together with the ability of the West to continue or not support the Ukrainian state, could be decisive in tipping the balance in favor of Russia.

The long war currently has a lot to do with the change in strategy implemented by Moscow. At the start of the war, the military front was tremendously extensive, requiring huge deployments of armored vehicles and transport. This provided the Ukrainian army with excellent opportunities for ambush and coups, in some cases destroying large units.

Now Russia, with much smaller fronts and much more concentrated forces, runs fewer risks and does so without abandoning the secondary objectives of what they call a "special military operation." Trying, for example, to topple the Zelensky government and install a puppet cabinet, which was essential at the beginning of the campaign, has been ruled out. It seems that they are now focused on achieving territorial possessions (Donbass and southern fringe) and demilitarizing Ukraine as much as possible.

"Now, the Russians have made a classic progression towards massive fire and have greatly reduced casualties, while, although little by little, they are occupying territory," explains Luis V. Pérez Gil, professor of International Law at the University of La Laguna and expert in conflict theory.

Reserve Lieutenant General Francisco José Gan Pampols is one of those who affirms that the conflict in Ukraine "cannot be judged in terms of winning: they are both losing," he assures this newspaper.

Ukraine, according to this experienced military officer with high command assignments within the NATO structure, "is losing its infrastructures and its productive system and has 14 million people who do not live where they should live (seven million refugees and seven million approximately internally displaced). Many of them will also have no home to return to if they decide to return to their places of origin. The level of destruction of houses caused by the Russian artillery is gigantic. "We saw it in Chechnya and we have seen it in Syria," says Professor Pérez Gil.

The fact that there are few who dare to make forecasts does not mean that there is not, as shown by the continuous decisions they make, that the victory of one side over another is not a top priority. “The United States and Great Britain continue to work on the assumption that Ukraine can win the war and that they have to sustain it over time; that the effort must be maintained, if not, Russia will end up imposing itself by number”, explains Nicolás de Pedro, head of research at the London-based think tank The Institute for Statecraft.

Even, adds De Pedro, in influential circles of the Anglo-Saxon world "the recovery of Crimea is in the conversation of those who make decisions and that was not there before".

The change in strategy of the Russian forces, focused on massive bombing; “Artillery rain with little maneuvering”, as Lieutenant General Gan defines it, is forcing part of the Western powers to accept war maneuvers that until now they viewed with caution, such as the Ukrainian forces attacking Russian soil.

“The Anglo-Saxon world is beginning to agree that Ukraine could attack rocket batteries that in turn attack them from Russian territory. The commitment would only be to use the artillery against military targets in Russia”, comments Nicolás de Pedro.

And this returns the analysis to the path of a long war that Professor Pérez Gil thinks favors Russia, which, as he points out, economic sanctions are not doing as much damage as is believed. “Russian revenues have skyrocketed. The barrel of oil is at 120 dollars. The sanctions are not effective and, furthermore, there is no prohibition on gas”, comments the academic.

“Only 40 countries have decreed sanctions against Russia, but there are 191 that have not done so. India is buying large quantities of oil at discounted prices from Russia, which it refines and resells. Russia can finance the war”, affirms Pérez Gil.

“Russia's capacity for resistance cannot be underestimated in any way, although I believe that its economy is beginning to suffer, as well as its ability to fuel the war,” concludes Lieutenant General Gan.

"Above all, desperate operations must be avoided," he points out as a climax and as a future warning signal.