Today is not the day to buy a liter and a half bottle of Dom Perignon Limited Edition 2008 Lenny Kravitz and not because it costs £2,750 but because the atmosphere of Harrods, London's department store, has a lot of end of the century. 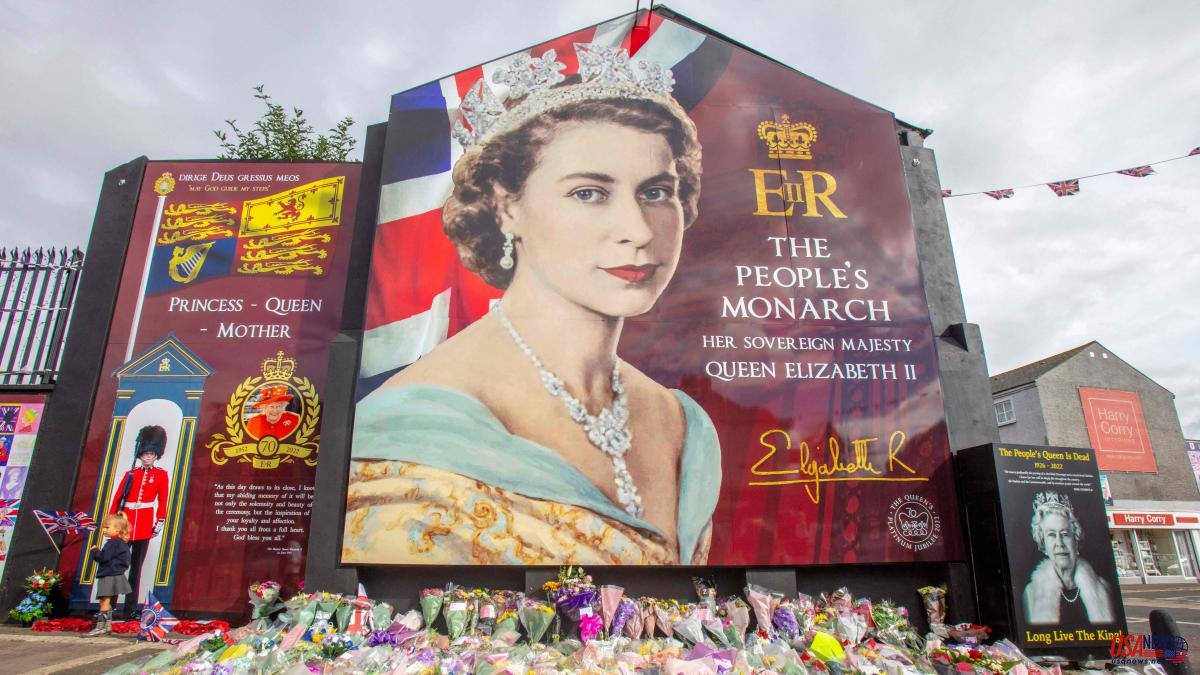 Today is not the day to buy a liter and a half bottle of Dom Perignon Limited Edition 2008 Lenny Kravitz and not because it costs £2,750 but because the atmosphere of Harrods, London's department store, has a lot of end of the century.

"I didn't have any books at home about the queen and today I'm going to buy three," says Janis, a 50-year-old employee who before going home has passed through the Harrods bookstore, with more than 300 departments, which prove her famous for selling everything.

England ruled India, New Zealand and Jamaica and today Harrods remains, although it is owned by the state of Qatar, perhaps the last vestige of a world where London set the style and the Middle East and Asia the clientele, yesterday with hardly any British.

Harrods opened its doors, of course, as it opens every Sunday, because its clientele is less Western than ever. “Brexit has caused us to lose quite a few Europeans,” says Jesús, a Logroño native who came to London to study English for three months to work in the Napa Valley and has been here for fifteen years. He is one of those responsible for the impressive Harrods wine cellar, which is not very crowded, as happens in all those departments that invite whimsy. The ambient music is turned off, an unusual event, as a sign of mourning and this, seemingly trivial, warns that something has happened. Someone is gone. And with it, the atmosphere of Harrods also seems from another time, as if they were next in line to the firing squad.

“We have been struck by how little the British show mourning. We arrived from tourism three days ago and the news caught us coming back from Oxford. The night before last, we went to Buckingham Palace and this morning we did it again”, explain Oiatz, Miren and Laura, three twenty-something tourists from Bilbao who are looking for a souvenir because they are going home today. “As an image to keep, the flowers and the candles of the first night, there were few tourists. You could see that they felt it but they did not express it, everything was very contained”.

Harrods is a Disneyland of 21st century consumption, although it tries to maintain a commercial solemnity of the "objects do not touch" style, when class was expected from the clientele, as well as pocket money.

The florist has sold more bouquets than usual "but it hasn't been the end of the world," says a shop assistant. Many bouquets are around two hundred pounds, perhaps too much to get lost among tourists' bouquets in front of Buckingham Palace, the most precious set to be photographed and value - as they say now - that one was in London on that historic day, more historic than ever. usual.

“We have sold many books about Elizabeth II, who already had their section since the jubilee on the occasion of her 70-year reign. Even those of us who are not especially monarchists share a sad sentiment. It is true that almost no one externalizes it. It will be true that the British are educated not to express emotions, ”says Christopher, one of the managers of the bookstore, where copies designed to decorate tables and shelves of spacious homes inhabited by happy families abound.

Getting lost in Harrods is almost an obligation and a reward. Far from the big brands and the forced hegemony of cosmetics, there are the rarities that have distinguished some stores with an imperial spirit, founded at the end of the 19th century.

From the escalators, pioneers in the world, you can read the message from Harrods in which its Qatari owners express their tribute to Elizabeth II. It seems that the clientele is less lively than ever because they walk around without raising their voices and with few bags. Splurge today seems in bad taste, the antithesis of a certain British stereotype who ordered everything at Harrods, like Charles Chaplin.

“Every time I go to London I pass by Harrods since my parents brought me forty years ago. Yes, without a doubt, the atmosphere is subdued, ”says a Singaporean woman who was admired by Elizabeth II, such as Lee Kwan Yee, the father of the city-state. "I wonder if my children have such powerful role models to be inspired by." We have Harrods and that way.