Haaland is amazed by Guardiola's knowledge: "It's crazy"

As he did at Borussia Dortmund, Erling Haaland is astonishing with his goalscoring ability at Manchester City and in turn the Norwegian is pleasantly surprised by the knowledge of his new coach, Pep Guardiola, whose ability to predict what It will happen in games. 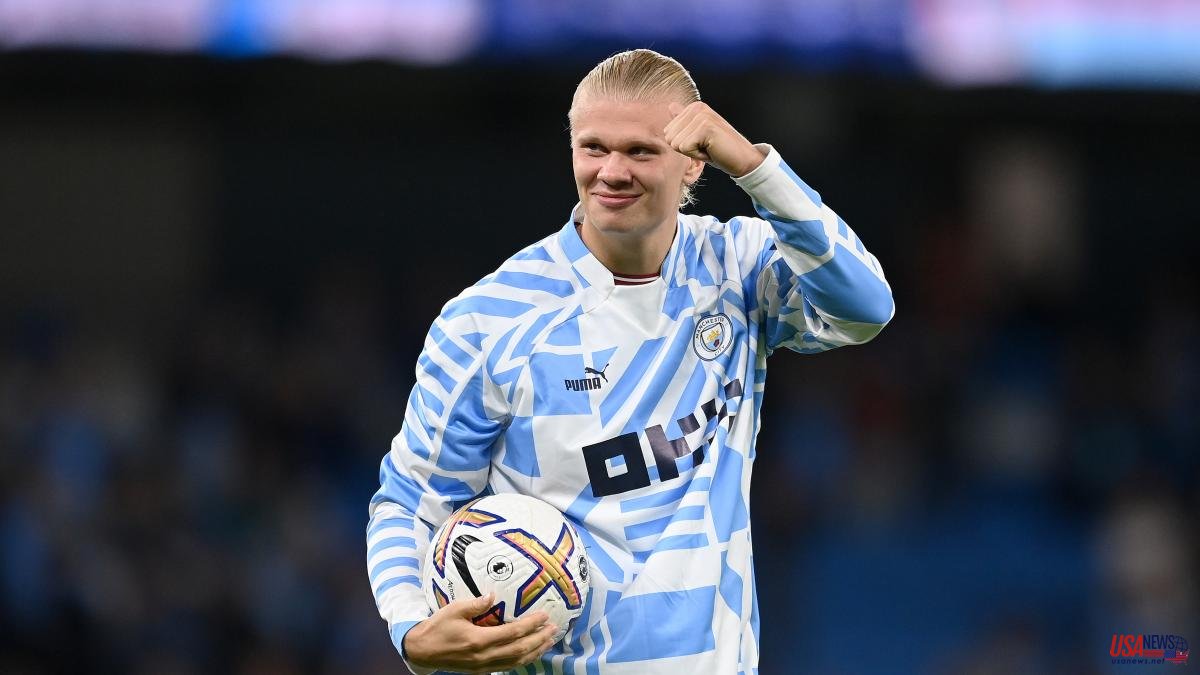 As he did at Borussia Dortmund, Erling Haaland is astonishing with his goalscoring ability at Manchester City and in turn the Norwegian is pleasantly surprised by the knowledge of his new coach, Pep Guardiola, whose ability to predict what It will happen in games.

"He tells us what's going to happen and the next day exactly that happens. It's crazy. There are times I don't understand how it's possible. How to define it, it's like a crazy footballer, a 'footballholic'", he explained in an interview with Gary Neville, former Manchester United player, hours before the Manchester derby match at the Etihad Stadium.

It is not the first time that one of the pupils of the Catalan coach has highlighted his virtue of advancing events or his perfectionism, always attentive to details. "He is crazy about football (...) He understands football," Dani Alves, his player at Barça, said at the time. "Pep visualized the game before it was played. And he said: 'this is going to happen'. And this happened," said Xabi Alonso, with whom he coincided at Bayern.

Now, Guardiola is taking advantage of Haaland, who has already scored 14 goals in just ten games with Manchester City. The skyblue team is second in the Premier League, just one point behind the leader, Mike Arteta's surprising Arsenal, who was second coach with Santpedor, while in the Champions League they are the leader of their group after winning the first two games .

Beyond the praise he collects from his players, Guardiola's track record speaks for itself. The Catalan has won 11 league titles in the 13 seasons he has completed on the bench. Despite winning two with Barça, his pending issue in the last decade is the Champions League, a goal that he could be closer to this year thanks to the incorporation of Haaland.

The Norwegian is raising, even more if possible, the goalscoring capacity of City, a gunpowder that they missed last season in the Champions League qualifiers, specifically in the semifinals, where they were eliminated against Real Madrid who got the ticket to the final after an epic comeback in stoppage time and extra time.

But this year City has Haaland, a goal insurance that has already scored 26 goals in just 21 games played in Europe's top competition. Guardiola hopes that where his vast knowledge does not reach, the quality of the Norwegian will arrive, which in England is also demonstrating his superiority within the area.

Check all the results of Manchester City in the Premier League.