Haaland and the goal always go hand in hand. 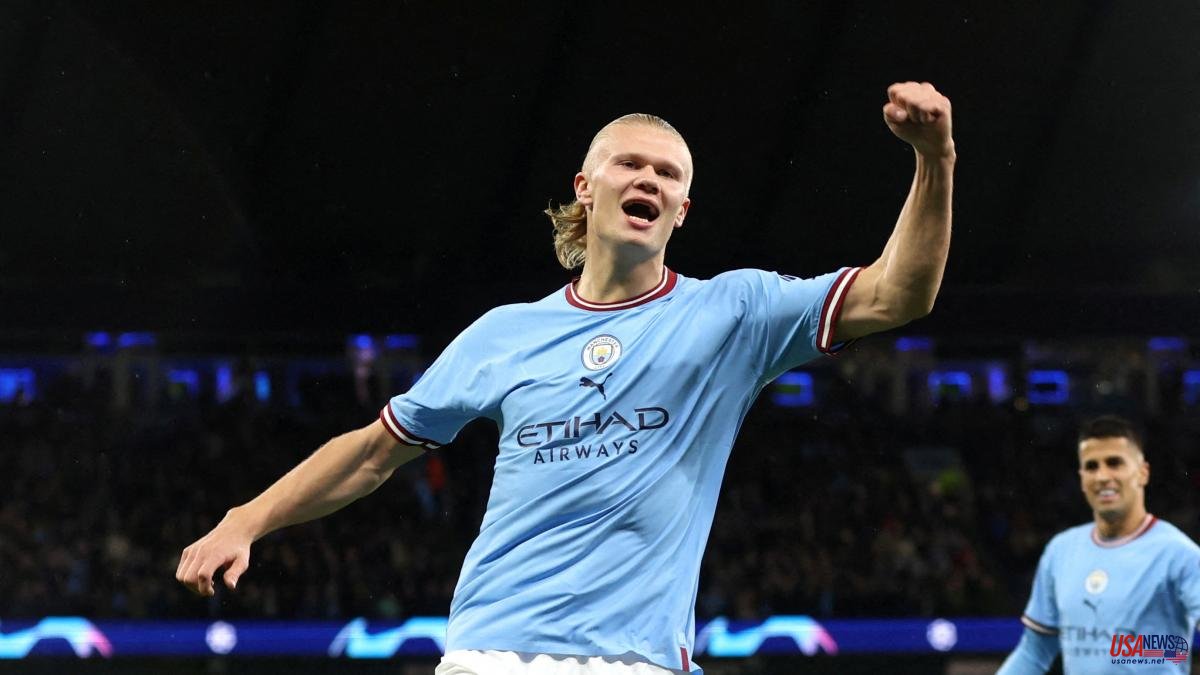 Haaland and the goal always go hand in hand. It does not matter the moment and the importance of the game. When the Norwegian is on the field, he usually pockets the ball sooner rather than later at the back of the opponent's goal. Copenhagen was this Wednesday the last victim of the striker, substituted at halftime, for whom the first half was enough to put Manchester City on track with a double on the third day of the Champions League at the Etihad (5-0). The Nordic has already scored 19 goals in 12 games this season and in the highest European competition he has accumulated 28 in 22 games.

He was in a hurry against the Danish Haaland, who on the first ball he touched in the area, a center from the right of Cancelo, beat Grabara with an unappealable shot. Bernardo Silva was able to widen the gap with a shot at the post, but that fate once again corresponded to the Scandinavian, a magnet for goals, who finished off a dead ball into the net at pleasure in the small area.

The third of the cityzens was Khocholava's own goal, after a shot by Sergio Gómez, although the Norwegian was already with the cane ready. With the game sentenced, without presenting a battle in Copenhagen, Haaland went to the bench and gave the scoring witness to Mahrez and Julián Álvarez. The Algerian scored from a penalty and the Argentine, after a good play by Grealish, completed the win that secured the Guardiola's first position in group G.

PSG had a worse time against Benfica. The last time he played in Da Luz he suffered the most humiliating defeat of his career, the daunting 2-8 against Bayern, and on his return to Lisbon Leo Messi left with a bittersweet taste, scorer of PSG's goal against Benfica but substituted in the 81st minute, when his team needed a goal to achieve victory. In the end, a tie (1-1) that keeps the Portuguese and French with seven points in the fight for the first position in group H.

Galtier's men suffered from the start, with worthy saves from Donnarumma, until Messi, in the first one he had in the 22nd minute, built a work of art with his attacking companions. Rosario first leaned on Mbappé and received from Neymar to inaugurate the electronic with a thread to the squad. The goal gave way to the French champion's best minutes, but then, in a poisoned center from the left by Ramos, the ball ended up inside the visiting goal by grazing Danilo.

After the restart, PSG tilted the field towards the three Portuguese sticks with Messi at the controls, although thick in the last meters. Neymar, from Chile, ran into the crossbar. Mbappé blew up Vlachodimos. The Parisian goal seemed close and, instead, in the end the clearest was for Silva, who failed against Donnarumma after a great play. Schmidt's men showed solidity against a PSG that will have to improve in the next game against the Portuguese in Paris.

Check all the Champions League groups.