Guterres warns that “a winter of global discontent” is approaching

The Secretary General of the United Nations, António Guterres, has used a previously unseen resource during his tenure, a period of extreme turbulence marked by the pandemic, climate change and war unleashed by the Russian invasion of Ukraine. 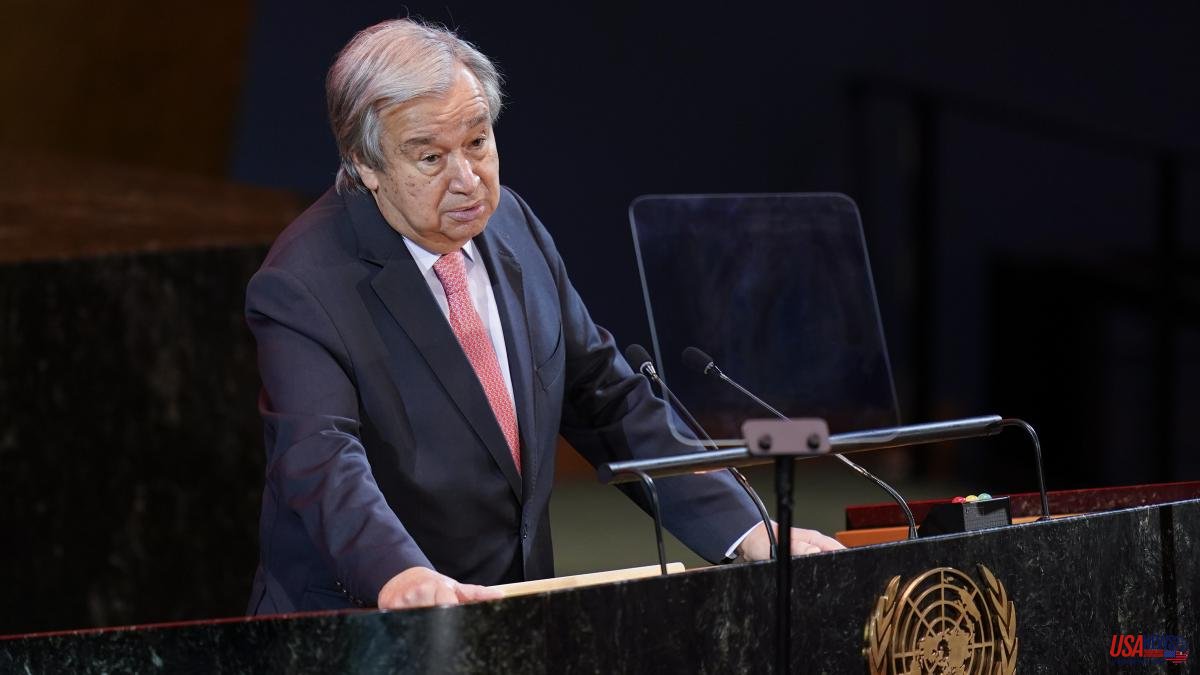 The Secretary General of the United Nations, António Guterres, has used a previously unseen resource during his tenure, a period of extreme turbulence marked by the pandemic, climate change and war unleashed by the Russian invasion of Ukraine.

After saying that "the world is in a big problem", he illustrated his speech to the General Assembly with images of a ship transporting grain to countries in the Horn of Africa thanks to the agreement between Russia and Ukraine in the midst of their conflict warlike

“This ship is the Brave Commander. Sail the Black Sea with the UN flag raised and proudly”, Guterres underlined when opening the 77th edition of the great meeting of the multilateral organization, without a doubt the one that comes at one of the worst moments for health international. Added to the throes of the impact of the pandemic is the terrible war unleashed by the Russian invasion and the increasing impact on the planet by the climate emergency.

Poverty, hunger, food shortages, inflation or lack of energy resources are factors that affect everyone, but especially the southern countries, with the danger of riots. "A winter of global unrest is on the horizon," he has said.

Guterres has exhibited that photograph as "the symbol of what we can achieve when we act together." Navigating through a war zone. "That ship also carries one of the rarest products that exist today: hope."

Although it was a mirage within 26 minutes of his alarming speech, it has served him to claim "a world coalition." It is his recipe, he has concluded, when all progress in society has become "hostage to geopolitical tension", which threatens to break the UN itself and its founding objective, peace.

The global situation is stuck "in a colossal dysfunction", in which there is no capacity to face the challenges. "Our world is in danger and paralyzed," she stressed.

Nearly 150 heads of state and government are expected to speak this week. The most optimistic emphasize that this shows that there are still traces that allow us to think about sharing a multinational space, which is the closest thing to Guterres' hope.

The secretary general has come to this assembly in unimaginable circumstances, not in 2016 when he began his first term, but in 2021 when he was re-elected. His name and his experience found wide consensus.

But the war in Ukraine does not leave him unscathed. They accuse him of the ineffectiveness of the Security Council, the UN's executive body, although its inefficiency is chronic. It reflects the bloc policy that came out of World War II that gave veto rights to five countries (the United States, the United Kingdom, France, Russia and China) and stops any progress in cases between the two sides. It is something that is out of your reach.

Because of this war, Guterres has been criticized by the Ukrainians for visiting Russia and by the Russians for aligning themselves and the organization with the West. Although it is clear that the United States and its allies trust him, his work garners more credit than blame and gives the impression that he works tirelessly.

In his opening remarks, Guterres remarked that the meeting was once again in person after two editions marked by the covid. Another spark of hope “in a forest of red flags”, in which the Russian invasion, the climate emergency and the financial crisis seriously jeopardize the development goals set for 2030, including ending extreme poverty.

“This year the world has enough food, the problem is distribution. But if the fertilizer market does not stabilize – he has warned – next year the problem may be having food itself”.

And he has emphasized that, in addition to the conflict in Ukraine, "there is another battle that we must put an end to, our suicidal war against nature."