Guterres' plea to the nuclear powers 77 years after Hiroshima

Hiroshima urges denuclearization to prevent a repetition of the horrors of the atomic bombing of this Japanese city on the 77th anniversary of the devastating attack. 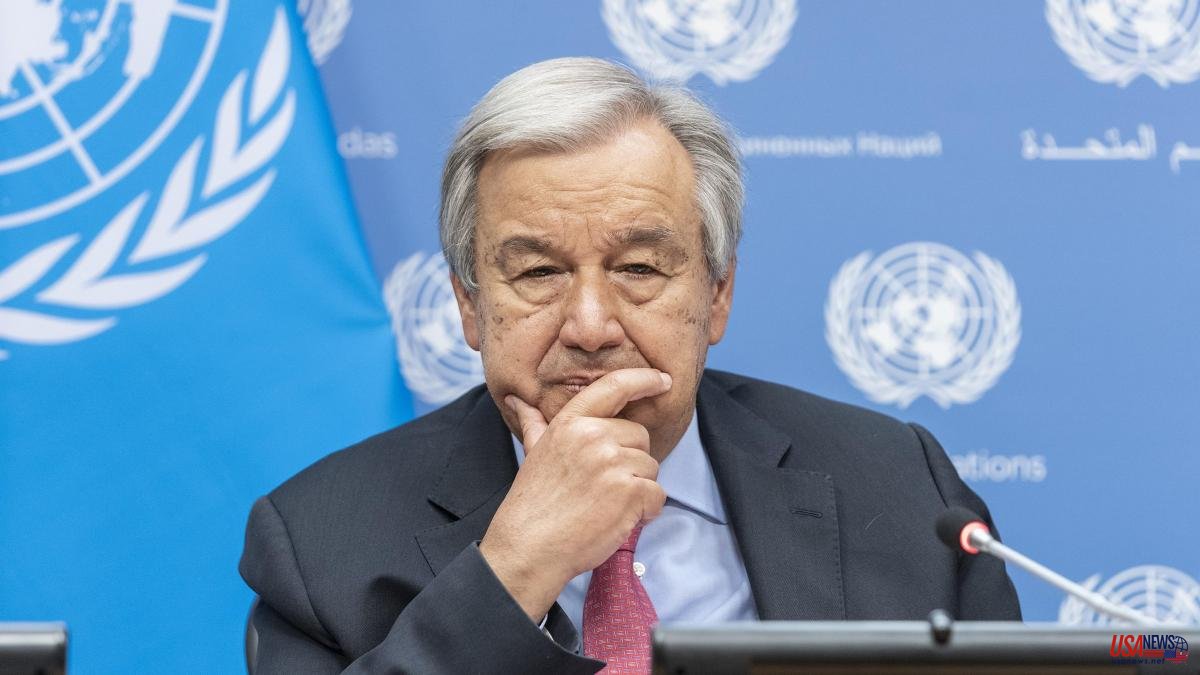 Hiroshima urges denuclearization to prevent a repetition of the horrors of the atomic bombing of this Japanese city on the 77th anniversary of the devastating attack. During his speech at an event to commemorate the thousands of victims left by the bombing, the Secretary General of the United Nations Organization (UN), Antonio Guterres, warned that humanity "plays with a loaded gun" due to the of 13,000 existing atomic weapons and open conflict hotspots in Ukraine, the Korean peninsula or the Middle East.

"The only thing that separates us from the apocalypse is an error, a misunderstanding or a miscalculation," Guterres commented during the event, in which representatives of 98 countries and organizations also participated, including none from Russia or Belarus, who were not invited. by the Japanese authorities due to the war in Ukraine.

Guterres has affirmed that there are "signs of hope" such as the tenth review conference of the Nuclear Non-Proliferation Treaty (NPT) that has been held at the United Nations since the beginning of the month, and whose members he asked "to work urgently to eliminate all the arsenals that threaten our future".

Hiroshima, in western Japan, was the target of the first combat-used atomic bomb in history, dubbed "Little Boy" and dropped by the US Air Force's B-29 Enola Gay bomber on August 6, 1945. The attack immediately exterminated some 80,000 people, the vast majority of them civilians, a number of fatalities that rose to 140,000 at the end due to injuries and resulting illnesses and that in subsequent years more than doubled.

The city celebrated this Saturday a ceremony in memory of the victims in the Peace Park, located near the hypocenter of the devastating explosion, and in which the UN Secretary General, Antonio Guterres, the Japanese Prime Minister, Fumio Kishida , among other political figures and "hibakusha" or survivors of the bombing.

The Japanese Prime Minister stressed that the movement towards a world free of nuclear weapons "seems to be slowing down", before which he appealed from Hiroshima to "stand up and commit to never repeating a similar tragedy". Kishida reiterated that Japan will respect its triple anti-nuclear commitment (neither develop, possess nor allow the deployment of this type of weapon in its territory), despite the fact that certain voices from his party have called for rethinking these principles in the face of the escalation of tensions in Pacific Asia.

However, the Asian country, the only one in the world that has suffered nuclear attacks, has been reluctant to support the Treaty on the Prohibition of Nuclear Weapons, which entered into force in 2021.

The government led by Kishida considers that the Non-Proliferation Treaty, another parallel initiative signed by the majority of the world's countries, is a more effective tool to achieve disarmament, although the revision that is being discussed until the end of the month in the United Nations to reinforce its application has little chance of ending in consensus.

The mayor of Hiroshima, Kazumi Matsui, called on Japan to serve as a "bridge" between the countries that possess and those that do not possess atomic weapons to eradicate artifacts from the planet "that threaten the survival of the human race," he said.

"Entrusting the nuclear button to any world leader carries the risk of repeating the horrors we suffered in Hiroshima," said Matsui, who also accused Russian President Vladimir Putin of "using his citizens as weapons to take the lives of other people".

Three days after the bombing of Hiroshima, on August 9, 1945, the US dropped a second nuclear bomb on Nagasaki, leading to Japan's capitulation six days later and ending World War II.

To the tens of thousands of people killed in the attacks were added many others who died in the days and years following it from burns and diseases such as cancer derived from radiation, as well as thousands of survivors who carried the nuclear stigma.

Currently there are about 118,935 of these "hibakusha", with an average age of 84.5 years, according to official data.