Guitarist Brian May is named 'sir'

Brian May, guitarist for Queen, is now Sir Brian May, Knight of the Order of the British Empire. 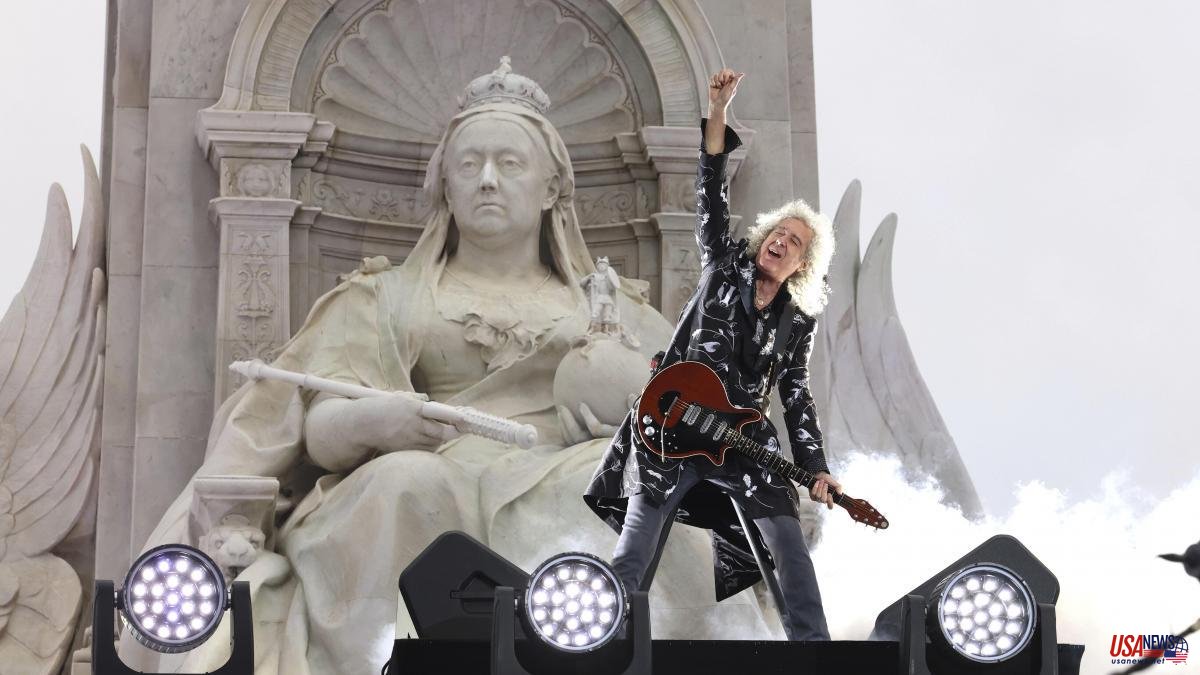 Brian May, guitarist for Queen, is now Sir Brian May, Knight of the Order of the British Empire. This was decided by King Carlos III in his first distribution of titles since he ascended the throne, honoring the 75-year-old veteran guitarist for his contribution to music. Reasons are not lacking, much less when this same August it was the band Queen (with Adam Lambert on vocals) who was in charge of starting the concert at Buckingham Palace during the jubilee celebration of the late Queen Elizabeth II, performing the song 'We will rock you'. Two decades ago, May himself played the United Kingdom anthem on guitar from the top of the London palace to celebrate the golden jubilee, the 50th anniversary of the queen's reign.

May will thus be able to add the title of Knight of the British Empire to his doctorate in astrophysics, awarded in 2007 by Imperial College London. The guitarist, who has long been involved in advocating for animal rights, said he was "thrilled" and "pleasantly surprised" by a title that he hoped would give him "a little more leverage" in his activism. . May has campaigned against badger and fox hunting through an animal welfare group he founded in 2010 called Save Me after the 1980 Queen song.

Like all knights, Brian will be considered 'sir', followed by his name. Likewise, the one who was his wife of 22 years, Anita Dobson, will be able to use the title of 'lady' May. "She's moved to her bones," the musician explained to the media, "I'm proud that she has an honor by my side because God knows he wouldn't be here without her."

In addition to Sir Brian May, a total of 1,107 people, including 548 women, were awarded this year in a list signed for the first time by King Charles III. Among them is the captain of the English soccer team that won the last Euro Cup, Leah Williamson, along with her teammates Lucy Bronze, Beth Mead and Ellen White. Diplomats who led the UK's response to the war in Ukraine were also honored, including Melinda Simmons, ambassador to Kyiv, and Deborah Bronnert, ambassador to Moscow, who received the title 'lady'. While Louenna Hood, a Cambridgeshire nanny who raised more than £190,000 and delivered essential items to people fleeing the Ukraine, she received a British Empire Medal.

These royal distinctions are awarded twice a year, on the occasion of the New Year and on the king's official birthday, which is always celebrated in June, regardless of the monarch's actual date of birth.