The vice president of the European Central Bank (ECB), Luis de Guindos, warned on Wednesday that the probability of a technical recession in the euro area is increasing. 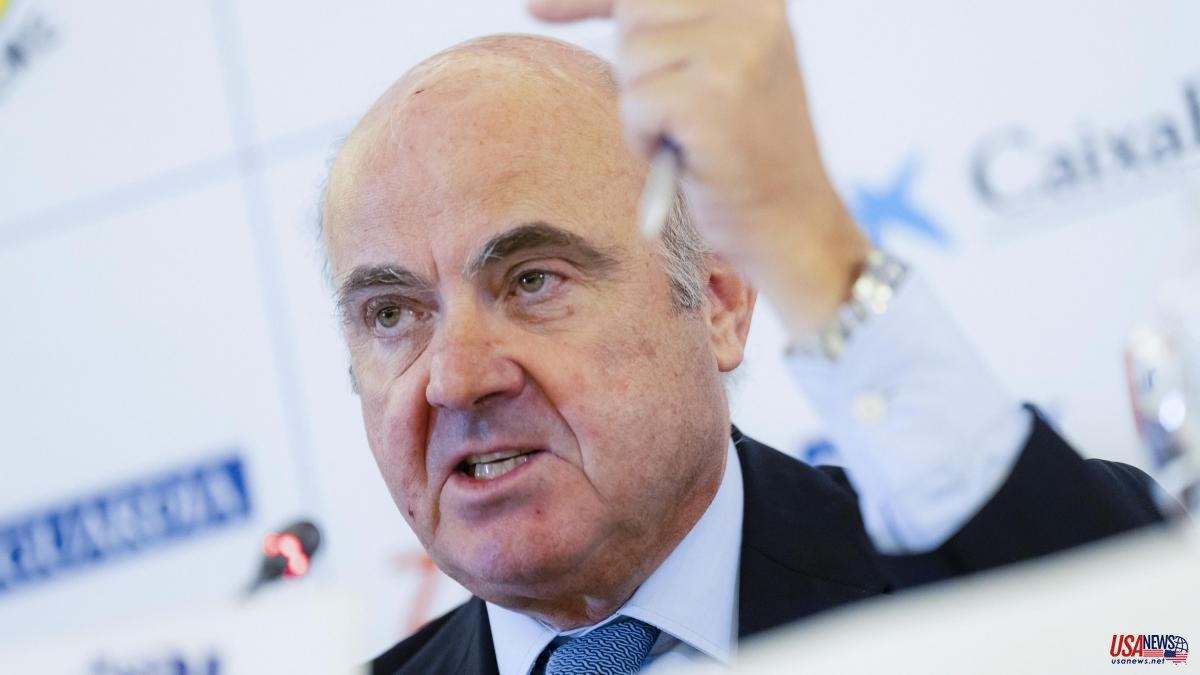 The vice president of the European Central Bank (ECB), Luis de Guindos, warned on Wednesday that the probability of a technical recession in the euro area is increasing. The executive warned of the increase in risks for the banking sector as a whole when presenting the semi-annual report on financial stability carried out by the entity. “People and businesses are already feeling the impact of rising inflation and the slowdown in economic activity,” Guindos said.

"Our analysis is that the risks to financial stability have increased, while a technical recession in the euro area is more likely," added the ECB vice-president. "At the same time, financial conditions have tightened to the extent that central banks act to control inflation," according to the European monetary entity. The ECB began to raise its interest rates in July and, for the moment, they are at 2%, but it will raise them more.

The households, companies and states that have the most debt are the ones that face the most problems due to the increase in interest rates. But also the financial markets, specifically, some investment funds. The problems could appear simultaneously and reinforce each other.

Companies also face more challenges “due to higher energy prices and other input costs” and their profits will fall as financing costs rise. "If the outlook deteriorates further, an increase in the frequency of corporate defaults, especially energy-intensive companies, cannot be ruled out," the ECB predicts.

One potential strain on the markets will be a reduction in the ECB's Asset Purchase Program of 3.3 trillion euros next year, but De Guindos noted that any cuts in the bank's debt stock, mostly public, would likely be gradual and “passive,” meaning that some bonds will be allowed to expire but none will be sold. “My personal opinion is that [quantitative tightening] has to be applied very prudently,” Guindos told the news conference.