These are intense days for the Mexican who in 2018 won the golden statuette for best film and another for best director for The Shape of Water. 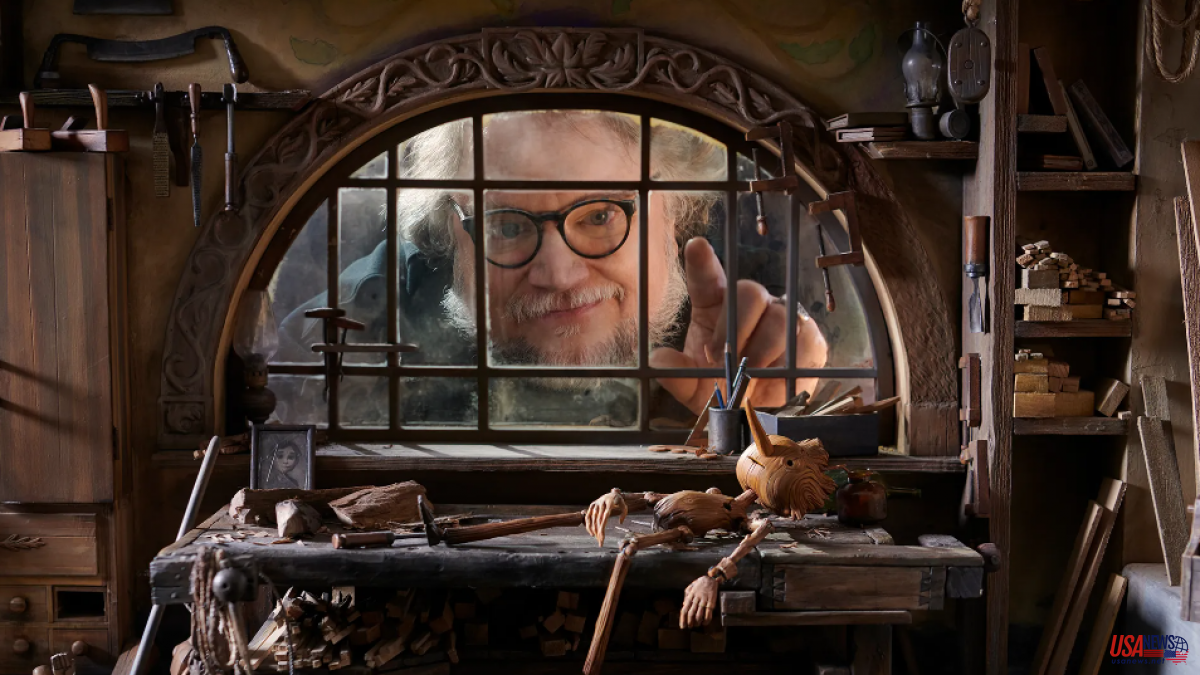 These are intense days for the Mexican who in 2018 won the golden statuette for best film and another for best director for The Shape of Water. Last Monday he was in Burbank, the Los Angeles neighborhood where Tim Burton was born, in a question and answer session about the animated version of Pinocchio that he has directed, which opens tomorrow, Friday, and which bears his first and last name in the Title: Pinocchio by Guillermo del Toro.

There he explained that in the adaptation of the novel by Carlo Collodi that he has written with Matthew Robbins includes new elements such as war, the loss of a child and reincarnation. "I found it interesting to have a father who begs for his lost son to be returned, and then doesn't recognize him when that dream comes true. I also wanted this version to be the complete opposite of what Pinocchio has always been, that instead of celebrating obedience, he did it with disobedience. Instead of everyone teaching Pinocchio and him changing, he doesn't change too much," he said in the conversation.

And while del Toro admitted there were many things he kept from the original story, like the black rabbits of death, he always struck a fine balance between preserving some things and ignoring others: "One of the things I like about the novel by Collodi is the suddenness with which things change, and we tried to preserve that. We also tried to include a lot of images of Catholicism. But above all else, I wanted this to be a story about parents and children, which includes the worst form of paternalism, which is fascism. I knew that if we could combine all those things, we were going to create something new," he summed up. The action is set, this time, in Mussolini's Italy.

However, the director pointed out that his film - 117 minutes of stop-motion animation - is very different from the 1940 animated classic popularized by Walt Disney and the chapter novel created by Collodi in 1883: "That's why I wanted in the title My name will be on it, because this isn't Collodi's Pinocchio and this isn't Disney's. This is Del Toro's Pinocchio. When you see it, you shouldn't expect to recognize much of the other two, because in a way it's a response to them. However, something that we took directly from Collodi that no one had done before is that the cricket is constantly being squashed," he revealed.

"We started with this dream about 15 years ago," explained Guillermo del Toro, to which he added: "By 2008 we were already fully involved in the project, but we heard over and over again what they usually tell you in Hollywood, that it's not So when you get a chance to make a movie, you shouldn't waste it doing something that's tried before."

Del Toro, who once tried to start his career as a director with a stop-motion animated film in Mexico that was never made because unknown people destroyed the sets, defiantly maintained that animation is not a genre for the little ones: " When they ask me if Pinocchio is for children, I tell them no, but that they can see it if their parents explain it to them, because it is not a pasteurized yogurt that they can consume without anyone paying attention," he said with his characteristic sense of humor. .

According to the director, in his Pinocchio, "I was convinced that if we animated the ordinary, something extraordinary would end up. I also told my animators that they were going to be the actors in this film. With them, those who we directed with Mark Gustafson, we made some rules and broke others. There were animators who only worked on one scene for the entire making of the movie. They walked on a set and never changed during the 1000 days of shooting. We gave them 20 minutes of a character and That's why you'll see that in the credits they appear at the same level as the actors who provided the voices. I also told them that they were not going to get a single recommendation from the studio nor were we going to change anything. We created a sanctuary for them," he said.