Guardiola bets on recovering the capacity of Catalan influence

Yesterday Jaume Guardiola presented his proposal to lead the Cercle d'Economia in the Círculo Ecuestre with a view to recovering Catalonia's ability to influence and with the aim of avoiding decline in certain areas. 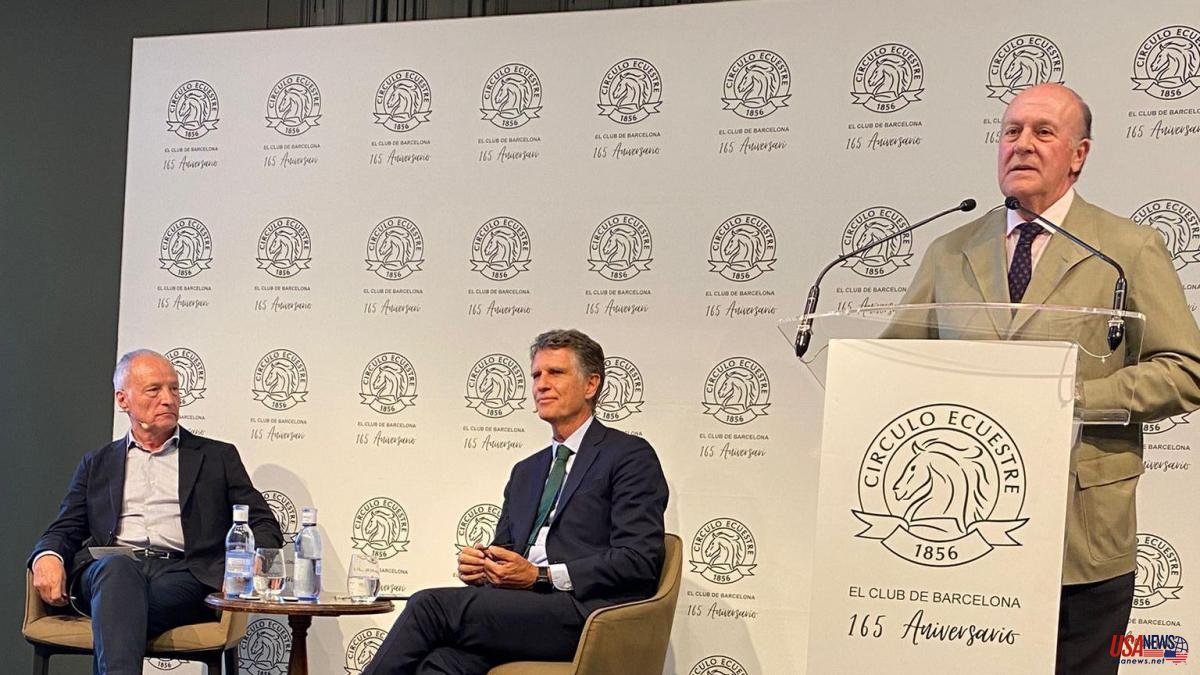 Yesterday Jaume Guardiola presented his proposal to lead the Cercle d'Economia in the Círculo Ecuestre with a view to recovering Catalonia's ability to influence and with the aim of avoiding decline in certain areas. It was just the day that the Cercle electoral table, chaired by Salvador Alemany, proclaimed Guardiola as a candidate by accepting as valid 588 of the 601 endorsements delivered and Rosa Cañadas, who added another 216 endorsements. Both will face each other in the first elections held by the Cercle in its history, on July 12.

At the conference, Guardiola said that one of the pending issues to resolve is the State model: "In Catalonia there is a strong society, with a specific weight, which has been a financier in the process in Spain and, however, the response in terms of power has not been balanced. In this sense, he pointed out that “there is no possibility that Catalonia will not be at the negotiating tables”.

During the debate the question arose about the supposed decline of the Catalan community beyond what the large macroeconomic figures show. "Catalonia's weight in relation to GDP has remained the same, but in relation per capita it has fallen," Guardiola acknowledged. The former CEO of Banc Sabadell added that if the comparison is made with other territories of the European Union, "we have been diverging for ten years". At the Spanish level, he specified, Catalonia fares poorly compared to Madrid (it lost the leadership of the communities) and with the Basque Country it also fell back in per capita terms: "This is an indicator that expresses better than any other the situation in which we we find".

When looking for the causes of this process, the candidate for the Cercle cited the existence of a "state model highly oriented towards a vision of concentration of economic power in Madrid." Another reason is the loss of the industrial fabric in the territory in recent years in favor of the services sector. And the third, the sovereignist process of Catalonia: "The effect of distraction of investments that has occurred during the last ten years just by putting a certain political risk in the equation is a reality." He recalled that when asked about the effect of the flight of social headquarters in 2017, he acknowledges that it is limited, but not the effect of the drop in investment.

From here, the former banker wanted to detail the opportunities that will arise for Barcelona in the coming years as a result of what he has defined as a "diversification and democratization" of the economies. “A new, more open economy is emerging and Barcelona has been able to put together an ecosystem that will allow it the opportunity to capture more of the growth,” he added.