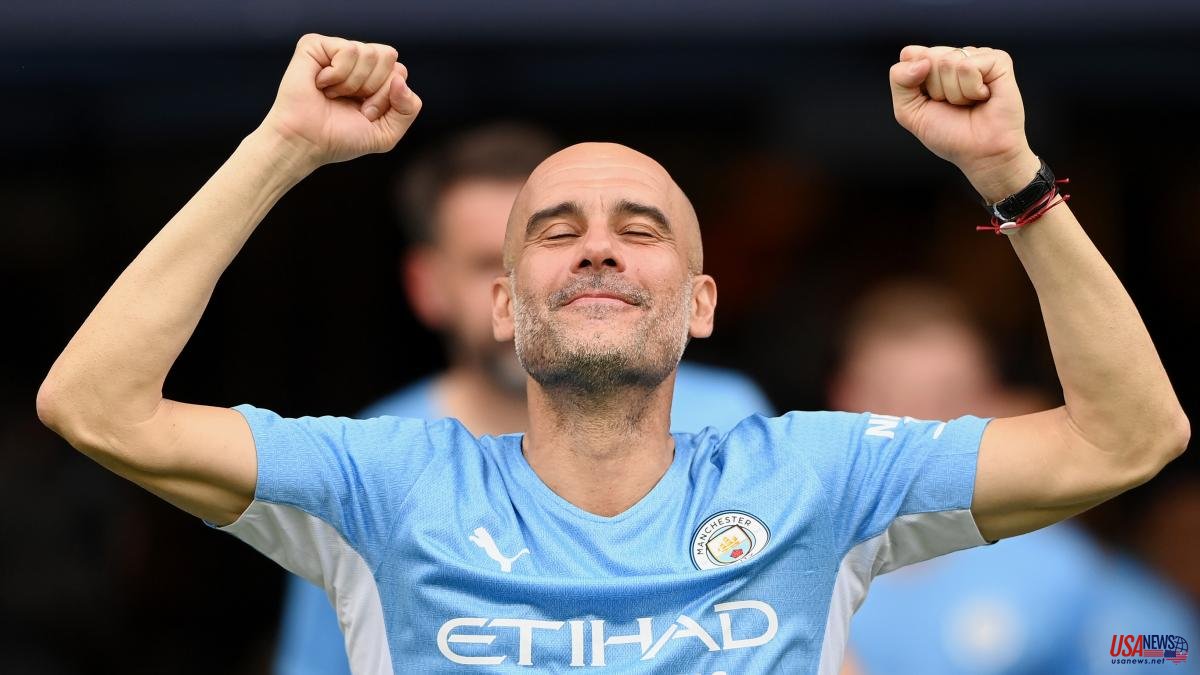 Ten leagues in thirteen seasons. 32 titles in all. Three Leagues, three Bundesligas, four Premier League. Pep Guardiola's numbers are scary. At 51 years old, he is the most successful coach today and the third in the history of football. In addition, in England he has slipped into the record book as the most successful foreign coach in just six seasons. [See the Premier League standings].

With the achievement of the fourth Premier League, Guardiola continues to progress on his way to being the best coach in history. At the moment, only Alex Ferguson, with 49 titles in a 39-year career, and Mircea Lucescu, with 35 titles in 41 years, surpass Santpedor, who has 32 titles in just 13 seasons. Almost three titles per course.

Since he became a coach, Guardiola has won 76% of the leagues he has played in. In Spain he did not win the last one he played with Barça after winning it three consecutive years. In Germany he was full in the three years he directed Bayern Munich. In England he accumulates four in six years. He had never spent so much time in the same team as a coach and it is already the competition that he has lifted the most times.

In addition, with this fourth title he becomes one of the nine coaches who have won at least four leagues in England and, of course, he is the only non-British in this list. In addition, with this figure he leaves behind illustrious names such as José Mourinho or Arsene Wenger or Bil Shankly and equals, among others, Kenny Dalglish.