His defense had already announced it after knowing the opinion of the Supreme Court on the political piece of the ERE that condemns the former president of the Board José Antonio Griñán to six years in prison for the commission of a crime of embezzlement of public funds: they would exhaust all the procedures at its disposal to stop the execution of the sentence. 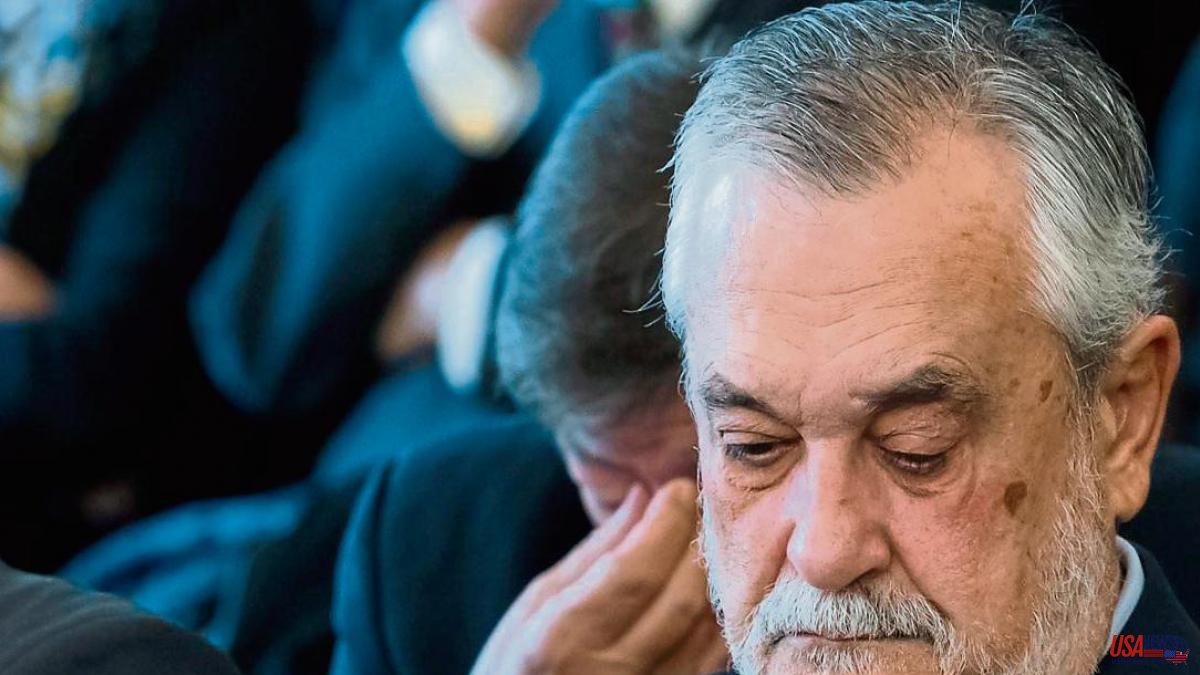 His defense had already announced it after knowing the opinion of the Supreme Court on the political piece of the ERE that condemns the former president of the Board José Antonio Griñán to six years in prison for the commission of a crime of embezzlement of public funds: they would exhaust all the procedures at its disposal to stop the execution of the sentence. Today, and as a preliminary step to resort to the Constitutional Court for this purpose, the convicted person has presented an incident of annulment against this sentence in the Criminal Chamber of the TS.

Let us remember that the Court of Seville already has in its possession the actions related to this piece and, therefore, could execute the ruling immediately, although there is no specific period to do so. It remains to be seen if it is finally decided to wait for these procedures to be resolved before ordering the convicts to be imprisoned.

This incident of annulment before the Supreme Court is the necessary preliminary step to file an amparo appeal before the Constitutional Court in order to suspend the execution of the sentence, a ruling that has generated some controversy as it was not unanimous. Two of the five magistrates that made up the court, specifically Ana Ferrer and Susana Polo, considered that it was not appropriate to charge Griñán with the crime of embezzlement (prison sentence), although there was total agreement on his conviction for prevarication. Both argued that they did not consider that the former socialist leader had embezzled because there was no "fraud" in his actions, since he was outside the Ministry of Employment and did not participate in the execution of the final phase of the budgets, so they only see in him an "excess of confidence" towards his colleagues in government.

However, the Supreme Court ruling reflects that the former president was aware of the fraudulent framework for granting social and labor aid to workers and companies in times of crisis, which meant a hole of more than 700 million euros in the public coffers. Andalusians. The High Court highlighted Griñán's "passivity" in the face of "waste" since it indicates that he not only knew of and allowed aid to be paid knowing the "lack of control" and "very serious illegalities" but also did nothing to prevent it.

To this end, the incident of annulment presented by Griñan's defense wields a possible injury to the principle of presumption of innocence, as the Supreme Court's ruling was "fragmented" in a first announcement on July 26 regarding its meaning; and the subsequent notification of the complete ruling on September 14. For Griñán's defense, the Supreme Court would have declared the sentence "unfounded" as such in July.

On the other hand, and in parallel, his family has already presented his request for a partial pardon to the Ministry of Justice, citing "humanitarian reasons." In the text, which seeks to ensure that Griñán does not have to go to jail, his family insists that "at no time" has there been "absolute personal or family enrichment" since he insists on the "irreproachable" career that for more than forty years he has practiced.

The request for the central government to grant him this measure of grace has the support of more than 4,000 prominent people from the world of politics (many of his party colleagues and well from other formations, such as some former PP politicians) and the academic , although it has also received criticism from the ranks of the popular both regionally and nationally. It was the current president of the Junta de Andalucía, Juanma Moreno, who warned that "pardoning Griñán would undermine the credibility of Justice."