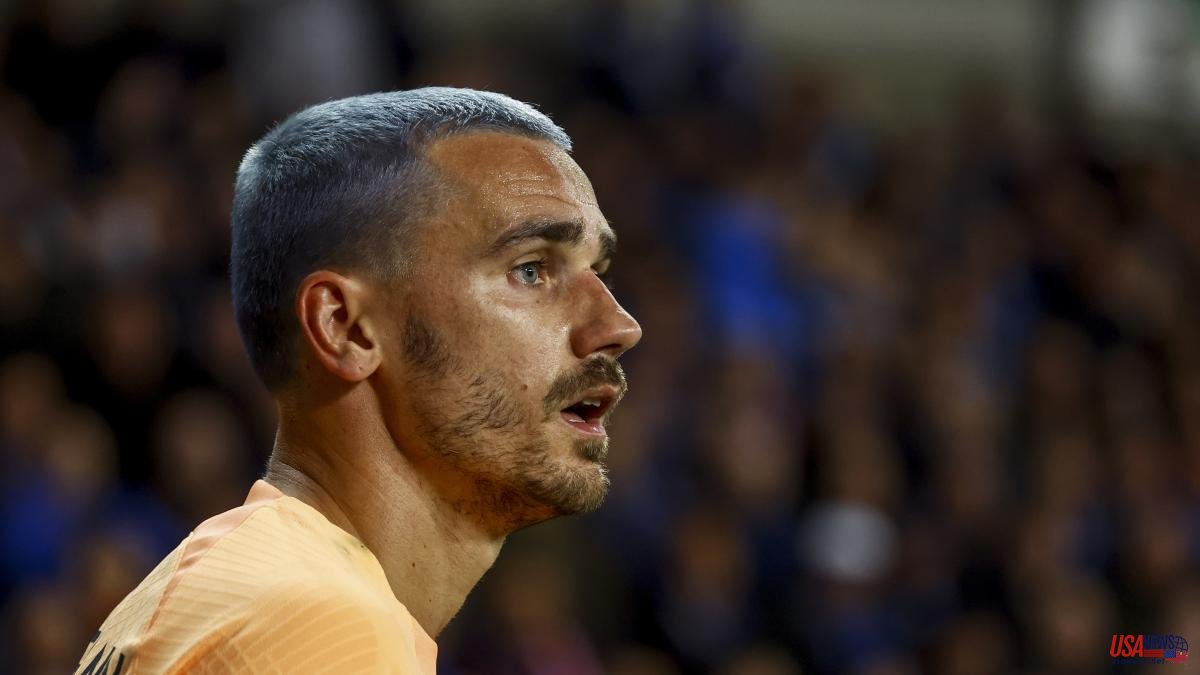 Antoine Griezmann is close to officially becoming a player owned by Atlético de Madrid. The mattress club and Barça have reached an agreement for the transfer of the footballer for 20 million euros, halving the 40 million compulsory purchase stipulated in 2021.

Another four million in variables have also been agreed, one of which would be for the rojiblanco team to qualify for the knockout stages of the Champions League. In addition, as La Vanguardia has learned, in the event that Atlético sells the footballer for an amount greater than the agreed 40, they must pay the difference to Barcelona until they reach them.

It has been the footballer himself who has promoted the negotiations. He spoke with the two clubs and with his team to sit down and negotiate a positive agreement for all parties. In addition, the French would lower his salary again to be owned by Atlético de Madrid.

It should be remembered that Griezmann's transfer to Atlético for two years was closed at the last minute of the 2021 summer market. The operation contemplated a mandatory purchase option of 40 million euros as long as Griezmann played at least 45 minutes in 50 per percent of the matches in which he is available during his two years in the Spanish capital.

The Frenchman's statistics in the first season of his return to the mattress team smiled at the Blaugrana interests: he played 30 of the 37 games in which he was available, 81 percent. That trend drastically changed this course. In eight games of this League he has been a substitute in 7. And in all of them, he took the field in the last half hour, therefore less than what was stipulated in the contract. In the League, the only game in which he has been a starter was in the Madrid derby against Real Madrid. "I'm a club man," acknowledged Simeone when asked about this issue that responds to the interests of Atlético de Madrid.

According to Atlético, for a match to count as played, Griezmann must be lined up as a starter or have played a minimum of 45 minutes, as long as he is available or called up and is not sanctioned or injured. If he does not play those specified 45 minutes, he would not count as a match played. These calculations are explained because the mattress entity considered that paying 40 million was out of its reach and Barça, which did not expect Griezmann to take the return airlift again, considered denouncing the case. The Blaugrana club maintained that the transfer was for one year, plus an extension for a second year if a series of conditions were met. In that first year, according to the Barça club, Griezmann had to play more than 50% of the minutes he was available and he played 81%.

President Enrique Cerezo already revealed in the run-up to the Champions League match against Club Bruges that "negotiations are always taking place in football" when he was asked if there was already an open conversation in this regard with the Barça entity to reach an agreement that, in the absence of a signature, it is already a reality. And yesterday Griezmann already played the 90 minutes in the Champions League against Bruges.