'Green algae', a documentary comic against the production systems of macro-farms

The mysterious death of three people and 40 animals on the beaches of French Brittany led the journalist Inès Léraud to investigate the origin of these deaths. 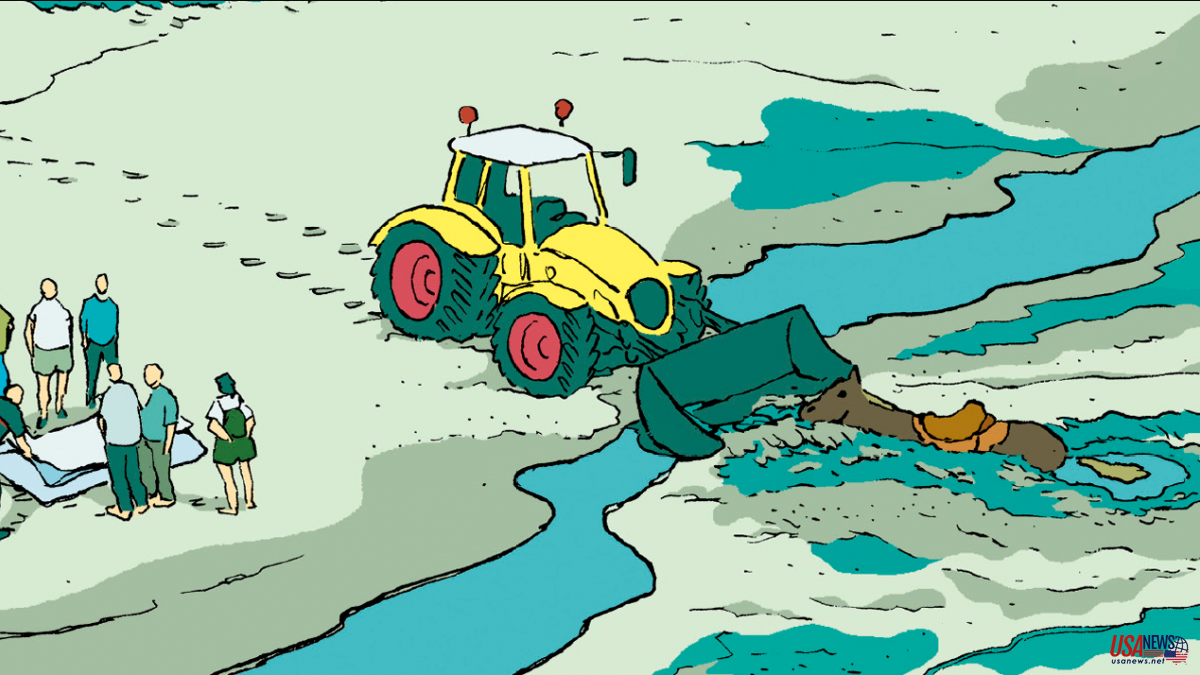 The mysterious death of three people and 40 animals on the beaches of French Brittany led the journalist Inès Léraud to investigate the origin of these deaths. Very soon she fixed her gaze on the suspicious invasion of toxic green algae that, time and time again, cover the region's beaches. She spoke with doctors, farmers, ranchers, environmentalists, politicians and found herself, from the outset, very silent and eager to look the other way.

Pulling the thread, thanks to a five-year journalistic investigation, suspicions pointed out that the deaths were caused by hydrogen sulfide released by decomposing green algae. A fatal scenario enhanced by the use of fertilizers and by the waste generated by macro-farms, industrial livestock facilities that are very common in that French territory where three million people live and an estimated population of 12 million pigs. A unique case but one that contributes to making Brittany one of the most economically powerful regions in Europe.

The investigation of the journalist Inès Léraud became in 2019 a journalistic report in the form of a comic drawn by the Frenchman Pierre van Hove, which is published in Spanish under the title Green Algas. The forbidden story (Astiberri) and the translation by Rubén Lardín. Politicians businessmen farmers and university professors and members of the agri-food lobby have been interviewed to prepare this non-fiction comic. The result is a devastating portrait that denounces the little control of waste from intensive agriculture and the silence of administrations and public entities that ignored the complaints they had already received.

The book recounts, for example, the case of Pierre Philippe, a Breton emergency doctor who repeatedly alerted his superiors, indicating that the origin of these deaths was related to poisoning by inhalation of toxic gases. They never took it into consideration.

A job that can be read in one go despite the complexity of the subject matter because good journalistic reports have the capacity to be exciting reading if they are done with talent. And this one is. Green Algas is a brilliant exercise in investigative and denunciation journalism, a report that has opted for the comic format to present itself. It almost seems like a thriller when it tells us about the disappearance of samples from the laboratories, the corpses buried without prior autopsy or the threats received by the few who dare to denounce. In France, this album has already sold more than 120,000 copies and has contributed to reopening the debate on the pollution caused by macrofarms.

We already knew about the cartoonist Pierre Van Hove his previous work published in Spanish, an interesting comic entitled The Book Thief (El Mono Libre Publishing House, 2021). On this occasion, his drawing is put at the service of Léraud's work and effectively contributes to following the thread of the investigations. The vignettes reinforce their expressiveness thanks to the striking color of Mathilda, who systematically resorts to the green of the algae and a lurid yellow that conveys an unsettling sense of alarm and toxicity that fits perfectly with the tone of the work.