They arrive at the interview humming that of You're the one that I want, (You are the one I want), oh, oh, ooh, honey. 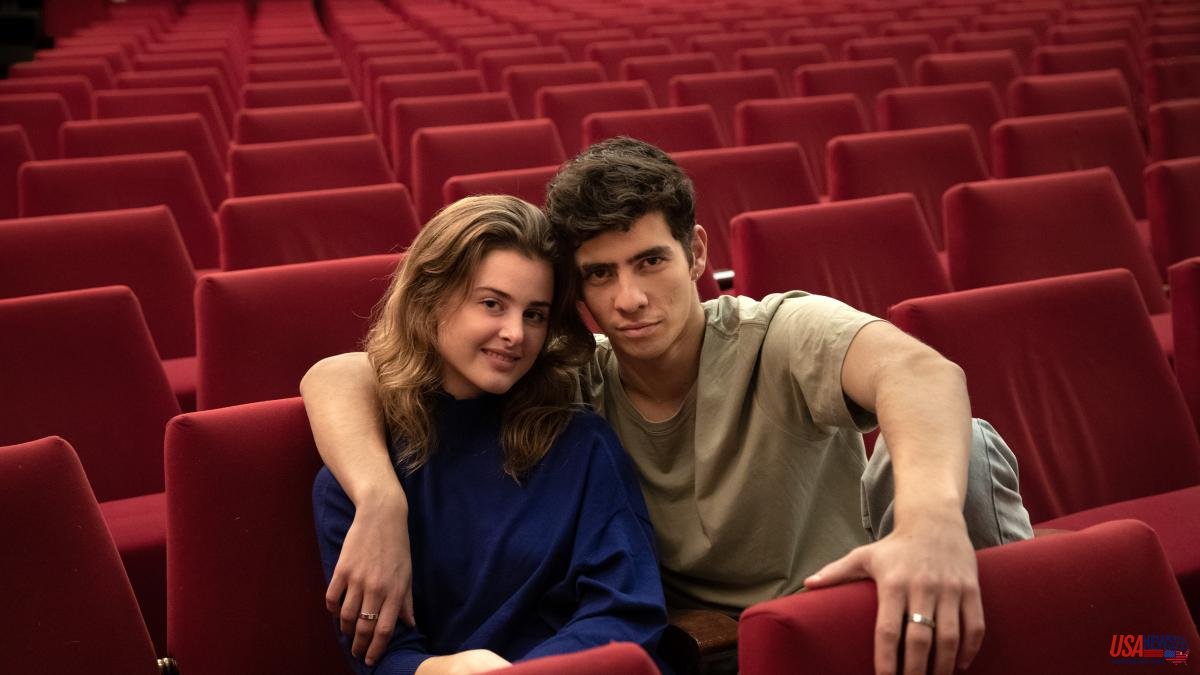 They arrive at the interview humming that of You're the one that I want, (You are the one I want), oh, oh, ooh, honey. Mia Lardner and Quique González have long been converted into Sandy Olsson and Danny Zuko. Neither the songs nor the dances of Grease have secrets for them anymore. They were in the Madrid theater counting and dancing non-stop for more than two years offering eight performances a week. The show worked and now he goes on stage at the Tívoli in Barcelona.

Lardner and González revive on stage the romance that John de Travolta and Olivia Newton-John had on the big screen in Grease, Randal Kleiser's 1978 film that has since been revisited by generation after generation. "I first saw the movie four or five years ago and have seen it a thousand times since," explains Lardner, now 21.

"When I was little they told me that I looked a lot like Newton-John, but I never imagined that I would get to play the part of Sandy. This is a dream," she adds. But it is a dream that the young artist has earned with great effort. She began training as a student of classical and contemporary dance at the Institut del Teatre when she was six years old. In her teens she went to Germany where she had an apprenticeship, "but I wanted to do musicals, because I also sang and I was drawn to acting, and when I heard about the casting for Grease I didn't hesitate to sign up."

Also González, who is now 19 years old, felt the call of the show from a very young age. "I started doing theater at the age of five at school because I loved it. At the age of ten I participated in Sonrisas y lágrimas in Madrid and later I studied at different musical theater academies and with teachers from various disciplines," explains the young artist with joy. contagious.

After working on Laura and the enigma of lost music, he landed on the casting for Grease, which "was very long because it was a unique opportunity and a lot of people showed up." The selection of the protagonists was not a matter of a day: "There was a training offered by the production company that included lessons in acting, singing, jazz, acrobatics, tap dancing, rock and roll, acrobatic rock and clown."

Quique was 16 years old at the time and Mia was 18. They were selected and now, after 300 performances in Madrid, they have everything to make the audience fall in love again with the story of that couple who lives a summer love affair and meets again in high school. He turns out to be a lot tougher than anticipated. She, a bit more cheesy than expected. But between dances and songs, Sandy and Danny will meet again.