Goycoechea: "The secret in the tandas is calmness and leg power"

In 1990 Sergio Goycoechea (1963) started the World Cup as a substitute for Pumpido and, after his injury in the second match, he ended it as a hero for Argentina after the shoot-outs against Yugoslavia (quarterfinals) and Italy (semifinals). 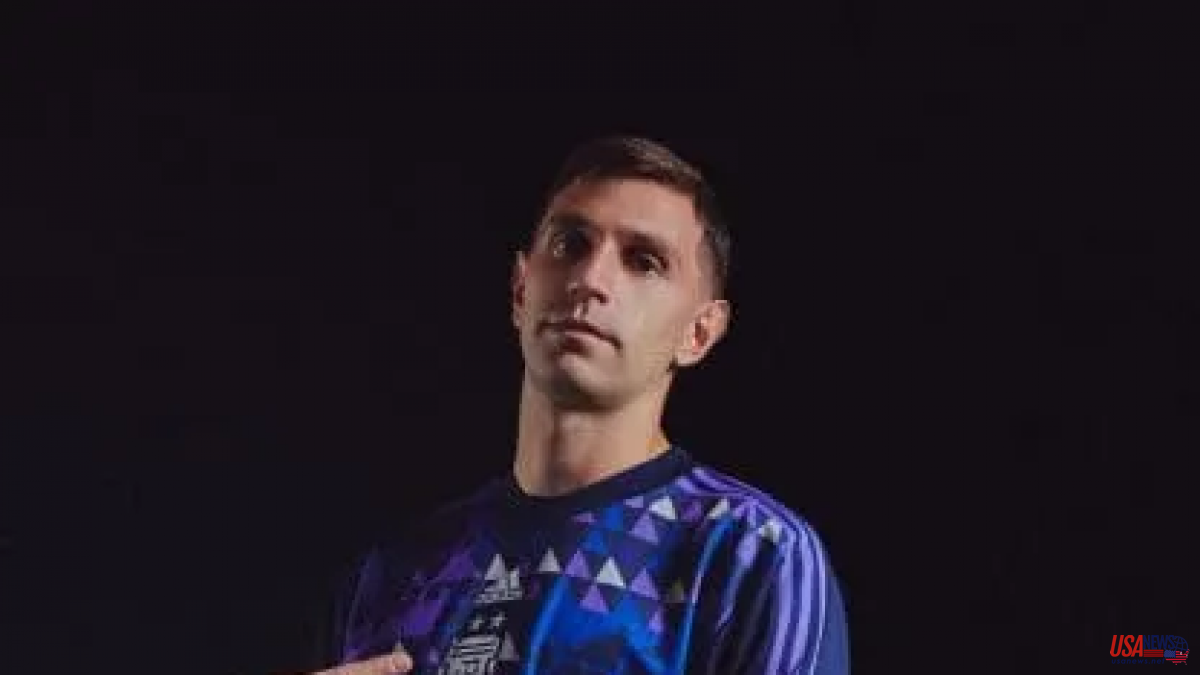 In 1990 Sergio Goycoechea (1963) started the World Cup as a substitute for Pumpido and, after his injury in the second match, he ended it as a hero for Argentina after the shoot-outs against Yugoslavia (quarterfinals) and Italy (semifinals). He then he did not wear a beard. He now presents La noche del Mundial de TV Pública, where he also conducts the previews and posts of Argentina's matches in Qatar. He also has a radio show on D-Sports Radio.

Why has he shaved again?

It was because of a dream I had. Before playing against the Netherlands, I remembered that in 2014, when Romero saved two penalties in the semifinals, he did not have a beard. So I took it off and we went through penalties again. So he has to live the rest of the World Cup with a smooth face.

It has always been necessary to have a lot of calm and leg power. Now the information has been added to it, which is more accessible. You have more views of all pitchers. That helps decision making.

Is it reflected in Emiliano Martinez?

Dibu already did it in the Copa América. He is a goalkeeper with a lot of confidence and personality. He gets bigger on penalties, it's a facet that suits him like a glove.

What did you know about the players from Yugoslavia and Italy?

We had Bilardo as coach, who was a forward. He controlled everything. I looked at whether the player was left-handed or right-handed, in the position of the body, if he was skilful because the less technical ones shoot harder.

Was Brehme's man close to stopping in the final?

It's what I tell him. It is one thing to be clear about where you are going. Another is execution. I always thought that Brehme would shoot to my right but he believed that he would do it higher up – it was low. That was the technical gesture that I lacked. The German penalty was 99% perfect.

In the last 15 years archers have grown. Before I was at the top and more was considered exaggerated. Now the strange thing is that they do not exceed 1.90.

The 1991 Copa América was decided with a group, without playoffs. What a coincidence!

There were no penalties but we won it anyway.

Have you ever had a panenka shot?

Not with the selection. But yes when he played for Inter de Porto Alegre. Djalminha, who was at Guaraní, did it to me back in 1995. It's terrible, for the goalkeeper and for the forward if the goalkeeper stays still.

You turned to a psychologist to manage the withdrawal. Martinez also works with one.

It is important in all people. In football you expose yourself every seven days. In the World Cup, less, you play seven games in 28 days. The head is essential. An architect or a chemist have breaks. The athlete must perform here and now, he has no possibility of repair or amendment. It is natural that football incorporates psychologists. You have to be stable so that it doesn't affect your talent, whether it's stopping or playing.

In Qatar, Argentina started losing like you did in Italy.

You get bitter because in the World Cup there is very little margin for error and it is extra pressure. But I wasn't worried about the team because it has been demonstrating for two years and you can't doubt or change for one game. The emotional response was very good. The same as the other day: they played a great extra time after they were equalized in a game that was defined in the 75th minute. They deserved to win before penalties.

Messi, 35 years old, has loaded the team on his back. Did you expect those performances?

He has transformed from a player to a leader. He talks about the intelligence with which he understands the game. Van Gaal's criticism, which he said he did not defend, is relative. He does not disconnect. He is scanning the game to position himself where he is going to be more gravitating. He is looking for the spaces of him.

How did you live the death of Maradona?

Diego will always be present in each of the Argentines. He is such an idol that it is hard to think that he is not with us physically. I was a friend of his and his family. We played together, I had him as a coach at Mandiyú and I did a television program with him. The blow was very hard.

I was going to do my show. They asked me if I wanted to go on the air and I said yes, so as not to think. Where the tab fell on me was in the government house. I have been twice there. In 1990 we were together celebrating the runner-up. In the other he was in a coffin.