The partners and allies of the coalition government, with the sole exception of the PSOE, have turned this Thursday the plenary session on the Pegasus espionage scandal into a debate on the state of the democratic question and the authoritarian tensions that have seized deep of the State and that call into question the cleanliness of the game of political pluralism. 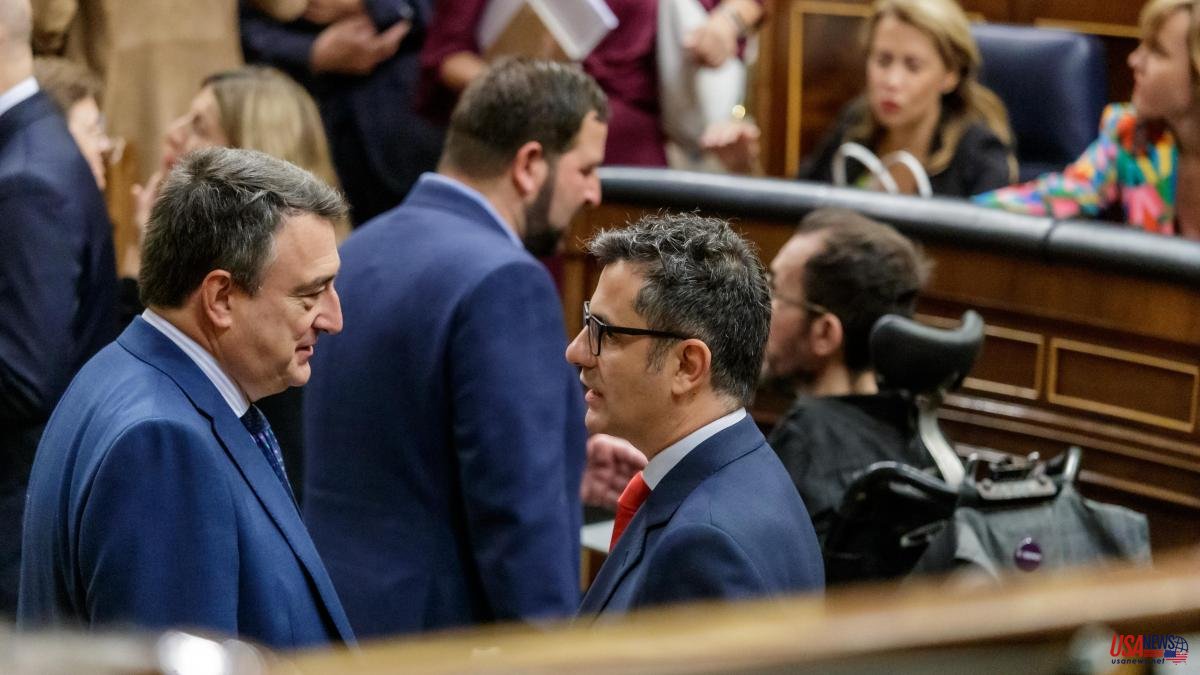 The partners and allies of the coalition government, with the sole exception of the PSOE, have turned this Thursday the plenary session on the Pegasus espionage scandal into a debate on the state of the democratic question and the authoritarian tensions that have seized deep of the State and that call into question the cleanliness of the game of political pluralism. An abysmal debate in which they all expressed to President Pedro Sánchez his patent dissatisfaction with his terse explanations of the behavior of the CNI.

The interventions of all the spokespersons, from ERC to Más País, passing through Unidos Podemos, PNV, EH-Bildu, Junts, PDECat, CUP and Compromís, would be said to be synchronized due to the coincidence in their diagnosis of the seriousness of the scandal, which reveals , and the request for exhaustive explanations about who, when, how and why they were spied on, with or without judicial authorization. And also, the demand for legal reforms of transparency and democratic deepening that stop the authoritarian turn that the deep State is experiencing, expressly alluding to the situation of reactionary turn that is experienced in the forces of order, in the armed forces and in the judiciary.

The metaphor of the PNV spokesman, Aitor Esteban, is eloquent of the feeling expressed by practically all the spokespersons: “The State continues on the wave of a permanent transition without having reached the beach, and on top of that today we suffer from a hangover that wants to take us to the past".

The president of the confederal group of United We Can, Jaume Asens, summed up the Pegasus case as an "attack on fundamental rights incompatible with democracy", and demanded light and stenographers before a case in which it is shown that "the executive spy on the legislature”, a flagrant violation of the democratic principles of separation of powers. The leader of the commons demanded commitment and courage from the president in clarifying what happened and warned that "the right wants to impose a law of mafia silence." And he mentioned the elephant in the room of Western democracies: the risk of taking the course of Poland or Hungary.

The ERC spokesman, Gabriel Rufián, also alluded to this omertá regarding espionage, who sanctioned that "a country in which the most important law is the law of silence is not a country, it is a mafia." And he alluded to that action by the deep state against political plurality, pointing out that the biggest game is the PSOE. “Are you aware that there is a bunker operation that seeks to excite us to destabilize you?” he asked the president directly. "Neither a State nor a government can have a parallel life," snapped the Republican leader.

But his main reproach went to Margarita Robles, whom he defined as "the one who was a progressive judge and today is Minister of Defense": "Mrs. Robles, I am convinced that you love your country, but you love it badly (... ) I went to school and you were already fighting them, the question is why do you protect them now? They are, of course, the vigilante operators of the deep state.

And he dedicated the end of his speech to counter a reproach that Jaume Asens had thrown at him. The commons deputy protested the accusations launched by Ernest Maragall against Ada Colau for espionage, and the republican spokesman closed his intervention with a cryptic but direct accusation of sympathies for the pro-independence right: "Don't go to Waterloo so much".

In turn, the Junts spokeswoman, Miriam Nogueras, launched herself against Esquerra without naming them. Alluding to the phrase that Sánchez had dedicated to the popular spokesperson, Cuca Gamarra, underlining that thanks to the PSOE, Catalonia today does not look like the Catalonia of 2017. Nogueras did not let that soft ball pass: “It is true, thanks to the PSOE and some Catalan parties that give them stability, today Catalonia does not look like that free and unapologetic Catalonia of 2017”. The spokeswoman criticized the dialogue table with Catalonia and in her intervention on the content of the matter, on the espionage of the independence movement, she subscribed to the discourse of the rest on the lack of democratic quality in the country, although in her case she gave it up for lost by drawing it as a evicted democracy.

The tone of Ferran Bel, spokesman for PDECat, was very different, and he avoided launching amendments to the whole or nun pinching the rest of the Catalan parties. His intervention —being one of those spied on— was limited to demanding clarification of the facts and to underline that the president's words are completely insufficient to clarify what happened, with mere promises of legal reforms. Serious in his rhetoric, Bel stressed that the matter under discussion is of the utmost seriousness and expressed his absolute disappointment with the president's intervention: "His appearance has not improved the situation."

Mireia Vehí, CUP spokesperson, diagnosed the political rift: “Either you are lying to us, or you and part of your government are being besieged by the sewers, or else you are rendering a service to the country; Or maybe all three things at the same time. And she again put on the table the dilemma that the PSOE is facing and that ran through the entire parliamentary session: "You are going to have to choose between the democratic bloc and the authoritarian bloc."

The Jeltzale spokesman, Aitor Esteban, insisted on this seriousness, expressly underlining the involutionary and illiberal tensions that run through State bodies such as the police, the army or the judiciary, which he blamed for putting an increasingly thin patina of legality on their overtly political pronouncements. He diagnosed that the State demands a reform of democratic deepening and lamented the shaking of the socialists' legs to address legislative changes that affect regeneration and democratic quality "Every time he has had to face a reform he was condescending and did not use surgery" .

“We approved measures for the benefit of citizens. And you spy on us. We make proposals to improve the lives of Basque, Catalan and Spanish workers, and you spy on us. We support the multinational and progressive majority that prevents a far-right government, and you spy on us. We prevent the right from applying its authoritarian agenda of curtailing rights and freedoms, and you spy on us. Does this seem normal to you? Does this seem acceptable to you?" Mertxe Aizpurua, spokesperson for EH-Bildu, was speaking, but she did not raise her tone but she was very severe with the espionage case and criticized the inaction of the executive to clarify the matter. Again, the deep state: "Because if everything that happened was known, what is still in the shadows would be exposed, the so-called deep state, the sewers of the state, which act not only outside the government, but against the government."

In the same vein, the leaders of Más País, Íñigo Errejón, and Compromís, Joan Baldoví, also stressed the risk of democratic involution that emerges with the Pegasus iceberg, which reveals an underlying anti-democratic action in the State.

That was the tenor of the position of the allies of the socialist president, and the exchange of positions was summed up by Aior Esteban in his first words of his reply: “You say that the deep state does not exist, but it exists; you say it doesn't exist, but you suffer it”.