Government, Generalitat and Foment charge against the fiscal challenge of Andalusia

Bugle call in Moncloa to try to counteract the fiscal offensive launched by the two most important autonomous communities governed by the PP in terms of weight in GDP. 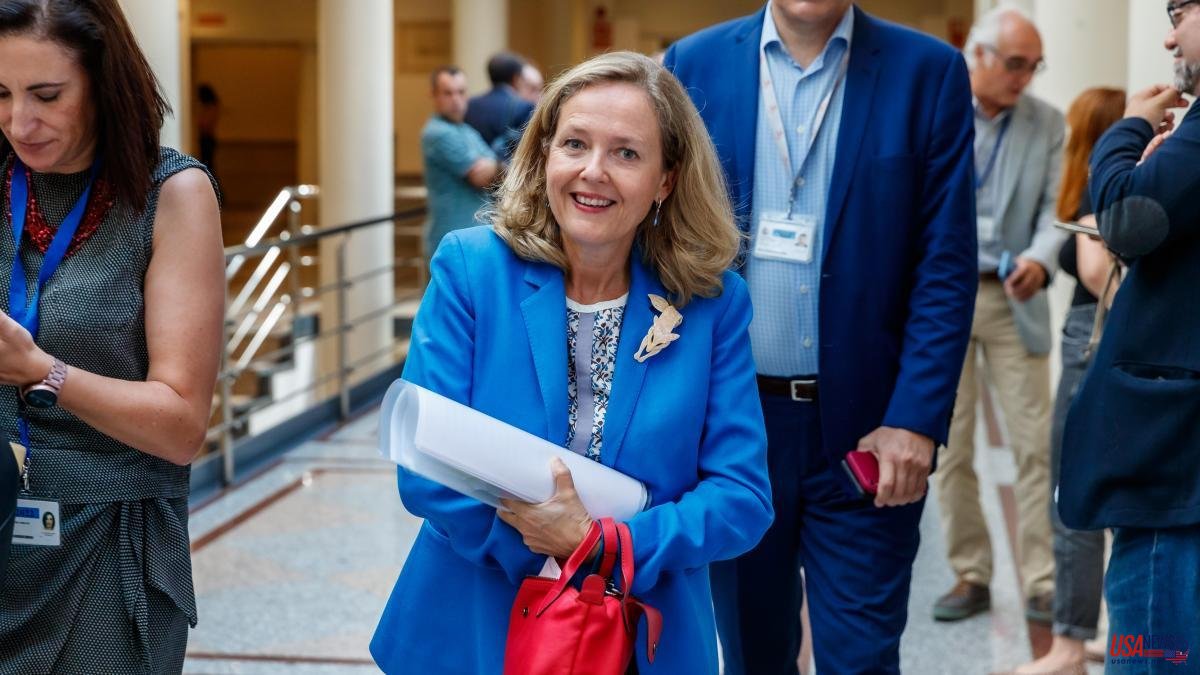 Bugle call in Moncloa to try to counteract the fiscal offensive launched by the two most important autonomous communities governed by the PP in terms of weight in GDP. The abolition of the wealth tax in Andalusia announced by Juanma Moreno Bonilla and the challenging attitude of Isabel Díaz Ayuso stating that it will be "the worst nightmare of people who try to raise taxes" in Madrid has forced a unison mobilization this Tuesday of the Presidency, the ministries of the economic area of ​​the Government and Ferraz to counteract the initiative under the message that the PP only benefits "the privileged". From Catalonia, both the Generalitat and Foment del Treball have charged against the Andalusian president's challenge.

The Government has not been able to take steps in this legislature to harmonize certain taxes transferred to the autonomous communities and the PP executives have slipped into that loophole, who are launching their downward fiscal proposals with an eye on the 2023 electoral marathon Before the last movement of Moreno Bonilla, the ministers of Pedro Sánchez have had to set foot on the wall. “Eliminating taxes on the privileged” means “eliminating resources for citizens”, defended the minister spokesperson, Isabel Rodríguez, from the press conference after the Council of Ministers that approved the temporary reduction of VAT on gas to 5%.

Moreno Bonilla has launched the hook in the morning stating: “I tell the Catalan businessmen that here is their land; in Catalonia there is inheritance tax and donations, not here; in Catalonia there is a wealth tax, not here”, the Andalusian president pointed out. "And, furthermore, here we are never going to become independent because we are a proud part of Spain." Given this, the Presidency and the economic ministries have had to make an effort to "value" Sánchez's fiscal model compared to that of the PP. With the president in New York, the spearhead of the criticism towards the popular barons has been exerted by Rodríguez herself, who has appealed directly to the Andalusians "who are not among those chosen" by the president of the Board. "Andalusia is going to stop collecting millions of euros" and "that translates into less income, hiring fewer doctors and fewer teachers," she added. Along the same lines, Nadia Calviño has expressed herself, defending that "lowering taxes on the rich is a destructive race to the bottom that impoverishes us all". María Jesús Montero, for her part, has said that the Government will continue to protect the middle classes. The Minister of Finance has also insisted in the corridors of the Senate that the deflation of personal income tax, an iconic proposal of Feijóo's PP and that governments of the PP (also the Basque one) have already been adopting, does not fit into her plans.

The PSOE has been more forceful against Moreno. His spokesperson in Congress, Patxi López, has directly referred to the fact that the PP practices “fiscal dumping”. From Ferraz, in collaboration with the Government, graphic material has been distributed to denounce that with the 93 million less collection in Heritage in Andalusia, 25 health centers, twenty schools could be built or 550 family doctors and 1,000 nurses could be hired .

The discordant note has been put by José Luis Escrivá, who in the morning spoke in favor of centralizing some taxes. The minister's words have not gone down well in the government's economic area, although he has made them “in a personal capacity”. The Treasury has quickly discarded the proposal and has highlighted that the plan goes through "greater harmonization that combines fiscal autonomy and, at the same time, avoids comparative grievances" between territories. But the Government has not taken steps to advance in this harmonization and links it to the reform of the autonomous financing system, which is not advancing either because “there is not enough consensus”, indicated Montero.

The cataract of criticism towards the PP has not only come from the Government. The Generalitat, directly alluded to by Moreno's fiscal plan trying to recruit Catalan taxpayers, has defined the initiative as a "populist auction". Its spokesperson, Patrícia Plaja, has directly asked the Andalusian president to guide his policies "putting its citizens at the center". “Leave the Catalans in peace”, she has insisted.

From the business world, the clearest criticism has been that of Foment del Treball. Its president, Josep Sánchez Llibre, has defended that “from no autonomous community calls must be made to companies from other territories to relocate”. Such a battle could end up "severely damaging the economy and the general occupation."