The unexpected twist at the end of the year that is leading to a progressive recomposition of the Constitutional Court (TC) does not resolve the trench warfare that the Government and the Popular Party maintain to renew a General Council of the Judiciary (CGPJ) that already accumulates more than four years with his term expired. 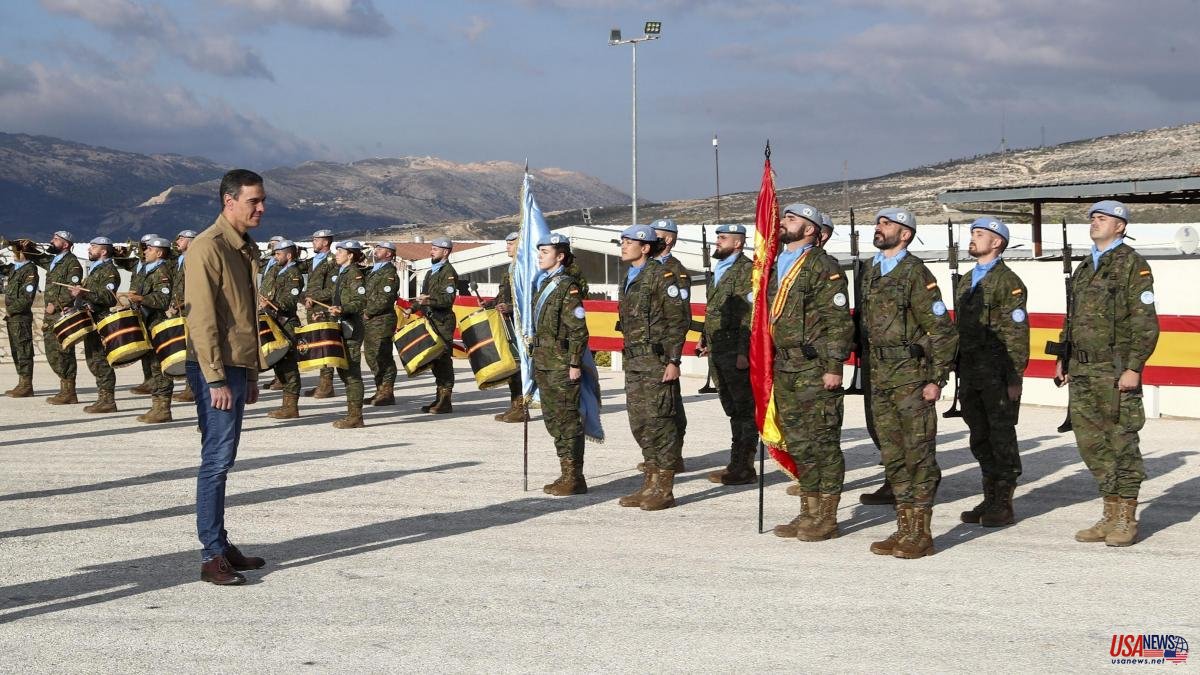 The unexpected twist at the end of the year that is leading to a progressive recomposition of the Constitutional Court (TC) does not resolve the trench warfare that the Government and the Popular Party maintain to renew a General Council of the Judiciary (CGPJ) that already accumulates more than four years with his term expired.

This is evident in view of the divergent positions expressed yesterday by the chief negotiators of both parties, the Minister of the Presidency, Félix Bolaños, and the institutional vice-secretary of the PP, Esteban González Pons. The minister demanded that Alberto Núñez Feijóo comply with an agreement to renew the CGPJ that he insisted that "it is already done." "It would be a matter of seconds," he urged, referring to the new members of the governing body of the judges who had already agreed when, on October 27, the leader of the PP dynamited the negotiation alleging that Pedro Sánchez intended to repeal the crime of sedition, to benefit the leaders of the procés, as it did. "His legs trembled," Bolaños insisted on Feijóo, given the alleged pressure that the PP leader would have received from the toughest sector of his own party to break the agreement.

González Pons, however, agreed yesterday with Bolaños that this agreement to unlock the CGPJ would be very simple, but in practice impossible given the justifications set out: "As long as Sánchez continues to be a moral slave of the independentistas and Bildu, it is very difficult for us to Let's sit down to collaborate with the dismantling of the Judiciary and the rule of law," he warned.

In the Moncloa they have already listed about twenty "excuses" alleged first by Pablo Casado and now by Feijóo to justify the blockade of the CGPJ. From the first of August 2020: "There is no possible pact with those who call for the abdication of the King, the independence of Catalonia and the whitening of batasunos".

The basic arguments of the PP, therefore, are the same. Although on other occasions, to veto the agreement, he maintained that Podemos not take part in the negotiations, that Pablo Iglesias had "attacked" Felipe VI after the emeritus king left Spain, that Sánchez pardoned the leaders of the process, that Dolores Delgado was appointed State Attorney General after having been Minister of Justice or that first the system of election in the Judiciary had to be reformed.

In the Government, the unblocking of the renewal of the TC is celebrated as a strategic success, after the unexpected agreement signed between the conservative and progressive members of the CGPJ who assure that it left the PP “displaced”.

"A bird in the hand is worth a hundred in the bush," some socialist veterans prescribed to guarantee the overturn in the orientation of the majority of the Constitutional, despite sacrificing the initial commitment of the progressives, which was magistrate José Manuel Bandrés, and accepting the proposal of the conservatives, which also included the progressive María Luisa Segoviano. "Bingo," they chanted.

However, at Moncloa they do not now see any provision in Feijóo to recover an agreement to renew the CGPJ which, in his opinion, was already finalized last October. For this reason, the strategy of the Socialists is to put all the spotlights back on the leader of the PP, and redouble the pressure with a strong message: "Feijóo is the only one who does not comply with the Constitution."

It is the same message that Minister Bolaños insisted on yesterday, after accusing the PP of having used "all kinds of tricks" to prevent the renewal of the TC. But, after the agreement to unblock it, "without a doubt the PP was shocked," warned Bolaños.

Impassive to the gesture, Esteban González Pons was ironic with Bolaños's messages. “Do you see me in shock?” he retorted. "Talking about leg tremors is a bit ridiculous," he settled. The reading that the PP transmits of the agreement reached to renew the TC is diametrically different from that of the Executive. In his opinion, the Judiciary gave "a lesson" to the President of the Government, who therefore leaves "sheared" after trying to "impose candidates" for the TC.

Now, the PP demands that the Executive withdraw its two candidates – the former minister Juan Carlos Campo and Laura Díez – for others without political ties. “That the PP wants to appoint the two magistrates that correspond to the Government when the PP governs and also when the PSOE governs is little less than a fool,” Bolaños replied. Not surprisingly, yesterday was December 28.