20 years ago, cycling was another. 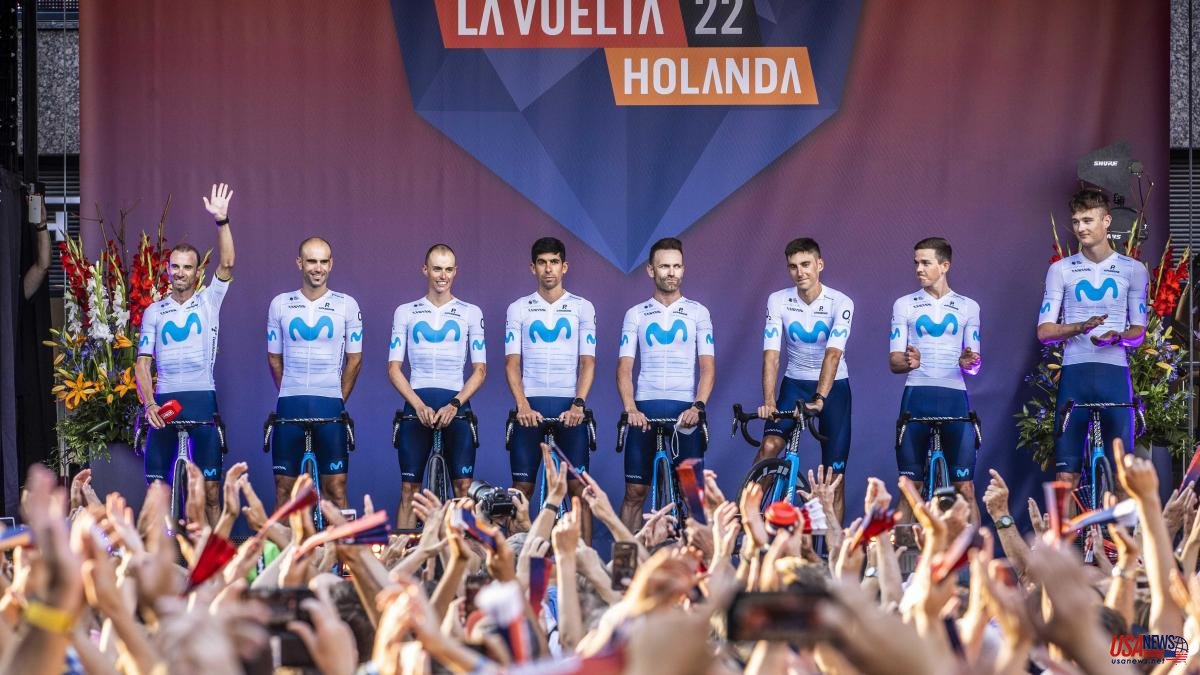 20 years ago, cycling was another. It still retained an old flavor and a very Latin way of doing things, very own, somewhat outdated perhaps but very romantic. Although these were the times of the US Postal, globalization had not yet arrived nor were great Slovenian champions known, such as Primoz Roglic, who as of this Friday seeks his fourth consecutive red jersey, a record. So, the Vuelta a España started from Valencia and not like this time, from Utrecht, always with a team time trial.

That September 2002, Laurent Jalabert, Abraham Olano and Melcior Mauri were giving their last pedal strokes. That was the first three-week grand tour of a 22-year-old boy who was aiming for a figure. His name was Alejandro Valverde and he ran in Kelme. He went home after 15 days but left flashes in Córdoba being fourth and winning the peloton sprint. A year later, the Murcian has already won two stages, in another nine he made the top-10 and climbed to the final podium as third. Almost nothing.

This season Nibali and Gilbert are retiring and Tom Dumoulin has already done so. Two decades later this will be the last Vuelta, the sixteenth, for Valverde, who hangs up his bike at the end of the course.

He says goodbye at 42 years old and Spanish cycling knows that it loses someone special, unique, capable of winning a World Cup, four Lièges, a Vuelta (2009) and being on the podium in the Tour and the Giro. His team has even changed color (from blue to white) as a tribute. "Winning a stage would be milk," says Valverde about what would be his 134th victory as a professional.

It will be difficult. His last victory in the Spanish round dates back to 2019 while Spain has 117 consecutive evenings without glory.

Valverde is leaving, the last survivor of the golden generation, that of Freire, Sastre, Samuel Sánchez, Joaquim Rodríguez and Contador, and for the first time there is no feeling of emptiness. After much waiting, the youngsters come strong. And curiously, it is not those who were called to take over who are excited. Those who grew up in the shadow of Valverde do not finish exploding. Mikel Landa (Bahrain) arrives short of preparation, Enric Mas (Movistar) has become afraid of the descents and has not competed since the covid of the Tour and Marc Soler (UAE) will work for Almeida, as he left everything on the Tour for Pogacar. Neither Rubén Fernández (Cofidis) nor Cristián Rodríguez (T. Energies) have been found in France.

Those who attract attention, those who focus the debate, make them fire up the networks and head the headlines are Carlos Rodríguez (21) and Juan Ayuso (19) -born in September 2002-, who debut with a desire to learn for soon lead and compete for everything. Without forgetting Raúl García Pierna (21) and the Catalan Roger Adrià (24), from Kern Pharma.

Rodríguez, from Ineos from Granada, wears the Spanish champion's jersey, after shining in Valencia, Andalusia, the Basque Country, Occitania and Burgos. The idea is to help Carapaz, Sivakov and Tao. Ayuso, renewed until 2028 by the UAE, won in Getxo and was seen in the generals of the Volta a Catalunya and Romandía, two World Tours, but his mission will be to accompany João Almeida (24) to the end in the nine finals in top of the Vuelta, where another youngster from the new generation, Evenepoel (22), wants to strike like Hindley (26) did in the Giro. Hello, Return.