In the Popular Party, they have been taking advantage of the resounding dissensions of Felipe González and the public unchecking of Emiliano García-Page or Javier Lambán for years. 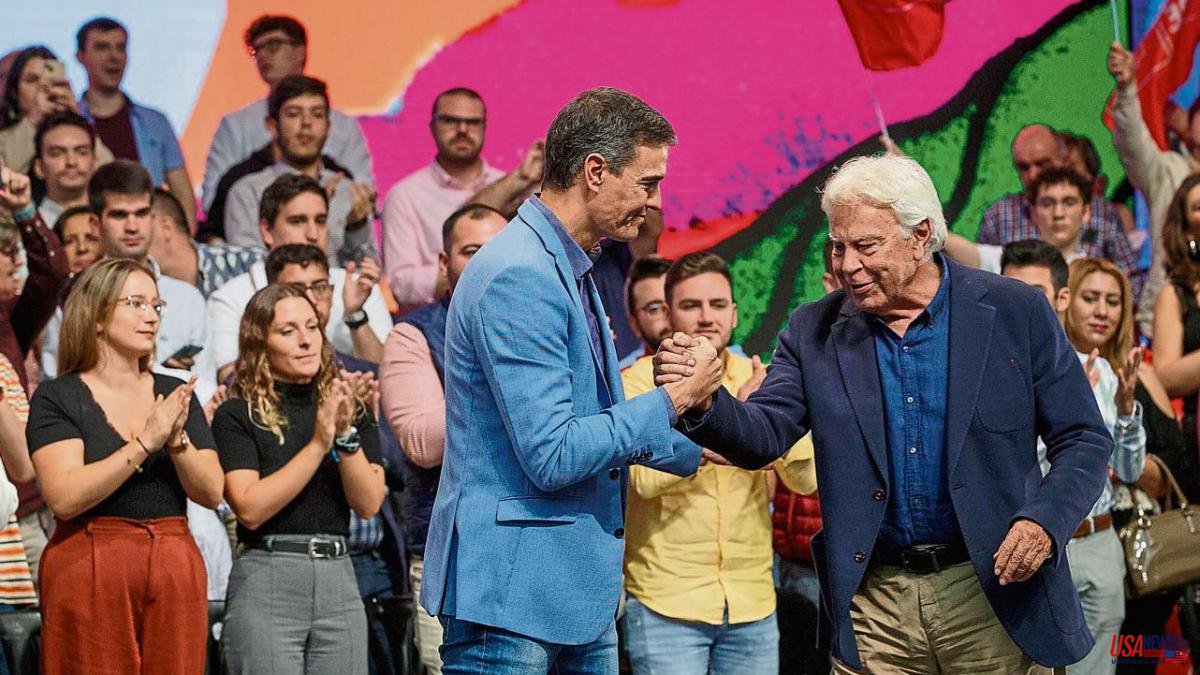 In the Popular Party, they have been taking advantage of the resounding dissensions of Felipe González and the public unchecking of Emiliano García-Page or Javier Lambán for years. They thus highlight their supposed longing for a PSOE, in their true opinion, that these leaders and other veterans of the old guard would represent, who today would be kidnapped by a kind of autocracy called sanchismo.

It is a broad brush resource used by the right, and that in Moncloa and Ferraz they know that it only seeks to consolidate the illegitimacy that hangs over Pedro Sánchez, at the head of the PSOE and in the presidency of the Government, to try to destabilize him.

But it is the same resource used on Friday by the current leader of the PP, Alberto Núñez Feijóo, after breaking the negotiation the day before to renew the General Council of the Judiciary, after almost four years of blockade and already beheaded after the resignation of Carlos Lesmes . Despite blowing up the judicial agreement, Feijóo reiterated his willingness to seal large cross-cutting state pacts. But not with Sánchez, but "with another PSOE". The real one, you understand.

Feijóo's appeal, however, pricked the bone this time, since yesterday Felipe González himself, in a very calculated reaction, lined up with Sánchez to claim the leader of the PP, and just speaking from the political transversality that should inspire the State pacts, which fulfills its constitutional obligation to renew the Judiciary so as not to destabilize democracy and its institutions.

In the act that González starred in Seville yesterday together with Sánchez, to commemorate the 40th anniversary of the 1982 electoral victory before more than 4,000 supporters, the former Prime Minister was explicit. “If someone doesn't like a law, he has the right to change it. What you have no right to do is break it, ”he warned Feijóo.

"It's easy to understand," González summoned the leader of the PP, without expressly citing him. “First you comply with the law, and then you propose that it be changed. But first I don't skip it, or condition it to I don't know what else. That does not serve to stabilize democracy or improve coexistence”, stressed the former socialist president, without alluding to a reform of the crime of sedition that Feijóo uses as a justification for breaking off the negotiations to renew the head of the Judiciary. "We have to preserve coexistence as a treasure," González settled.

Sánchez, thus sheltered by the former president, claimed that same coexistence that encourages the Constitution, against a PP that regrets that it does not even recognize his legitimacy as head of the Executive. “It is evident that there are political rivals, but never political enemies. We strive to win with reasons, but we recognize the result in electoral victory and defeat. And we are always governed by democratic laws and we observe the Constitution to the letter”, stressed the leader of the PSOE.

“When we win, we respect the institutions, and when we lose too. If the interest of the State is at stake, we close ranks around the Constitution when we are in government. And if we are in the opposition, we do the same in support of the Government”, Sánchez insisted.

“We have shown some evidence throughout our years in the opposition,” he said, in a veiled allusion to his support for the executive of Mariano Rajoy to apply article 155 of the Constitution in Catalonia after the unilateral declaration of independence in 2017.

Sánchez abounded in González's warnings. "The Constitution must be fulfilled from beginning to end, from the first to the last of the articles, every day of the year, whether you are in government or in opposition," he defended. "As Felipe said, that from political parties the Constitution is shamelessly breached is the defeat of moderation and the triumph of extremism, because it deteriorates our democracy and coexistence," he stressed. In Moncloa they warn that the rupture of the judicial pact definitively cracks the image of moderation and pactism with which Feijóo sought to distance himself from the profile of his predecessor at the head of the PP, Pablo Casado.

The President of the Government also used the "full political autonomy" of the PSOE, against a PP that he considers bent on other interests, which in his opinion is what led Feijóo to blow up a judicial pact that was already finalized. “The PSOE is a party free from any pressure group, however powerful it may be. To those powers and interests, which, as we have seen these days, have trapped other political parties, we say loud and clear, and calmly, that the PSOE is an autonomous project, which will always defend and will only serve the social majority of Spain, never to privileged minorities as happened in the past”, he stressed.

"The PSOE is a project for change," Sánchez also pointed out, taking advantage of the socialist commemoration in Seville. “For the change” was the simple but forceful campaign slogan that a publicist gave to the PSOE and with which González ended up sweeping the elections of October 28, 1982, with more than 10 million votes – 48% of the total. – which became an absolute majority of 202 deputies to promote the first left-wing government in Spain since the Republic. Forty years later, after four years in Moncloa–although there are now only 120 socialist deputies in Congress–Sánchez thus wants to recover the banner of change, and that illusion that González's first victory aroused, before a new electoral cycle in the that Feijóo aspires to evict him from Moncloa.