Going to the World Cup in Qatar is still possible

If one day Gianni Infantino, president of FIFA, manages to convince the world of football and fulfill his dream of setting up the World Cup every two years, surely the magic of the tournament will not be the same. 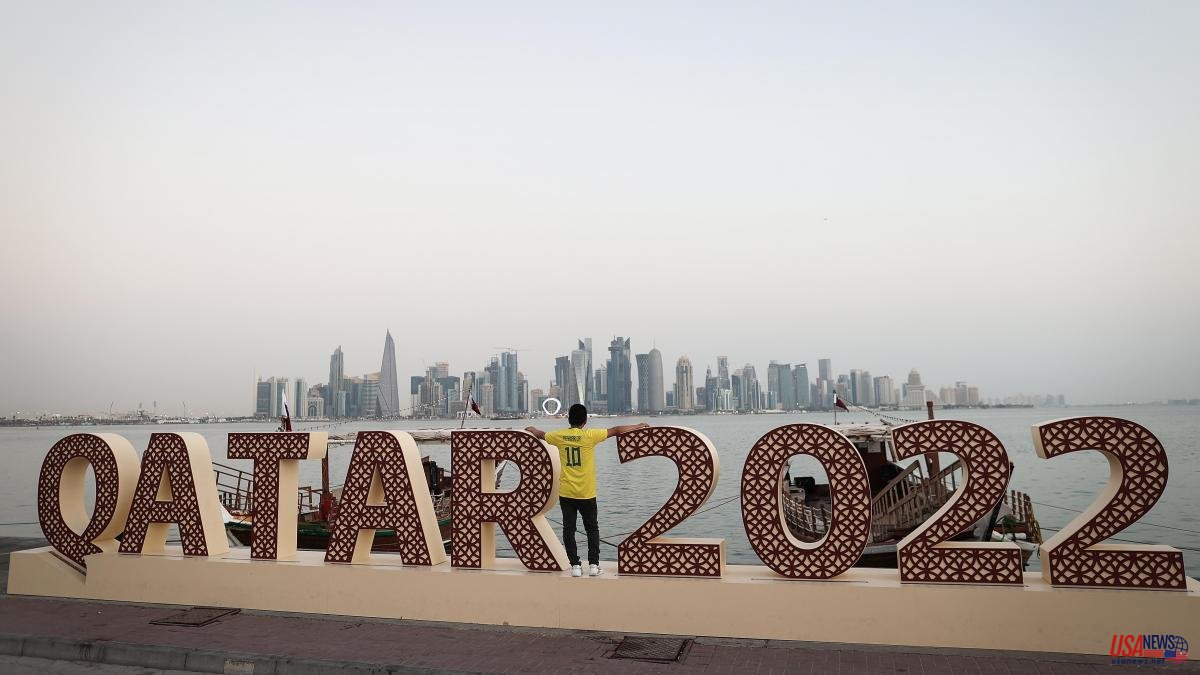 If one day Gianni Infantino, president of FIFA, manages to convince the world of football and fulfill his dream of setting up the World Cup every two years, surely the magic of the tournament will not be the same. But until that time comes, the World Cup is still the greatest thing. For the footballers and also for the fans. So every four years, for a month, the world stops and watching on television, for example, a Senegal-Uruguay becomes an event. But packing your bags, getting on a plane, getting tickets and witnessing it live already places the fan in another dimension. The one of the chosen ones.

Qatar hosts the strangest World Cup in history since Sunday, all concentrated in eight stadiums located around an artificial city built in the middle of the desert. And being a chosen one is still a real possibility for anyone who wants it and his pocket allows it. With less than a week to go until the start of the tournament – ​​the opening match will be played on Sunday by Qatar and Ecuador – there are still tickets available, free hotel rooms and plane seats for sale. The dream is possible.

Although the organization has announced that fans without a ticket will be able to enter Qatar from December 2, once the group stage is over, the first step to fulfill the dream is to get a ticket.

Let's take as an example a couple of fans of the red who want to enjoy Spain's debut in the World Cup, which will take place next Wednesday 23 against Costa Rica at the Al Thumama stadium. Although the tickets that went on sale in the first batch were sold out, FIFA still has last-minute seats for all those fans who want them. Although there are several parallel websites that offer locations, the official ones can only be obtained through the official FIFA portal. Prices range from 225 euros for the cheapest to 350 for the most expensive, always sitting together.

Saved this first hurdle, you have to fight for accommodation. For security reasons, the Qatari government wants to control all the fans who enter the country, so having a fixed address is essential to then apply for the Hayya, the visa that Qatar requires to enter the country, the last step of this little adventure that will also allow free access to Doha's modern public transport system.

Despite the obvious hotel limitations, the offer of rooms is still wide and varied less than a week before the start of the World Cup. The most eccentric option, but not the cheapest, is certainly to rent a modern tent on the island of Qetaifan. Although it is far from the center, in Lusail, and does not have a private bathroom, this option allows you to enjoy the Qetaifan Beach Festival a few meters away. The night for two people costs about 200 euros on the dates of Spain-Costa Rica. If your pocket is tight and your budget rules, there is no doubt that Al Wakrah, south of the capital, is the undisputed destination. The Al Janoub Cluster offers the cheapest rooms, about 80 euros for a double, with a private bathroom, 24-hour reception and free Wi-Fi. On the other side of the scale are all the big hotel chains, which still have rooms available in their elegant buildings in the center of Doha from 500 euros per night.

The last step, prior to the official request of the Hayya, should be the reservation of the flights and it is surely the simplest. There are multiple options to travel to Doha from Barcelona or Madrid. The cost is about 725 euros with a stopover, and 1,200 without stopovers on the chosen dates.

Going to the World Cup in Qatar is still possible.