GoHub Ventures, Global Omnium's corporate investment fund, today brought together more than 150 investors and venture capital funds from Spain and other countries around the world in Valencia during its Investor Day 2022. 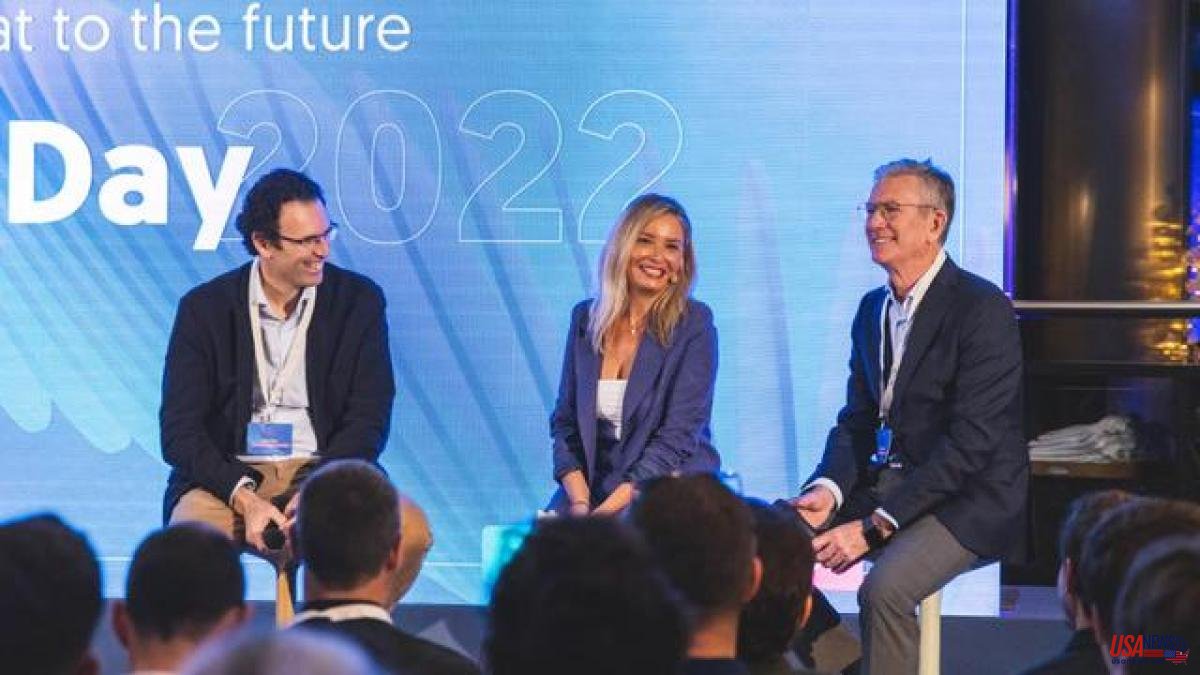 GoHub Ventures, Global Omnium's corporate investment fund, today brought together more than 150 investors and venture capital funds from Spain and other countries around the world in Valencia during its Investor Day 2022.

In its third edition, held at the Oceanogràfic, the launch of its second investment fund, GoHub Ventures II, has been announced, endowed with 60 million euros for Series A rounds of startups in Europe, the United States and Latin America, as well as the imminent opening of GoHub Miami. "Thus, we are redoubling our commitment to investment in technological innovation and digital solutions," said the president of Global Omnium, Eugenio Calabuig.

For her part, Patricia Pastor, general director of GoHub Ventures, offered a tour of the fund's four years of life, in which she thanked both Eugenio Calabuig for their support and Jaime Barba's contribution of "knowledge and technology" to the fund. in front of Idrica, the group's technological solutions platform.

Pastor explained the essence of GoHub Ventures: “We invest in digitization. We are not an impact fund, but with impact. But above all we invest in the best founders, the ones who are changing the rules to live, work and enjoy a better life.”

As a corporate venturing company of Global Omnium, GoHub Ventures has already invested 18 million euros and has a portfolio of 23 startups, not only from Spain, but also from Europe, Latin America and Asia-Pacific. In this way, the total valuation of its investees, with more than 700 employees, exceeds 350 million.

At the meeting, eight of GoHub Ventures' "leading startups" have shown their digital solutions focused on process automation and efficiency in industries and businesses, through technologies such as artificial intelligence, augmented reality, natural language processing or metaverse .

Investor Day has thus become a great showcase for startups: Nymiz, NeuralSpace, Fracttal, Auravant, Vozy, Wenalyze, Onirix and Union Avatars have had the opportunity to connect with the global investment ecosystem with the aim of raising funds for their expansion.

One of the great moments has been the speech from Silicon Valley by Enrique Lores, CEO of HP and graduate of the Polytechnic University of Valencia. "Beneath the negatives there are always countless opportunities. At times like this, the companies that focus on those opportunities will win the future," he said.

In addition, Mariano Amartino, general director of Microsoft for Startups for America, and Federico Jack, investment partner of the Myelin VC fund, have also participated in Investor Day. For his part, Gabriel García da Rosa, Director of Global Development at Nowports, has shown the success story of this Mexican unicorn that has transformed logistics in Latin America.

The event ended with the presentation of Qatium, a startup created within the group for intelligent and efficient water management.