"God save the King": a crowd greets Charles III on his arrival at Buckingham

King Charles III has shown this Friday an image of closeness and kindness by shaking hands and personally greeting the hundreds of admirers who awaited his arrival from Scotland at the gates of Buckingham Palace in London. 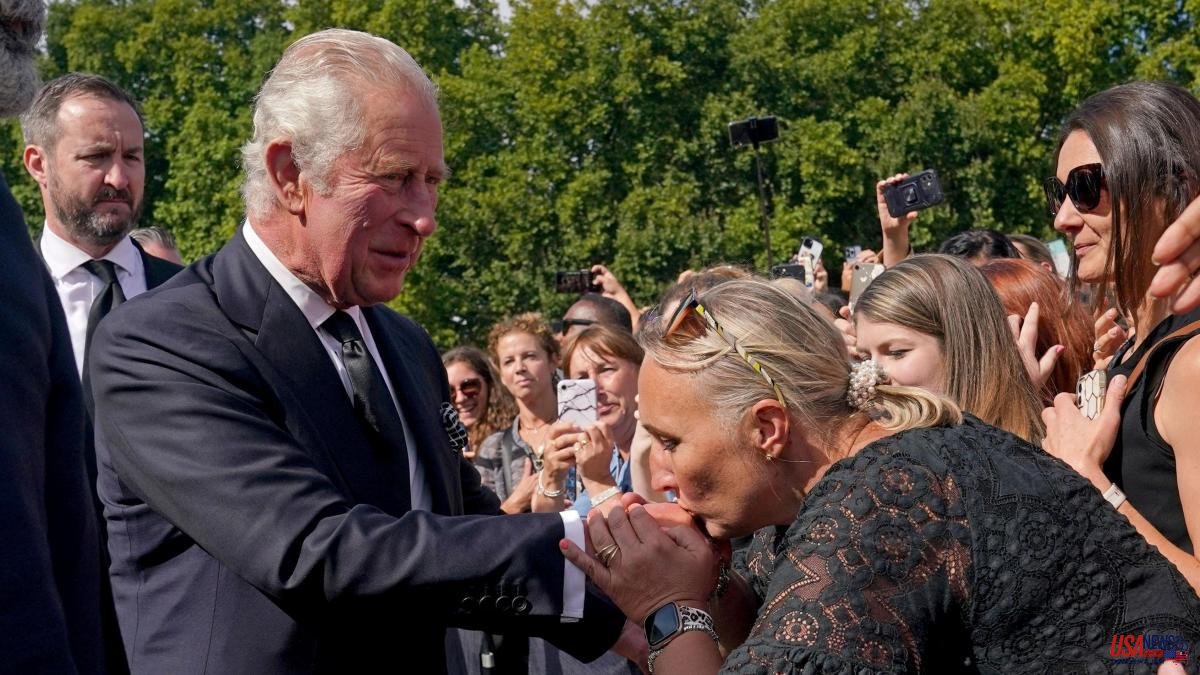 King Charles III has shown this Friday an image of closeness and kindness by shaking hands and personally greeting the hundreds of admirers who awaited his arrival from Scotland at the gates of Buckingham Palace in London.

Dressed in a dark suit, the eldest son of Elizabeth II and Prince Philip exchanged words with the crowd, who smiled at him affectionately and at some point sang the first verses of the national anthem, which changed the word queen to king when imploring God Save The King.

The 73-year-old king has spent a long time walking the lines of supporters behind the fences, closely guarded by his security team.

Afterwards, she reviewed with Camila, the queen consort, the flowers deposited in honor of her mother, who died this Thursday at the age of 96 in the Scottish castle of Balmoral.

With this close attitude, Carlos III, who as heir defended multiple causes and intervened in public life, seems to indicate that he will maintain his contact with the citizenry, in contrast to the more distant style of Isabel II.

Carlos III is scheduled to receive this afternoon at Buckingham Palace, in principle his new official residence, the British Prime Minister, Liz Truss, before his first pre-recorded televised speech to the nation is broadcast at 5:00 p.m. GMT.