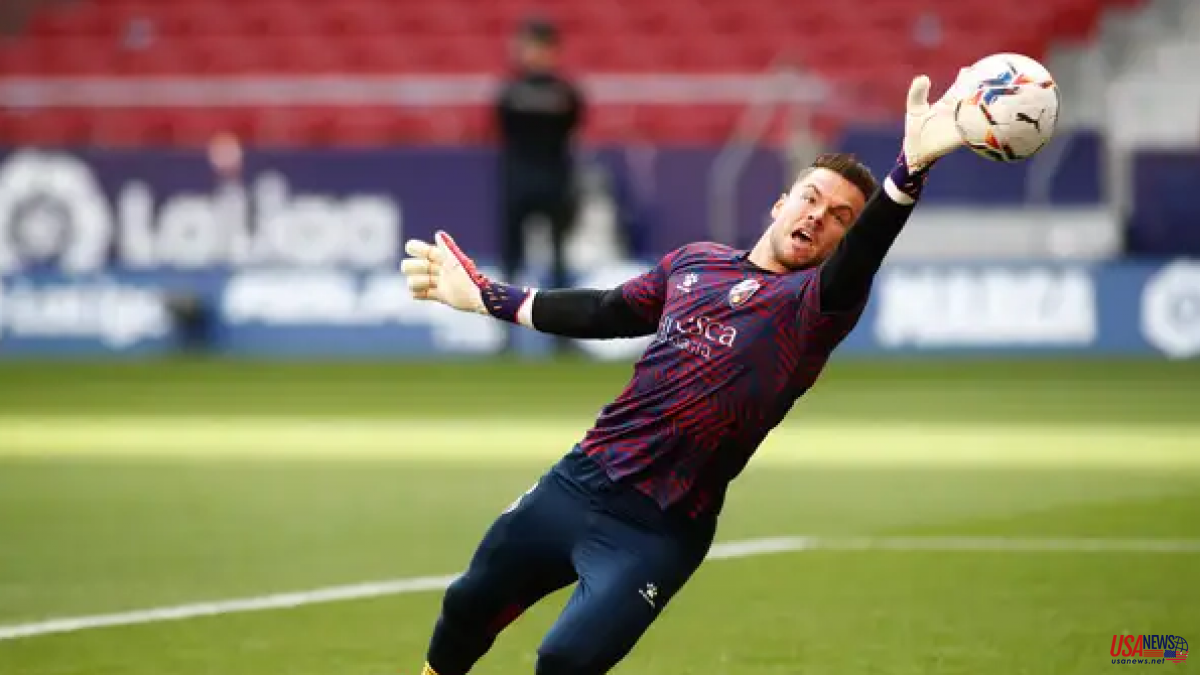 In the absence of official confirmation, goalkeeper Álvaro Fernández, 24, will become Espanyol's eighth signing. The Riojan arrives on loan from Huesca, although last season he was on loan at Brentford in the Premier League, where he played 12 games as a starter with a balance of three wins, two draws and seven losses.

The goalkeeper made his debut in the First Division in the 2016-17 season with Osasuna in the duel against Villarreal, in the only match that year in the top flight, and it was with Huesca three seasons later, in 2020-21, when he acquired experience in the Santander League as the starting goalkeeper in 22 games. That course, however, the Huesca team went down to Second.

For Fernández, his signing for Espanyol is undoubtedly the biggest challenge in his short career. The one from Arnedo was formed from 2014 in the Osasuna youth team and two years later it was consolidated in the Navarrese subsidiary. In 2017-18 he tried his luck in Monaco's second team and the following year he made his debut in the Spanish Second Team with Extremadura.

Finally, he would consolidate in El Alcoraz and now he could start his Blue and White stage prematurely next Sunday against Athletic due to the sanction of the starting goalkeeper Benjamin Lecomte. The Frenchman was sent off last day in the last minutes of the defeat against Real Madrid in Cornellà.

The perico coach, Diego Martínez, will have to choose at the San Mamés stadium between Fernández and the young Spanish academy player Joan García, who last year already played four games between the Copa del Rey and the League in the absence of the then starting goalkeeper Diego López.

In principle, Fernández will not be the last signing of Espanyol in the last two market days. The first three days of the League, settled with one point out of nine, have accentuated the need for several additions, something that both the coach and the sports director, Domingo Catoira, have been announcing for several weeks.