"Glovo will enter benefits within two or three years"

The German group Delivery Hero is the new owner of Glovo, one of the leading startups in Barcelona dedicated to home delivery. 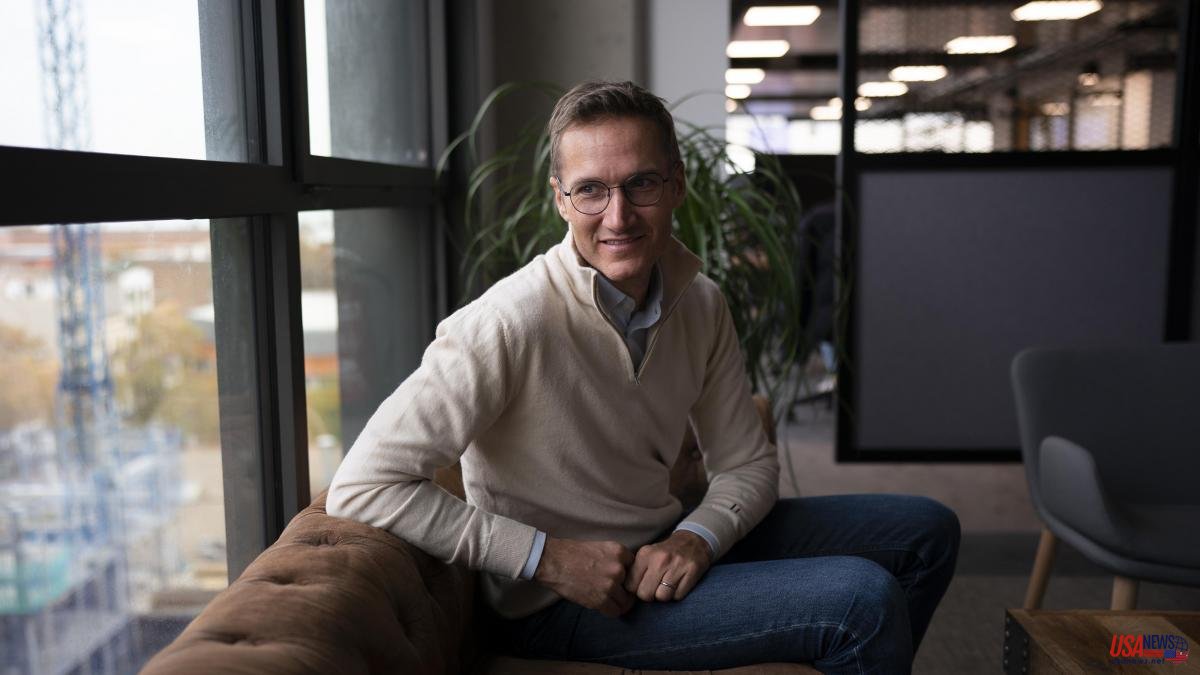 The German group Delivery Hero is the new owner of Glovo, one of the leading startups in Barcelona dedicated to home delivery. After the acquisition materialized in July, the CEO, Niklas Östberg (Skinnskatteberg, Sweden, 1980), addresses the future of the business, taking advantage of an institutional visit to the new – and immense – offices that Glovo occupies in the Poblenou neighborhood.

How do you rate the first months of integration?

Fine. Delivery Hero is offering Glovo all his support, resources and knowledge to move the business forward. I think he has a bright future ahead of him within the group.

The Barcelona offices are strategic. In addition to running the Glovo business, they develop technology on a global scale. They employ 1,700 people and are the second largest technology hub after the Berlin headquarters, which employs 2,900 people.

What future prospects does Glovo's business have? A few months ago, some investors questioned the acquisition because it has always generated millions in losses...

Investors were nervous about the macroeconomic situation. Before 2022, they looked at the profitability of their businesses in five or ten years, and now, they want to obtain it almost immediately. It is true that Glovo is a company that loses money. This year it will close with a negative result of 300 million euros. However, I am convinced that it will reach benefits within two or three years.

I believe that Glovo still has opportunities to gain users in the 25 countries where it operates and perhaps by entering a new market. In addition, it has also started to improve operational efficiencies.

Does that mean you are cutting expenses?

No. Investment continues to grow compared to the previous year, but it does so at a slower rate. We do fewer marketing campaigns, we renegotiate our pricing policy with suppliers and in some deliveries, we raise consumer rates. This strategy is the philosophy of the group, which has 12 brands operating in Europe, Africa and America.

Due to the macroeconomic situation, many technology companies have also started laying off staff to reduce costs and achieve profitability in the short term. Is it a strategy that you also contemplate?

As a group, we are not going to carry out collective layoffs, but we do plan to reduce the rate of hiring. If in recent years the workforce grew at 50% per year, now it does so at 10%.

Will the same thing happen in the case of the Glovo squad?

It is not yet clear and I do not have deep knowledge of this subsidiary. In specific projects, there may be cuts.

How does the number of distributors evolve?

Will there be any change in the work model? The Government has promoted a reform of the Penal Code with the aim of imprisoning employers who fail to comply with the labor law and, a year ago, the rider law came into force, which requires the conversion of self-employed couriers into employees. In addition, the Supreme Court has ruled in the same direction.

We do not plan any model changes. We always comply with Spanish law and we are aware that the delivery people are happy with the self-employed model. They have flexible hours and the possibility of working as many hours as they wish.

With the legislative changes and the sanctions of the Labor Inspectorate, the State has launched an offensive so that the delivery platforms hire the delivery men as employees. Has Delivery Hero met with the Government to talk?

No. In general, we have a good relationship with the governments of the 70 countries where we operate because we contribute to generating wealth. In Barcelona, ​​I think there is a need for greater recognition of the value that businessmen bring to the economy of a country. In the case of Glovo, the entrepreneurs Oscar Pierre and Sacha Michaud have done a fantastic job since they started the business in 2015. Hopefully they stay within the group forever.

The sale has not satisfied all the shareholders of the Catalan company. The pact contemplated the exchange of Glovo shares for Delivery Hero shares and it has turned out that from January to July – the period between the agreement being closed and it materializing – the German group's shares have fallen by around 60%. Has it been a good operation for Delivery Hero?

That is relative: the group has invested less money than expected -395 million euros- in the issuance of new shares for Glovo investors, but it is also true that, this year, the valuations of startups are trading downward and that the shares of the Catalan startup would also be worth less taking into account the situation.

In fact, due to the 60% drop in the share, Glovo has ceased to be a unicorn, as its valuation fell below 1,000 million euros compared to the 2,300 it was worth in January.

As I said, the macroeconomic situation has been unfavorable. With rising interest rates, inflation and recession fears, every tech company has suffered. In fact, if Delivery Hero is compared to other delivery platforms, its situation is not worse, but better.

Could the group have done things better to stop the fall on the stock market?

No. Delivery Hero is doing very well. With the philosophy of increasing revenue and improving efficiencies, we are going to obtain a net profit by the end of 2023 and register an ebitda (gross profit) of 1,000 million euros in the fourth quarter of this year. Billing is also growing. In the third quarter, it increased by 28%, to 2.5 billion euros.

How are they going to get it with Glovo's losses?

United Arab Emirates, South Korea and Norway are examples of highly profitable countries. On the other hand, the markets of central Europe, such as Germany, where we were born in 2011, are much more complicated.

Being present in multiple cities, the operation is more complex. On the other hand, in the most profitable countries, the activity is concentrated in one or two large cities, and this lightens costs.

One of Delivery Hero's big bets is quick commerce, which consists of deliveries of supermarket, electronics and trade products, in general, in less than 30 minutes. How does it evolve?

This division represents about 10% of revenue. Restaurants continue to generate the large volume of business. The truth is that the supermarket channel is still a great challenge, the consumer is not in the habit of making last-minute purchases through platforms. Everything will come.

Since the birth of delivery platforms, delivery times have not been significantly reduced. Why?

As a group, our average time is 22 minutes, but each platform has its own. In this sector, costs skyrocket significantly with deliveries under 15 minutes. Now, reaching this goal is not a priority.

Do you plan to make other significant purchases such as Glovo?

We are always on the lookout for new opportunities, but at the moment it is not a priority to gain a mass of users. Instead, we want to acquire small startups with cutting-edge technologies. In Barcelona, ​​we have already made two investments in companies whose identities we cannot reveal.