Valentín Mariano José Castellanos Giménez, known in football as Taty Castellanos, a 23-year-old Argentinian from Mendoza, is Girona FC's first signing for its return to the Santander League. 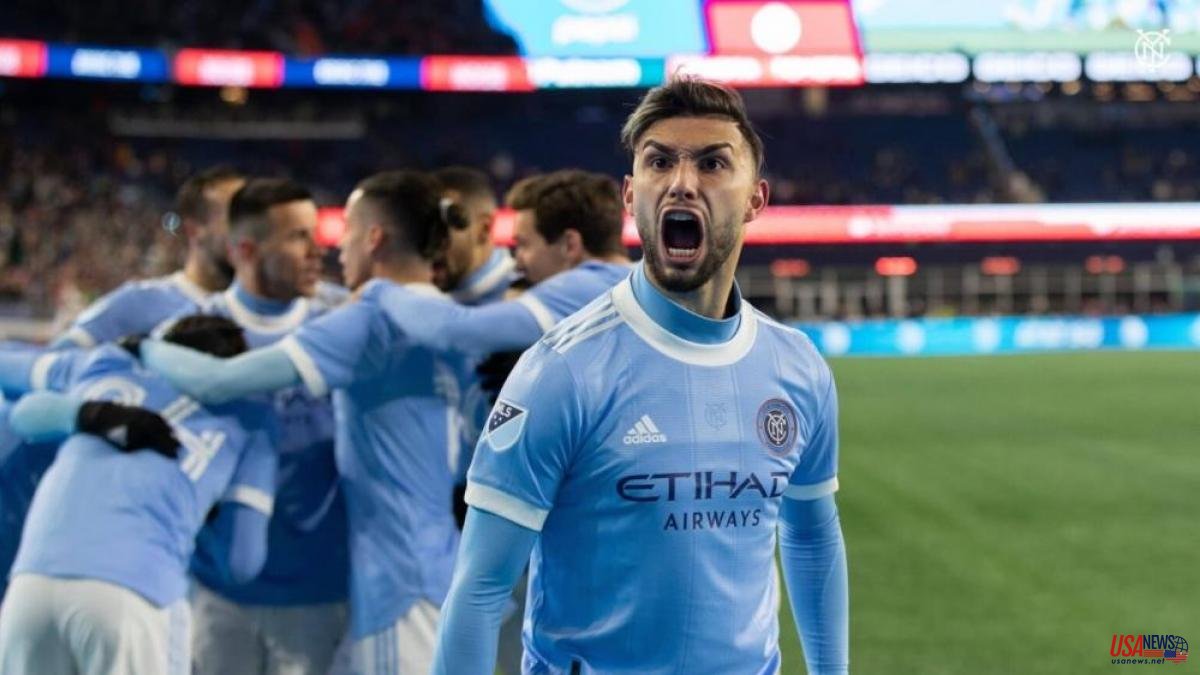 Valentín Mariano José Castellanos Giménez, known in football as Taty Castellanos, a 23-year-old Argentinian from Mendoza, is Girona FC's first signing for its return to the Santander League. The 23-year-old striker arrives from New York City with the label of top scorer in MLS, with 13 goals in 16 games. The Montilivi club has also announced the additions of David López, who arrives free after leaving Espanyol for the next two seasons plus an optional one, and Yan Couto, who returns to the club on loan after having already been in the 2020/21 season,

As confirmed by Girona on their social networks, Taty Castellanos is the first signing of Míchel Sánchez's team to reinforce the lead. He will arrive on loan until the end of the season.

The Argentine played the last game on Sunday with the team from the City group against Inter Miami (2-0). The New York fans already took his goodbye for granted and said goodbye by chanting his name at the end of the match.

A few days ago, the coach of Girona, Míchel Sánchez, took the imminent arrival of Castellanos for granted thanks to the business relationship between the Catalan club and the City Football Group, owned by Abu Dhabi and based in Manchester, of which Girona FC are a part. , the City of Guardiola or the New York of the MLS.

"Castellanos is a player from the City group, and it was very difficult for him to come to the Spanish League if it wasn't through having an agreement with the group. He is a high-level striker, who seems to be coming", he expressed. the coach of Girona.

Taty Castellanos arrived at New York City in November 2018 from Montevideo City Torque. In the New York club he scored 23 goals in 36 league and cup games last year; a figure that led him to win the MLS Golden Boot and to be chosen as the best player in the league, in addition to achieving the title.

The striker is a U23 international for Argentina.

Barcelonan David López (32 years old) signs with Girona for two seasons plus an optional one after leaving Espanyol free, where he played eight seasons and played 240 games, becoming captain. His parakeet symbol thus lengthens his career in elite football.

For his part, the young Brazilian winger Yan Couto, 20, will play for the second time on loan from Manchester City. Couto returns to Catalan lands after promotion to the First Division to spend his third season on loan from City. Last season he played for Sporting de Braga and played 42 games: 28 in the League, nine in the Europa League, three in the Cup and two in the League Cup.